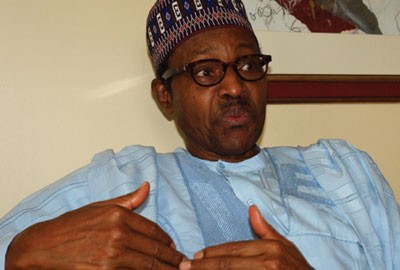 Firstly, it is befitting that Fashakin is spokesman to a party founded by a man who outlawed truthful reporting that embarrassed his government when he was in power as a military dictator. Obviously, the apple did not fall far from the tree. If the master does not like inconvenient truths, how can the puppet stomach it?

One would have expected Fashakin to dwell on the issues raised by Dr. Abati’s statement viz that; President Jonathan went to Addis Ababa to represent Nigeria’s interest. That he rightly judged a meeting with fellow Heads of States Governments which centered on moving forward on the Lagos-Abidjan highway (which is vital to Nigeria’s economic interests in West Africa) to be more important that addressing the general gathering. That Nigeria lost nothing as the very words that the President would have spoken were spoken by his representative, the Minister of Foreign Affairs.

But rather than address these factual points, Fashakin chose to cast aspersions on Dr. Abati’s past and to make doomsday prophecies for his future.

But, let us place the pasts of both Dr. Abati and Mr. Fashakin side by side. Before Reuben Abati became Presidential spokesman, he was the most widely read columnist in Nigeria as well as chairman of the editorial board of the Guardian Newspaper, Nigeria’s flagship newspaper. A First Class graduate of Theater Arts from the University of Calabar and best graduating student of  the University of Calabar for his year as well as a recipient of various national and international prizes for journalism including, the Cecil King Memorial Prize for Print Journalist and the Fletcher Challenge Commonwealth Prize for Opinion Writing. He is also a Humphrey fellow, a lawyer and a honorary member of the Nigerian Institute of Letters.

Now, as to the future, no one but God can determine any man’s future. So for Fashakin to say that Abati’s future is sinking is to say the least ungodly.

I have a different theory however to Fashakin’s vituperations. It is my opinion that the CPC has been very embarrassed by its founder, Muhammadu Buhari’s recent statement which sounded almost like an advertisement for Boko Haram that they are looking for a fall guy to divert attention from Buhari.

Nigerians have not forgotten that only last week Buhari  said “When the Niger Delta militants started their activities in the South-South, they were invited by the late President Umaru Yar’adua. An aircraft was sent to them and their leaders met with the late President in Aso Rock and discussed issues. They were given money and a training scheme was introduced for their members. But when the Boko Haram emerged in the north members of the sect were killed”.

I personally believe that it is to cover this embarrassing statement that Fashakin has sought to target Rueben Abati.

Finally, I must say that it is surprising that Fashakin thinks that the PDP led government is sinking along with Abati. Perhaps here we can consider some facts, those precise things that Fashakin seems to be allergic to. Only weeks ago, council elections were held in the Federal Capital Territory and the PDP swept the polls in a most credible election that was heavily monitored. The CPC did not win even one council. Now if the proof of the pudding is in the eating who between the Presidency, Abati and the PDP on the one hand and the CPC is sinking?

For the answer to that question, Buhari and Fashakin may want to consult their legislators in the National Assembly who disobeyed the directive of Buhari and the CPC not to vote for the Emergency Declaration in Yobe, Borno and Adamawa States and sided with President Jonathan and the PDP by voting overwhelmingly for the measure. If your own legislators are siding with your enemy then you are not sinking. You have sunk.