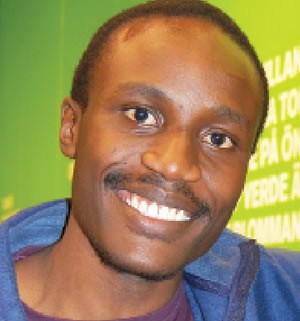 I recently visited Dubai for the first time. Before then, all I had to go by were tales highlighting the city’s growing attractiveness to Nigerians (it’s where James Ibori was arrested in May 2010; where D’Banj, also in 2010, met Kanye West; and where Tuface wedded Annie Macauley the other week).

I could easily see why Dubai appealed to (wealthy) Nigerians: For one, there are the malls. Dubai is home to the largest shopping mall in the world, which is just what you need if you’re a Nigerian with more money than you can spend. There’s also the surreal beauty of the “new” town – glass, steel and concrete colliding to send every second or third building into the highest heavens. The most ambitious skyscrapers and shopping malls in Lagos and Abuja will look like Lego models when placed next to Dubai’s humongous developments.

But no, this is not a paean to a desert city-state. Dubai can seem a bit too much. It’s hard to shake off the feeling that much of the construction is happening merely for the sake of it. We’ve got money, we can spend it; we can turn this place into anything we want. We can make it impossible for you to ignore us. That sort of thing.

British writer, AA Gill, wrote a fascinating essay on Dubai for Vanity Fair two years ago. It’s titled “Dubai on Empty”. “The only way to make sense of Dubai,” Gill writes in the opening line, “is to never forget that it isn’t real. It’s a fable, a fairy tale, like The Arabian Nights.” He also says: “Dubai suffers from gigantism—a national inferiority complex that has to make everything bigger and biggest. This includes their financial crisis.”

It’s mostly true. Fuelled by oil wealth and ego-tripping, Dubai went on a building spree. And it did get into trouble, requiring a multi-billion dollar bailout from neighbouring Abu Dhabi to rescue it from looming bankruptcy and economic collapse during the meltdown.

Yet, I think Dubai is still very much useful to us in Nigeria – as an excellent starting point for much-needed debate about development. There are Dubai-inspired questions Nigeria’s leaders and the educated class should be discussing feverishly:

How should cities develop? How much of a city is the vision of its leaders, and how much is the unfolding of time and chance? Is there anything like a Nigerian vision of city/urban development? How much of development should be driven by human ego and nationalistic pride (think of Dubai’s Burj Khalifa, the tallest building in the world), and how much should be deeply rooted in local context and practical needs?

For example, you can’t see a Tinapa and not think of the Dubai Mentality. Questions immediately come to mind: Was Tinapa a smart move? How did such an impressive project end up the way it did: next-to-abandoned for years, a cautionary tale for dreamy-eyed capitalists?

We’ve of course been-there-and-done-that in Nigeria, with regard to ambitious infrastructural developments. As the Giant of Africa, fired on by the oil boom of the early 1970s, we splurged. That was when we learnt to spend money. The Lagos-Ibadan Expressway, the Murtala Muhammed International Airport, Ajaokuta Steel Mill, Lagos National Theatre, Eko Bridge, Lagos National Stadium, FESTAC, The Warri and Kaduna refineries, and a good number of university projects – all those dreams were born during that decade of Champagne, Cement and Lace.

Sometimes, Dubai’s brand of capital ‘A’ Ambition is needed, for purposes of national pride. That’s when you host FESTAC to show the world the glories of the Black race. That’s when South Africa hosts the World Cup to show that Africa too can do it. Benefits sometimes come from those ambitions: because of the World Cup, South Africa undertook large-scale upgrading of its transport infrastructure: BRT systems were launched for host cities, for example, and Johannesburg’s O. R. Tambo Airport got the sort of upgrade that the Murtala Muhammed International Airport desperately needs. Long after the World Cup, these things will continue to be useful to South Africa – as long as they manage to master something we’ve never learnt to in Nigeria: the art of maintenance.

I’m also now thinking of the China model, where a lot of the development going on is in response to and in anticipation of the rising prosperity of citizens. The recent high-speed rail service between Beijing and Shanghai makes it possible to travel between the two cities in as little as five-and-half hours. Compare that with Lagos-Kano, a shorter distance than Beijing-Shanghai, but which currently takes about 30 hours to complete. It is sad that a hundred years after the British had the vision to develop a railway line between Lagos and Kano, we’ve not managed to take that vision further – the trains are still travelling at the same speed at which they travelled a century ago.

And therein lies one of the major failings of Nigerian infrastructure development: Vision. When the Murtala Muhammed International Airport was commissioned in 1979, it must have been a masterpiece, modelled as it was after Amsterdam’s Schiphol Airport. In the three decades since then, the population of Lagos has quadrupled. Yet, that airport has stayed the same in size, and fallen apart in quality.

Ditto the Third Mainland Bridge, commissioned in 1991. At 11 kilometres it was, and perhaps still is, the longest bridge on the continent. Alas, in the two decades since, we haven’t seen a single new bridge similar in scope. Yet, Lagos has continued to grow.

And then there’s the matter of the Lagos Metro, tragically discarded by the military government in the mid-eighties. Today, Lagos is one of the few cities of its size in the world without a Metro. It’s one of the most absurd things ever, come to think of it: A city of 15 million persons all compelled to travel only by roads and bridges. As I like to ask – try to imagine a London (less populated than Lagos, by the way) without the Tube.

Clearly, we’re already far behind, as a country, in terms of infrastructural development. But perhaps it’s not too late to try to start playing catch-up.

Nigeria’s brand new $1bn Sovereign Wealth Fund is actually three separate funds, one of which is a ‘Nigeria Infrastructure Fund’. That sounds like good news. I also recently learnt of the launch, by the National Planning Commission working in partnership with the Infrastructure Concession Regulatory Commission, of a 30-year National Integrated Infrastructure Master-Plan (1914 – 2043).

But if we’re not careful, all of the grand schemes will default into something we’re more than familiar with: practised rhetoric and posturing.

Already, Lagos is expected to be home to up to 25 million people within a decade. By 2050, it’s estimated that there’ll be up to 400 million people living in Nigeria.

If we don’t build for the future, there won’t even be a future coming.

Every time our politicians and leaders jet off to their luxury apartments or doctors’ offices or party venues in Dubai, one hopes to God they’re asking themselves the important questions: What are the lessons, good and bad – about vision and ambition and development – to be learnt from the Dubais of this world?