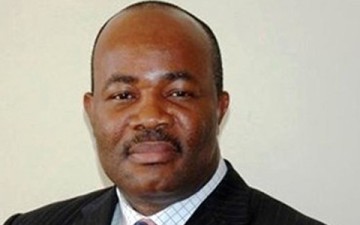 It is as reckless as it is feckless for Governor Godswill Akpabio to fritter away with zing the patrimony of Akwa Ibom State on his political associates, friends and sycophants in a showy and flamboyant manner to massage a bloated political ego. It is the height of profligacy.

The latest gaffe of the Chairman of the Peoples Democratic Party Governors’ Forum has seen him enmeshed in yet another round of controversy. He allegedly confessed on camera that he manipulated the election result of the 2007 PDP senatorial primary election in the state by single-handedly replacing the winner with the name of his preferred candidate. The video has since gone viral on the internet.

This is coming on the heels of the recent wave of criticisms that has greeted his financial recklessness, making more headlines than his role as chief servant of the people of Akwa Ibom. Just when folks were torn in two minds if the governor jocularly called “Donatus” in some quarters, was doling out private or state money, at a press conference recently, he erased any doubt as he owned up that his string of “Father Christmas” donations have been from government coffers.

“Anything connected with my donations is captured within the law of the state, he reported told a newspaper” Struggling to sound convincing, he went ahead to say, “The budget is the law and there have been provisions that allow for grants for donations and for hospitality as enshrined within the budget.”

As the custodian of the state treasury, one begins to wonder what constitutes donations for hospitality to Akpabio. Is it hospitality to splash N230m of state funds as donation on behalf of the PDP Governors’ Forum, for the erection of an Anglican Church in Otuoke, the home town of President Goodluck Jonathan? For him to be subsequently berated by other PDP governors who said they were not carried along before the donation was made is a pointer to where the millions were drawn. That provisions were made in the law for donations and hospitality should not be an excuse for such a jamboree. The constitution certainly does not empower the governor to frivol the commonwealth of Akwa Ibom State at will.

What better use should such grants be put if roads in Akwa Ibom, like the Eket–Ibeno road leading to the venue of Tuface Idibia and Annie Macaulay’s traditional wedding ceremony, was in a deplorable condition? The governor had to apologise to the guests at the event that when next they come visiting, the road would have been rehabilitated. It is noteworthy that youths of Eket sometime ago, protested that the road be reconstructed.

The free-giving governor scandalised many, when he gifted the couple with Two Toyota Prado SUVs, though the state government later issued a statement, claiming it was one. To underscore his infamy, he made a pledge to bankroll an all-expenses paid trip for 20 delegates from the state who wished to attend the nuptial of the Idibias in far-away Dubai. The reveller that he is, present at a lavish party organised in honour of the couple, again, gifted the newly wed with N3m.

To Akpabio’s defence was his Commissioner for Information, Aniekan Umana, spewing inanities: “Looking carefully at the surrounding events in perspective, Mrs. Annie Idibia, nee Macaulay, is a daughter of Akwa Ibom State and the gift of a Prado SUV from her governor is only a gesture of love and goodwill. Her resolve to stand by her husband on this journey right from his days of youthful beginnings to stardom even in the face of challenges was commendable and a true attribute of the Akwa Ibom women.”

From Umana’s perspective, Akpabio might now have to donate a Prado Jeep to every Akwa Ibom daughter who decides to put up with the escapades of her boyfriend or fiancée to justify Annie’s gift. Publicity Secretary of the South-South Professionals of Nigeria, Oscar Onwudiwe, rightly queried the rationale of the commissioner when he said, “Will such a largesse be extended to every newly-wed couple in the state and will that pass as the mean test for judicious management of limited resources?” He further warned that “The frugal management of state resources are indispensable values necessary for the actualisation of our development plan. So, we appeal to the state governors not to trifle with these essential requirements.”

The PDP will have us believe that the chairman of its Governors’ Forum is being magnanimous, which they believe is a virtue. Truly, this is the kind of virtue that has existed at all levels of the party typified in the present Nigeria with all the symptoms of a failed state.

At every event Akpabio is present, he sees a window for frivolous gifting. Last year, the governor gave a cash gift of N10m for a return leg win against Mali by the national Under-17 team, the Golden Eaglets, in an African Under-17 Championship qualifier in Calabar. Just for a win.

Nollywood was not left out behind as Akpabio instituted a N50 million endowment fund to honour exceptional actors and actresses in the industry.

The display of wastefulness by Akwa Ibom state “spender-in-chief”, took a ridiculous twist at the South-South PDP reconciliation meeting in Port Harcourt where he embarrassed six state chairmen of the party with N6m for Mr Biggs (lunch), after describing them as “hungry.”

“My brother (Delta State Governor Emmanuel Uduaghan) said you people (PDP South-South members) are hungry, to take care of your hunger, I’m donating the sum of N1m each to the South-South secretariat of PDP and I would want each of the chairmen to come and collect the sum at the end of my speech so that members could use that to buy (lunch) at Mr. Biggs!” Akpabio said, descending from the absurd to the jejune. It was a bovine display of financial rascality. Not unexpectedly, Uduaghan, Amaechi and other PDP chieftains reportedly walked out on him while he was still speaking.

His much publicised achievement is lightweight when compared with its monthly allocations, which are more than four times what some other states get from the federal allocation. This is aside internally generated revenue. In spite of this, salaries of civil servants in the state are often said to be owed. Same goes for pensioners. The state has one of the country’s highest rates of unemployment, the reason its indigenes are scattered across the country. Key sectors of the economy are below par with what is obtainable in states without the oil revenue Akwa Ibom attracts.

Akpabio must retrace his steps. He needs to be helped from himself. It calls for serious concern from those connected to the state. It becomes more worrisome when the state House of Assembly look the other way.. The onus is now on the people of the state to help Akpabio from himself.