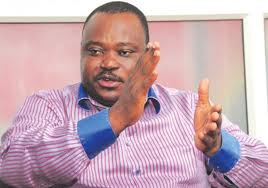 Nigeria, when will this madness stop? From the local governments to the presidency, we are daily greeted with absurdities and the unusual. Or what else can we call the quest for a non-vacant seat by a failed politician and shrewd businessman?

For those who don’t know, the sacking of Ondo State Government headed by Olusegun Agagu by the Governorship Election Petition Tribunal seating in Edo State in February 2009 has caused a permanent shift in the dates of gubernatorial elections of the sunshine state to differ from all of the states in Nigeria.

The Last gubernatorial election of my state of origin was held on the 20th of October, 2012 which saw the present governor Mr. Olusegun Mimiko of the Labour party re-elected for a second term.

I was therefore surprised to wake up midnight of 19th March 2013 to receive a request from a  random friend on facebook asking that I ‘like’ a page called JIMOH IBRAHIM 2016.

At first, I felt I was dreaming (it’s just five months after the last election which produced the current governor), I probably was mistaking.

To further satisfy my curiosity, I clicked on the link and there it was, staring at me. It was his last  post for that day which reads:

“I don’t have to hide the fact that I have an ambition to be governor of Ondo State. The president knows that I have that ambition; God knows; everybody knows.”

The said page was opened on 24th February, 2013, just four months after the last gubernatorial election in Ondo State.

Now, we have to understand that it is not a bad idea for anyone to have an ambition, in fact, most  reasonable people do. Neither is it a crime for Mr. Jimoh to follow in the footstep of his mentor (President Jonathan) in deceiving his friends on facebook and writing a book about the propaganda. But, we need some perspective into how many lives this man has ruined for us  to understand the evil behind his unholy agenda of seeking to lay his hands on the public till of Ondo State.

A man I respect so much once said “politicians think about the next election, statesmen think about nation building”. The Mr Jimoh Ibrahim we all know is a typical politician whose only interest is the next election and not the development of Ondo State. I think he his even worse than a politician, because a serious one would have started laying out his policies, vision and goal for the bitumen rich state.

What we have Mr. Jimoh doing is ‘settling scores’ with perceived enemies and critics on his page.

In several posts on his facebook wall, he gave lame excuses, chief among being  ‘disloyal staff’ -whatever that means – has the reason for closing down Air Nigeria, blah, blah, blah. He has also been ranting on how he gave scholarship to some poor people in his community some 10 years ago.

Well, the Mr. Jimoh Ibrahim I know is not one with good judgment. A quick look into the way he  runs his companies shows that he is not a good manager of human and financial resources. Mr. Jimoh has been tested in the corporate world and has failed serially. He pays his staff peanut, allegedly diverts company resources for personal use, wrecks whatever business entity comes his way  and basically runs every organization he heads like a dictator.

Personally, I have nothing against the Igbotako native, but a lot is at stake here. We can’t allow  the indigenes of Ondo State suffer the same fate his staff at companies like Air Nigeria, EnergyOil, Nicon Hotels, Newswatch and several others that he wrecked suffered.

And it may interest Mr. Jimoh to note that staff CANNOT be disloyal if you treat them well; if you are honest to them and, if you don’t treat them like trash.

Finally, my heart breaks for this country, seeing that he has above 1,145 likes already and comments on his post are so appalling like one from Seun Oscar which reads ‘Keep it up’, yet another from one Honourable Otikunrin Idowu ‘Jimoh Ibrahim is an Icon’ and several others will only keep Mr. Jimoh Ibrahim on the track of delusions.

May God deliver him from praise singers and make him renounce his ‘unholy’ ambition before it  is too late.

Kikiowo Ileowo is a public commentator and the Editor of  The Paradigm.