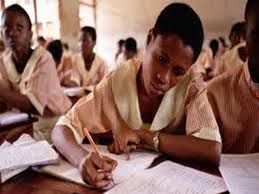 Apparently the Federal Government has concluded arrangements to scrap and merge some agencies and parastatals in line with the recommendations of the Stephen Oronsaye-led Presidential Committee on the Rationalisation and Restructuring of Federal Government Parastatals, Commissions and Agencies. The committee, which submitted its report to President Jonathan in April 2012, had recommended the scrapping of 38 agencies and merging of some 52 others.

There have been calls from well-meaning Nigerians and civil society groups on government to implement the widely acclaimed recommendations of this committee in a bid to bring down the cost of governance in Nigeria and reduce the overheads of ministries and agencies to free up much needed funds to drive the nation’s infrastructural development.

However, this commendable move by government comes with serious implications for the nation’s educational sector as two key national examination bodies are to be overhauled.

According to reports, the National Examinations Council is to be scrapped, and its functions and infrastructures handed over to the West African Examinations Council (WAEC). Under the new arrangement, WAEC would be expected to hold two external examinations every year (January and November) and still continue with its internal senior school certificate examination (May/June).

It is hard to disagree with the decision to scrap NECO; if anything I think it’s a decision that should have been taken yesterday. NECO has not outlived its usefulness; it never had any in the first place. NECO was established in April 1999 by the Abdusalami Abubakar administration, in line with decisions reached at the 49th meeting of the National Council of Education, in an attempt to break WAEC’s monopoly over the conduct of external examinations for secondary school leavers in Nigeria. It has since proved to be one of the most retrogressive decisions in the history of Nigeria’s education sector. NECO has proved to not be a better alternative or a cheaper option (for parents laden with the legendary WAEC exam fees) and it has failed completely in what is arguably its biggest objective: the conduct of reliable examinations that could command widespread national and international respect and acceptability.

It is easy to fall into the trap of the kind of pseudo-patriotism which evokes sympathy for a product because of its indigenous appeal, but we cannot afford to allow such sentiments override our sense of judgment in the call for the abolition of a national examination body whose certificates were forced down the throats of some of the nation’s best universities.

The second Steve Oronsaye hammer about to be wielded by the Federal Government in the education sector comes in the form of restructuring the Joint Admissions and Matriculations Board (JAMB), in a move which would lead to the scrapping of the Unified Tertiary Matriculation Examination (UTME), give individual universities in the country the freedom to conduct their own admission examinations and admit students while JAMB will set and ensure compliance to standards as it acts as the clearing house.

JAMB was established in 1974 in response to the untidiness in the uncoordinated system of admissions into the nation’s seven federal universities at that time so the plan to restructure the body into a central clearing house for admission into tertiary institutions is in tandem with the objectives of the body and this move couldn’t have come at a better time. However, scrapping UTME and giving universities the autonomy to conduct entrance exams appear a tad irrational for a number of reasons.

I understand the attempt to model the admission process after the United Kingdom’s Universities and Colleges Admission Service (UCAS), but ours is a peculiar system with its own unique challenges. Even at that, the UK still has a central A level exam model through which all applicants are assessed while the United States have SAT. As such we cannot do away with a central assessment examination to provide minimum benchmark for suitability for university education.

The woes plaguing JAMB which have made a mockery of UTME and indeed the entire university admission process in Nigeria are vices which have eaten deep into the fabric of our society as a whole: corruption, nepotism, bribery and fraud. The slant you observe in a half-crippled man’s load emanates not from the top.

If all the universities in the country are to conduct independent admission exams, the financial burden of paying for the different exams will be too enormous for the families of candidates in a nation in which the majority are befriended by poverty. And there are questions as to the preparedness of many of these universities to conduct standard admission tests if the poor conduct of the post-UTME exercises are anything to go by.

The UTME should be retained and restructured while universities should be fully empowered to conduct elaborate screening of the successful UTME candidates while JAMB acts as the overseer of the admission process to ensure that due process is followed. Government should focus on expanding the capacities of existing universities and create new ones to absorb thousands of qualified candidates who are denied admission yearly and are at the risk of been driven into criminality and other social vices.

–          Ogunyemi Bukola is a writer, editor and social media strategist.