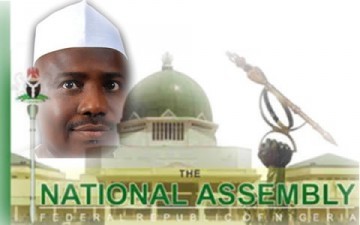 Speaker, House of Representatives,  Aminu Tambuwal, on Monday asked “state actors” to be careful in granting pardon to corrupt officials and  other criminals.

“A situation whereby you misapply the law even to grant pardon or whatever it is, we need to really look at that. Because if you don’t understand the law you may tend to misapply it,” Tambuwal said.

He spoke at a Two-day National Conference on Corruption and National Security in Nigeria, organised by the Institute for Anti-Corruption Studies, University of Abuja.

The Alamieyeseigha pardon had generated controversy with many arguing that it had made a nonsense of the country’s anti-corruption war.

The ex-Bayelsa governor, to whom Jonathan was a deputy, was jailed for corruption in 2007after making a plea bargain in a trial conducted by the Economic and Financial Crimes Commission.

Tambuwal, at the Abuja event onMonday, said, “So there is the need for us at the high places to increase our capacity of understanding our legal system, and the laws that relate to issues of security and fight against corruption for us to apply them in the best interest of the citizenry.

“It is a common knowledge that corruption is all over the place, ranging from institutions of higher learning to virtually all sectors of our national life; so there is a need for us to re-orientate ourselves and face a direction so that we can have a better society.

“For me, as I said, we need to embark on serious re-orientation to address the challenges and there is a need for a diagnosis to properly fund the security agencies for them to have proper training to be able to face terrorism which is a new phenomenon here. And also for the anti-corruption agencies not only to be independent on paper but also to have adequate funding and the requisite financial muscle to face the uphill task of the fight against corruption.”

“We are in most cases being accused of padding the budget as if it is not our constitutional responsibility to actually do that. So I’m using this platform to call on you to understand the role of the legislators in budgetary process.

“We are not being meddlesome when we say certain provisions being proposed by the executive should be enhanced for that agency of government to function at optimal level. “And that is part of what the anti-corruption agencies in Nigeria are facing today. As I said, go back to the budget and check the funding pattern of the anti-corruption agencies and you will definitely find out that the funding provision is quite inadequate.”

Tambuwal’s caution came on the day the Head of delegation of the European Union, David MacRae, also appealed to the government to gauge the perception of the international community on the pardon granted Alamieyeseigha.