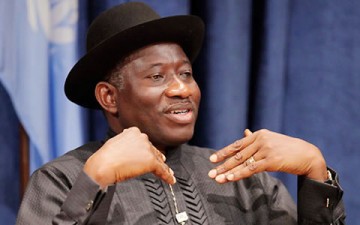 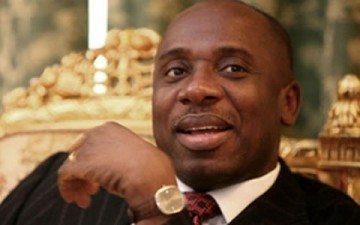 Governor Rotimi Amaechi has been severally praised for his results as Governor of Rivers State. Most of these are well deserved. He certainly makes the 8 years spent by Peter Odili look like nothing but wasted years for the people of Rivers. It is only normal that many see his success as enough reason to involve him at a higher level of governance, say the vice presidency. There is a danger in an idea like this; if Rotimi Amaechi is being touted as a possible vice president in 2015, he certainly cannot be working under a Goodluck Jonathan presidency considering the federal character factor – the president and her/his cannot running mate cannot come from the same geo-political zone. Every time anyone touts Rotimi Amaechi as a possible running mate to anyone, President Goodluck Jonathan is automatically being touted to lose his job.

Speculations are fine and normal. Permutations and combinations are the hallmark of politics. Even the United States gets to deal with the 2016 elections politics once in a while. What is wrong is to see two people, already entrusted with leadership disgracefully scramble for more power without decorum or pretense at showing some class. It becomes even more annoying to see unadulterated politics play out where the needs of the people cry for attention. The best way for a serving political office holder to stay at the same job or move to a bigger role is to perform. While Nigeria’s Goodluck Jonathan schemes his way into the 2015 battle, he has not even used up fifty percent of his current mandate. The President still has more time to spend in this term than he already has. Should this term be his primary concern? Is it? No. Almost every other news story or sound bite from the presidency either has 2015 coloured all over it or has the 2015 election somewhere in its mix. This is not just a betrayal of trust it is also disgraceful. The President is wasting time playing politics with his mandate apparently not realizing that his mandate was about nothing but time; here, take four years of our nation’s life and make a difference with it. What you don’t waste is time!

On Governor Amaechi’s part, he believes his own hype too much. He talks too much and does not make sense half the time. I was listening to him at the Future Award Symposium and wondered how a Governor could be so crass and without decorum in speech. He felt so good with himself about that but if he had a clue, he’d have felt bad instead. You cannot believe your own hype too much else you start thinking every nonsense you pout from your mouth is a word of wisdom! The young people at the said event mostly shook their head in disgust at the Governor. That very cameo performance was just a perspective of the complete persona that has since become the major distraction in Nigeria, an unnecessary distraction.

Place Goodluck Jonathan side by side with Rotimi Amaechi, most will take the latter if the question is about who understands leadership better. Jonathan had a forgettable period as Governor of Bayelsa state while Rotimi Amaechi is making strides in Rivers. They are worlds apart when it comes to performance in office but Governor Rotimi Amaechi has now descended to play the president in a game of “who’d act more childish?” In this game, they are one and the same; desperate politicians looking to make personal wars look like it has something to do with the interest of the people.

Like the two black birds fighting in the skies, Nigerians should not be bothered about who wins or loses out in this game. Goodluck to Amaechi, whatever happens this was always about personal interests and the wise had better not take sides because when they finally settle their fight, the two black birds will feed from the same nest under the same umbrella.