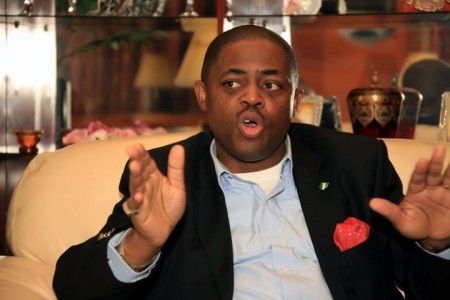 On the 20th April 1653 (exactly 360 years ago to the day that I am writing this essay) Oliver Cromwell, who was the Lord Protector of England, Scotland and Ireland and the greatest statesman and revolutionary that England ever knew, stormed the English ”Rump Parliament” at Westminster and courageously pronounced the following words after which he sacked Parliament and boldly took power. He said –

”It is high time for me to put an end to your sitting in this place, which you have dishonored by your contempt of all virtue, and defiled by your practice of every vice; ye are a factious crew, and enemies to all good government; ye are a pack of mercenary wretches, and would like Esau sell your country for a mess of pottage, and like Judas betray your God for a few pieces of money. Is there a single virtue now remaining amongst you? Is there one vice you do not possess? Ye have no more religion than my horse; gold is your God; which of you have not barter’d your conscience for bribes? Is there a man amongst you that has the least care for the good of the Republic? Ye sordid prostitutes have you not defil’d this sacred place, and turn’d the democracy temple into a den of thieves, by your immoral principles and wicked practices? Ye are grown intolerably odious to the whole nation; you were deputed here by the people to get grievances redress’d, are yourselves gone! So! Take away that shining bauble there, and lock up the doors. In the name of God, go!” -OLIVER CROMWELL (1599-1658).

Cromwell was undoubtedly one of the greatest and most courageous men that ever lived and he is certainly one of my heroes. Not only was he moved by a compelling and irresistible zeal and thirst for righteousness in high places and by the power of the Holy Spirit but he, like the biblical Jehu, was ready to pay the supreme price and sacrifice his life in order to effect it and bring lasting change to England. He abhorred corruption and injustice and his puritan roots and Christian fundamentalist background and upbringing caused him to oppose the excesses of the Catholic Church in his day and the awesome power and influence of the Catholic Bishops and their Pope. Quite apart from saving her from the excesses of Catholicism and the sheer brutality of the Jesuit Order and the Spanish Inquisition, Cromwell literally and single-handedly also saved England from the tyranny of absolutist monarchs and the evil of corrupt Parliamentarians. He was indeed the father of modern-day parliamentary and participatory democracy in Great Britain and it was he alone that shattered the myth and demonic philosophy of the ”divine right of kings” to rule with ”absolute power”.

Let us carefully consider the words that he spoke and read them once again. Let us imbibe their spirit and feel their power and passion. These are sacred and divinely inspired words that were spoken 360 years ago to a sitting all-powerful Parliament that had just triumphed in a civil war against the King of England and had chopped off his head. Cromwell, who was a Member of Parliament himself, had led the armies of that Parliament into the field of battle on numerous occasions. He was indeed the Commander of its army and the main inspiration and motivator for the revolution and rebellion against the King. Not only did he defeat the Royal Army of King Charles 1st in various battles and win the civil war but he also apprehended the King, arrested him, brought him to justice before the courts of law and had him executed. This was the first time that a King was brought to justice before a Court of Law and executed in the history of England. All seemed well and the House of Commons ruled until Cromwell noticed how the new-found power of this new Parliament had utterly corrupted its members. They were drunk with power and they wielded it with impunity and no sense of decency and restraint. Worse still they were hopelessly corrupt. In time he knew that they would have to go as well. He knew that a new order, which truly imbibed the spirit of justice, accountability, good governance, decency, Christian sobriety, restraint and democracy, had to be put in place. He knew that only he could effect that change and that is precisely what he did by furiously storming Parliament, courageously confronting its members, speaking those chilling yet insightful words and forcefully taking power from them on this very day (April 20th) 360 years ago. He risked everything, including life, liberty and limb. Yet, without hesitation, he did it all for his beloved England. He was moved and driven by his deeply religious convictions and his puritanical faith. Nothing could stop him and, for him, failure was not an option because He knew that God was with him. He not only succeeded beyond his wildest imagination but he also laid a glorious foundation for the future of England and he was probably the greatest reformer that ever ruled that great and sturdy island nation.

I look at Nigeria today and the behaviour of our collective overlords reminds me very much of the behaviour of the pre-Cromwellian ”Rump Parliament” in England. Can anyone be in any doubt that it is time for us to speak those same words that Oliver Cromwell spoke to the English Parliament on April 20th, 1653 to our own our leaders here in Nigeria. Are those words not more appropriate for our leaders today than at any other time in our history? Yet who will utter them? Who will go forth courageously and speak truth to tyranny in the power of the Lord. When will our God raise our own deliverer? Where is our own Oliver Cromwell or our own biblical Jehu? When will the Nigerian people say ”enough is enough” and demand the change that they so desperately crave and yearn? When will they wake up from their accursed slumber and wipe away the fecal mess with which they have been stained, smothered, blinded, deafened and silenced? When will the Luciferian spell that has been placed upon them be finally broken? When will they be free of this unwholesome bondage and be rid of their godless fears? When will their shackles be finally broken and when will they see, feel, hear and live again? When, O when, will our people be free and when will they become the pride of Africa that they were destined to be?

Why has fate been so cruel to us and why has our star dimmed and refused to shine brightly? Why do we always take ten steps forward and twenty steps backwards? Why is our case and example one of constant failure, ineptitude, defeat, shame, lack and incompetence? What is wrong with the Federal Republic of Nigeria and what plagues and afflicts the Nigerian people? Since 1960 every single one of our potential deliverers have failed. They have not been allowed to emerge and even when they do emerge they have not been allowed to succeed. They have been killed, jailed, vilified, belittled or destroyed by the system and the neo-colonial conservative forces that have sworn to resist change. Worse still the sheer naivety, nauseating timidity and simple lack of insight and foresight of the ordinary people, who seem to have cultivated an extraordinary capacity to tolerate injustice, incompetence, wickedness and evil in their land, does not help. As a matter of fact it is that attitude and that cowardly and weak mindset that has sustained the disastrous system that has held Nigeria captive since 1960. The average Nigerian would rather go to the church or to the mosque to bear his or her mind to the priest or imam and pray about his or her numerous challenges rather than march in the streets and demand a change for the better from their Government and President. Yet it is only in our country that men and women suffer from such a lack of firm resolve and such a sorry and tepid affliction. Karl Marx’s view that ”religion is the opium of the masses” has no greater meaning or significance anywhere in the world than in Nigeria where we all, in a most cowardly manner, hide behind the cleric and imam’s ornate robes and refuse to insist on our God-given rights from the government and the state. What a tragedy we have become. We deserve nothing but pity.

Other nations have been blessed with many Oliver Cromwell’s over the centuries and years yet sadly it is not so with us. Ill-fortune is our portion and we are cursed because we enjoy killing and vilifying all of our heroes and deliverers whilst others recognise and revere theirs and grant them the right and opportunity to do that which they were born to do- that is to take their respective nations by the scruff of the neck, to take them from strength to strength and to lead them to glory. A few examples will suffice. The United States of America had George Washington, Abraham Lincoln and John F. Kennedy. France had Marat, Robspiere, Napolean, Jaques De Gaulle and Francois Mitterand. Russia had Lenin, Stalin and Gorbachev. Germany had Count Bismark and Helmut Schmidt. Britain, a truly blessed land, had Cromwell, William Gladstone, Winston Churchill and Margaret Thatcher. Italy had Garibaldi. Ghana had Kwame Nkrumah and John Jerry Rawlings. Burkina Faso had Thomas Sankara. South Africa had Oliver Tambo and Nelson Mandela. Senegal had Leopold Senghor. Kenya had Jomo Kenyatta and Odinga Odinga. The Congo had Patrice Lumuba. Zimbabwe had Joshua Nkomo and Robert Mugabe (yes Mugabe). Israel had Ben Gurion, Golda Meir and Menachim Begin. Chile had Alleyende. Cuba had Fidel Castro. Angola had Dos Santos. Bolivia had Oscar Bolivar. Venezuela had Hugo Chavez. India had Pundit Nehru, Mahatmah Gandhi and Indira Ghandi. Pakistan had Mohammed Ali Jinah and Zuhlfikar Ali Bhutto. Turkey had Kamel Attaturk. Libya had Muammar Ghaddafi (yes Ghaddafi). Egypt had Gammel Nasser. Jordan had King Hussein. Iran had Ayatollah Khomeini. Singapore had Lee Kwan Yew. Malaysia had Dr. Mahatir. The list goes on and on and from continent to continent.

All these names belonged to great and noble men and women who made their mark and created a great legacy for their respective nations and peoples even though some of them were murdered, jailed and cut short whilst doing so. Yet in the end each and every one of them triumphed because they made a difference to their generation and to those that came after them from generation to generation. In the Nigerian context the question is this- when will our great stars emerge and when will Nigeria’s time to shine on the world stage come? When will the words of Oliver Cromwell find relevance in our space and when will the Lord answer our prayer and deliver us from the evil that plagues our land. May God bless and redeem our beloved homeland. May He have mercy upon her, may He defend her, may He deliver her and may He cause His face to shine brightly upon her. One day our time will come. One day Nigeria shall shine.