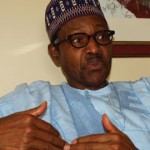 Former head of state and 2011 CPC presidential candidate General Muhammud Buhari as well as national leader of the Action Congress of Nigeria (ACN) Bola Ahmed Tinubu and Governor Rochas Okorocha of Imo State among yesterday expressed their resolve to chase the ruling People Democratic Party out of power come 2015.
They spoke in Lagos at the national convention of Action Congress of Nigeria (ACN) where the party formally declared its decision to merge into a new political group.
Speaking at the event, Gen. Buhari said the opposition parties in Nigeria are now determined to put a permanent stop to electoral victories of the ruling PDP.
He said there is no alternative for Nigerians and the political class at this time, except political merger where a common platform could be formed.
“We have to come together so that we make rigging impossible for the ruling party to continue to rig. We must sanitise our electoral system, starting from our respective constituencies. We must move from electoral units to wards, local governments, states, all the way to Abuja. We really don’t have alternative. The alternative is in fact unthinkable,” Buhari said.
Also speaking, Tinubu said the coming together of major opposition parties is a storm that will bring lots of positives for Nigerians. He urged the populace not to be distress but be hopeful of what APC is bringing to bear.
“A storm is brewing. It is a positive storm; so don’t be scared. For those who believe in electoral storm, this storm will sweep them away. This storm is our storm. The wave is our wave. It’s our new wave, our new party. I stand to tell you today that for the good of Nigerians, this must the last ACN national congress. PDP must be changed to an opposition party come 2015,” Tinubu said.
Speaking in the same vein, former ACN presidential candidate Mallam Nuhu Ribadu and his ANPP counterpart Malam Ibrahim Shekarau expressed their willingness to work under the umbrella of the new political merger.
Imo State governor Rochas Okorochas said APC is a party wherein he is well placed and Nigerians should be happy with its birth.