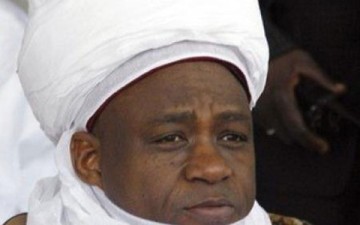 A flurry of opposition on Wednesday greeted the Sultan of Sokoto’s  amnesty demand for members of the violent Islamist sect, Boko Haram, with the major ethnic associations outside of the North condemning the demand.

Both the pan-Yoruba group, Afenifere; and youth wing of Ndigbo kicked against the Sultan Muhammad Sa’ad Abubakar’s call which they described as unfortunate and outrageous.

A former President-General of the main Ohaneze Ndigbo, Dr. Dozie Ikedife, said it was premature at this stage to be talking about granting amnesty to members of the Boko Haram sect.

Ikedife told one of our correspondents on the telephone that inasmuch as there was an urgent need to stop the senseless killings by the Boko Haram sect, it was more important first to identify the sect’s leaders and their backers and dialogue with them to know what they really wanted.

“There is a need to stop the senseless killings. But what type of amnesty are you talking about? They have not been seen and there is the need to understand what their grievances are, then they can say grant them amnesty or not,” he said.

Also, the Christian Association of Nigeria and the Conference of Nigerian Political Parties faulted the demand. The two bodies said there was the need for Boko Haram members to first unveil themselves and cease fire before the issue of amnesty could be suggested.

But a former Commissioner of Police in Lagos State,  Abubakar Tsav, said he was in support of the Sultan’s demand.

The Sultan, who is the spiritual head of Muslims in the country, had on Tuesday asked for “total amnesty” for members of the sect which had killed over 1,500 persons since they embarked on campaign of violence against the Federal Government and its agencies.

He had argued that a presidential amnesty to even one member of the sect could make others to lay down their arms for peace to reign in the nation and blamed the security challenges confronting the country on injustice “meted out to the people.”