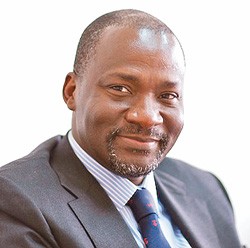 Senior Advocate of Nigeria and Kwara State governorship candidate of the Action Congress of Nigeria in the 2011 elections, Mr. Dele Belgore, talks about sundry political issues in this interview with  SUCCESS NWOGU

Do you believe that the All Progressives Congress project will succeed?

APC is an idea that is long overdue. The idea is inevitable. It is inevitable in the sense that we cannot go on like this. The situation in the country has got to a level where the Peoples Democratic Party has not been of any good to the country. The party is getting more powerful by the day not by legal means but through abuse of power, intimidation and unholy alliances with institutions that should check it.

So, when you are faced with that sort of situation, an alternative will emerge. That is what the APC is. It is not just a desirable thing, is a necessity and that necessity ensures that it will fully come into fruition and it will be at the helm of affairs in 2015.

There is the fear that because of the personal ambitions of some of its gladiators, such as Maj.-Gen. Muhammadu Buhari and Asiwaju  Bola Tinubu, there may be a problem in selecting the presidential candidate and others?

I do not think so because one of the earliest discussions before APC was announced was this concern that people had voiced. You have heard from the leadership of the various merging parties. They have all said that they are putting the country first. APC is not about the party, it is putting the country first. We would have no other place to go if we let the country collapse. So, the country is first and if the country is first, and we have gone this far, then personal ambition takes a second place. If someone’s ambition is going to be a problem, I think we would have started seeing signs of that.

Is APC not threatened by the emergence of a PDP Governors’ Forum and other PDP members said to be undermining APC’s prospects?

You only succeed with things like that when the house is divided. You cannot come into my family and break it up if there are no cracks already. So long as the merging parties in the APC are committed to their goals and they are focused, all these shenanigans can only weaken the PDP itself, because these are moves that will backfire on the PDP.

Are you sure that the emergence of the PDP Governors’ Forum will backfire?

How do you assess President Goodluck Jonathan’s anti-graft war? Do you believe that he is committed to the war?

I do not believe that President Goodluck Jonathan’s administration is committed to curbing corruption. If it is, the first place is all around him. He does not even need the ordinary Nigerian to tell him anything. He does not need any adviser. It is all around him and he can see it. If he starts from there, that will demonstrate his commitment.

What about Nigerians; are they committed to the anti-graft war?

Unfortunately we are losing the anti-corruption war. We are not committed to it as much as we ought to. In this regard, we have all ourselves to blame: the people in government, the people out of government, the police, the judiciary, the ordinary Nigerians, all of us should be blamed, because corruption is the biggest problem we have in this country.

Do you think it is right for the President to think of continuing after 2015?

First of all, President Goodluck Jonathan is a Nigerian that enjoys rights like every other Nigerian that is eligible to contest or have ambition for 2015. So, he has that right. But as to whether it is appropriate for him to do so, I do not think so because in the last few years that he has been the President, it is clear to many Nigerians that he is incapable of handling the demands of that office. The patriotic thing for him is to go away. It might be too much to expect an open admission; for him to say, ‘it is too much for me,’ but in the interest of the nation, he can just quietly walk away.

A lot of agitation is coming from the North that the next President should be a northerner. But others are saying that we should not bring tribal or ethnic sentiments into who becomes Nigeria’s President. What is your take?

Nigeria needs a good leader. If a good leader comes from the North, that is all well and good. If to douse the tension in the country at the moment is that a northern President should emerge, then so be it. But let it be someone who can lead the country aright.

We cannot have good political office holders at the national and state levels without a credible electoral system. What is your advice to the Independent National Electoral Commission?

INEC needs to do a lot to convince Nigerians of its credibility and the fact that it is not a parastatal of the PDP. It does not appear to me that it is doing that. It is a credibility issue. I have never met Prof. Attahiru Jega, who is the INEC chairman, but I have spoken with a few people who are close to him. The way they described the man does not tally with the performance of the institution which he is heading.

So, if he is a man of integrity and a man that believes in fair play and sense of duty, then as the people say, he really has to wake up.  We all know what the problems are: manipulation of results, conferring advantage on one party against the other, etc. You cannot successfully rig an election without INEC support. So, what is INEC doing to cleanse its own house? That has got to be done. Between now and 2015, I think INEC should be running public enlightenments. There should be meetings of INEC officials and representatives of political parties. They should be meeting on regular basis and should be exchanging ideas so that all those problems will be tackled. But you are not going to see that now. A few months to the election, they will now say they are doing roadshows.

Are you saying that the performance of INEC has not been impressive?

It has not been impressive. I am saying that without a shadow of doubt. INEC’s performance has fallen well below standard.

Could you suggest some of the things needed for the development of Nigeria?

Let us tackle corruption in a meaningful and wholesome manner. Our leaders are being short-sighted in the belief that they can be corrupt and as long as they take what they want to take, it does not matter what anyone else is thinking or feeling. They are being short-sighted.  It is becoming very difficult for them to leave outside Nigeria without ill-gotten wealth. And very soon, the society is going to reject them but they still have to leave here. It is for everybody’s benefit for the country to fight corruption and win the anti-graft war.

There should be a new approach or a paradigm shift to the way we view our country. Let us put our country first. Any other thing that we are should be private to us. Whether you are a Yoruba, Ijaw, Hausa, Igbo, a Christian or a Muslim or you belong to this party or the other party, those things are private allegiances. One common allegiance which should be the first and foremost is “One Nigeria.”