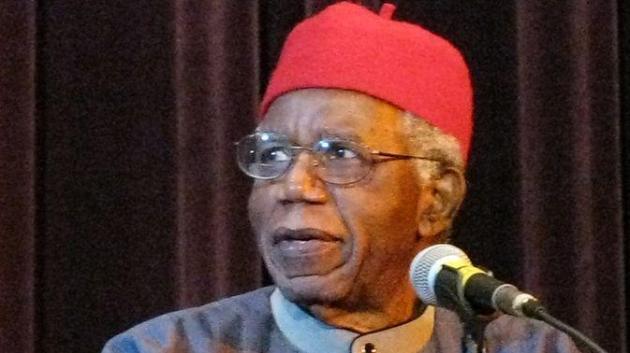 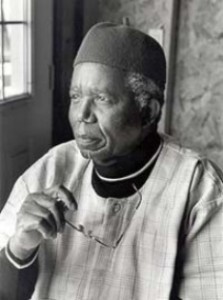 Two books have generated much debate in Nigeria recently, namely: There Was A Country by Chinua Achebe, and The Accidental Public Servant by Nasir el-Rufai. The aforementioned books have generated similar debates as General Olusegun Obasanjo’s two books, Not my Will, and My Command: An Account of the Nigerian Civil War, 1967 – 1970. Many like me celebrated these books by Obasanjo not necessarily because we agreed with their entire contents but because they enriched our knowledge of our country. The same principle must apply in dealing with the aforementioned books by Achebe and el-Rufai. Those who demonized these authors or disagree with the contents of their books, here is Achebe’s advice: “if you don’t like someone’s story, write your own”.

Both Achebe and el-Rufai, like most others, interpreted the events they wrote about the way they saw them – their accounts of the events. But for anybody to castigate them for not projecting the events the way they would have projected it, is for them to abdicate their own responsibilities to write their own stories. Of course, there is nothing wrong in critiquing the two books, like other books or works. Critiques enrich our perspectives and world views. But in so doing, we cannot expect others to do our work that is, writing our own version of events. That demonstrates intellectual laziness.

Also, it is disturbing to critique a work without first reading it as has been the case with some of the so called critiques of the aforementioned books. As Prof Sam Egwu enjoined us during our undergraduate days at University of Jos, if you say the devil is bad, you must at least know who the devil is and what makes him bad. Therefore before critiquing any written work, we must at least read it. When critiques are based on one’s prejudiced views of a particular author, the critic misses the point. S/he becomes subjective and disingenuous. In such a context, narrow minded views rather than facts informed such criticisms. Such cannot be objective! Critiques should strive to be objective and must be aimed at advancing our knowledge of a particular issue.

The above brings me to the next point: most African public figures do not document their public service experience – they take their knowledge and experience to the grave without documenting them for future generations to learn from. The concept of memoirs is alien to them. Our public discourses, public policy and politics are poorer for it, with adverse consequences for national development. I am therefore always elated and encouraged when former public servants write books about their experiences in the public service. This is one reason that I welcome the book by my friend, el-Rufai. Depending on where one stands, for better or for worse, “The Accidental Public Servant” will enrich our public discourses, public policy and politics if we draw the right lessons. For the same reasons I commend Mr Frank Chikane, former Director-General in the presidency of South Africa who has dedicated himself to documenting his public service experience, first by publishing the book entitled “Eight Days in September” that deals with the intrigues about the removal of Thabo Mbeki as president of South Africa by the ANC, and his second book, The Things that Could Not Be Said, which deals with some public policy of the administration of President Mbeki. For the same reason, I regret that my friend, the late Prime Minister of Ethiopia, Zenawi Meles, one of the most patriotic, brightest and foresighted African leaders, did not document his varied public service experiences before he died in August 2012. Had he written about his penetrating insights on developmentalism, future African scholars and policy-makers would have found his insights indispensable.

The challenge is not to agree with everything el-Rufai or any other former public servant said in their books but to read them with open minds and to draw relevant lessons that can enrich our national discourses, policies and politics. Given the opaque manner in which public policy is formulated and implemented in Nigeria and other countries on the African continent, we need to encourage more former public officials to write about their public service experiences. This is one thing that our newly established independent think tank, the Centre for Africa’s Progress and Prosperity will do – become a home for former public servants as well as former leaders of business and CSOs to reflect and write about their experiences in their respective fields. This is likely to enrich future public policy. To have evidence-based public policy, former public officials have to document their public service experience!

One of the values of Achebe’s latest book, “There was a country” is for Nigerians and its leaders today to ask themselves if they are addressing situations that could lead to civil war or social instability as those that led to the civil war in the late 1960s. At the time of writing, Achebe has just passed way. Fortunately, he had the foresight and courage to document his experience about the civil war. For this and his iconic writings, even though his body is gone, the man Achebe lives. Imagine if he had not documented his experience about the war! Nigeria and the world would be the poorer as we would have been denied his account of how he experienced the civil war.

This brings me to another point: Achebe was not deterred that some would disagree and disparage him for his account of the civil war. He was committed to the truth from his perspective. The same can be said of el-Rufai in his “The Accidental Public Servant”. Certainly, others have a right to disagree with their accounts but in the process they should not deny Achebe and el-Rufai their right to free speech and intellectual freedom. Societies that developed are those where such freedoms are guarded jealously.

What Nigerians like other Africans need is for our former public officials, as el-Rufai has done, to write about their public service experiences. Similarly, public Intellectuals should write about events in our society as Achebe did in his numerous works, including There was a country. Others can criticize the works without demonizing the authors. The writings of intellectual public figures are likely to lead to more public debates with positive impacts on our politics, policy and development. Writing by public figures about their experiences is part of their patriotic duties. The more ex-public officials write about their experiences, the merrier! By so doing, we will not only understand more about Nigeria’s politics and public policy but also get to the truth about our country.
To be sure, there is value in yesterday’s men and women writing about their time in the public service. And when today’s men and women become yesterday’s men and women, they will owe ordinary citizens an obligation by writing about their public experiences.

Dr Omano Edigheji is Executive Director of the independent and non-partisan think tank, the Centre for Africa’s Progress and Prosperity, Abuja, Nigeria. Follow me on Twitter @omanoe