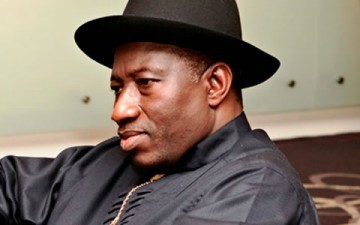 Dear President Barack Obama: Greetings. On behalf of the good citizens of the District of Columbia, who, in their infinite wisdom, entrusted me with the Office of the Mayor, I am writing to draw your attention to an issue of urgent municipal importance. Although my aides here in the Mayor’s Office are yet to crosscheck things with Mr. Jay Carney, your Press Secretary, after he issued a curious statement today, I have decided to be proactive by reacting to that extremely disturbing statement.

Mr. President, it would seem that you have convened a prestigious summit between your esteemed self and four Heads of State from the continent of Africa. They have been invited to parley with you in the White House in order to explore avenues of strengthening democracy in Africa. According to the statement released by Mr. Carney, “President Obama looks forward to welcoming President Ernest Bai Koroma of Sierra Leone, President Macky Sall of Senegal, President Joyce Banda of Malawi, and Prime Minister José Maria Pereira Neves of Cape Verde to the White House on Thursday, March 28.” The statement concludes that, “the visit of these four leaders underscores the strategic importance the President places on building partnerships and substantive engagement with sub-Saharan Africa, and our commitment to working with strong and emerging African democracies.”

Mr. President, this is obviously an unmistakable snub of the Nigerian President, Dr Goodluck Jonathan, who leads a country that prides herself as the giant of Africa. While we understand the fact that your administration needs to send a clear message of zero tolerance for corruption to the Nigerian President, who has acquired a reputation for running Africa’s most corruption-friendly government, we at the Washington City Hall would like to register our disagreement with your decision to exclude the Nigerians from next week’s parley in the strongest possible terms.

Mr. President, we believe that you have not been properly served by your advisers in this matter. We believe that the economic implications of excluding the Nigerians from this parley should have been painstakingly explained to you to help you reach an informed judgment. We believe that the economic wellbeing of a major American city should be more important to your administration than helping the people of one far-flung country in Africa deal with their corruption enabler of a president. At a time when most American city administrations are groaning under budget cuts, at a time when the ability of American cities to deliver basic services to residents is being streamlined to reflect the dire economic circumstances of the times, any opportunity for a massive injection of funds into any American city’s economy ought to be seized with both hands. Your administration is about to deny Washington DC one such fantastic opportunity through the hasty and wrong-headed exclusion of the Nigerian president from the forthcoming parley.

Mr. President, we believe that you are aware of the fact that the President of Nigeria does not travel light to foreign destinations. During meetings of the US Conference of Mayors, my brother Mayor Bloomberg of New York never fails to regale us with stories of the economic boom that New York City receives whenever the Nigerian president comes to town for UN functions. He and his wife are said to travel with a harem of presidential jets – some travel as advance delegations. The plane loads of raw cash and aides create an economic ripple effect. They stay in the best hotels, charter limousines, and spend days in shopping malls since they hardly ever attend the functions they came for.

Mr. President, you are perhaps aware of the fact that the 127th Assembly of the Inter-Parliamentary Union was hosted by our sister city, Québec City, Canada, from October 21-26, 2012. The word on the street is that the South Africans who arrived in Québec City thinking they had a huge delegation were humbled by the benumbing size of the Nigerian delegation. Almost five months after the event, I can tell you authoritatively, Mr. President, that Québec City, Canada, is still reaping the benefits of the economic boom created by the one-week presence of Nigerian parliamentarians in that city. Need one mention what the city of Dubai in the Middle East benefits from weekly injection of funds by Nigerian officials?

Mr. President, we urge you to seriously reconsider your decision to snub Dr. Goodluck Jonathan. It would be a great idea of you could even invite him ahead of the others so that he and his potentially large delegation could get to spend an extra week here in Washington. If he comes here with two or three jumbo jets, as is his wont, this translates to enormous parking fees for Washington Dulles Airport. He, his wife, and their aides are going to take over major hotels in the city and that would be a tremendous boost for our hospitality services. Our limo rental services are going to benefit immensely from the presence of a Nigerian delegation.

In addition, while Dr and Mrs. Jonathan spend time with you at the White House, two or three planeloads of aides are going to spend all that time in our shopping malls. Furthermore, virtually every member of the large delegation would take the opportunity to do a quick medical checkup. Since they have no medical insurance here, they would naturally be paying cash. Imagine, Mr. President, the possible cash inflow to our medical system in these austere times. We understand that Nigerian officials are fond of German hospitals. This could be an opportunity to showcase the superiority of American medical services to these petro-wealthy Africans.

Mr. President, I could go on and on with details of the economic benefits of having the Nigerians here. Please allow me to say, Mr. President, that for the sake of the economy of Washington, DC, the Nigerian president deserves to be pardoned for pardoning corruption. He is of more economic value to us here than the four African presidents you are hosting combined. I therefore look forward to being able to host him and his lovely wife here at City Hall after their White House event.

Yours sincerely,
John-Smith Budweiser
Mayor of the District of Columbia