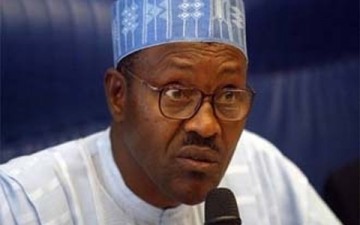 As the 2015 election draws closer, more and more dramas are unfolding in Nigeria’s political atmosphere. One of such, and in my opinion the strongest, dramas is the formation of the APC. This is regarded as the strongest drama because it is presently the only move by the members of the opposition that have succeeded in awakening the ruling party, Peoples Democratic Party – PDP, from their hibernation mode riddled with poor governance.

The 2015 election is really going to prove symbolic due to the two ever competing narratives of Nigeria. One is the story of poor governance, high spate of corruption and high levels of conflict. It is the story of poverty and marginalization. The second story is the story of development, transformation, political inclusiveness and awareness with a global perspective. It is the story of a revived economy, near constant electricity, job creation and poverty reduction. It is also the story of quality education and sustainable infrastructures.

The answers to these questions fall on the shoulders of the newly formed APC and how seriously they take the job of redeeming Nigeria. They are the only hope of the Nigerian citizen, they have been mandated to redeem Nigeria from the clutches of the ruling PDP. But again, recent happenings in our messiah political party – the newly formed APC are revealing, with increasing accuracy, that they might not stand the chance to salvage Nigeria from the ruling PDP. I say this because the APC is nudging in the direction of parading General Muhammadu Buhari as their presidential candidate come 2015.  The general’s keynote speech at the Africa’s Diaspora conference in London is a clear testament to this fact.

His age is a huge impeding factor and based on my recent survey from Nigerians across the world, many Nigerians clearly don’t see general Buhari as a suitable candidate that will spearhead the change we desire. Beckoning on the retired general to shoulder Nigeria’s huge responsibility isn’t the best practice; he has been there and as such must not be entirely trusted. Nigeria is where she is today as a result of this habit of rotating yesterday’s leaders, leaders who aren’t open to modern political practices. At best, GMB should be a kingmaker, not a king. He should identify and canvass for a young Nigerian within the confines of APC, equip him/her with the necessary leadership skills and allow him/her to function within the confines of best practices in government.

If the APC is really serious about redeeming Nigeria, they must understand that Nigeria’s problem is structural and only a young, dynamic and structured mind that can drive strategic change and foster qualitative innovations must be called upon, a leader who has a global outlook to political issues and special penchant for science and technology. Nigeria needs a leader that can convert her natural resources and high commodity prices into well-organized and progressive changes that will sustain the economy for decades, with lasting impacts on welfare, manufacturing and industrialization.

2015 is an opportunity for rebirth. We need a renaissance leader with interests in improved health and education outcomes, enormous natural resources discoveries, democratic deepening and improved macroeconomic governance. A leader that can prudently manage our natural mineral resources revenues and implement strategic policy measures to boost job creation. A young leader who has proved himself in a particular sector, whose mental architecture hasn’t been clogged by the malfeasance present in our today’s political climate and a leader who can always maintain a clear line of reasoning under duress.

The opposition must look deep down inside, find that young and credible leader and campaign vigorously for him/her from the foundation. Election is not won on twitter and facebook, it is won by principles and by doing the actual job from the grassroot level. While looking for this renaissance leader, they must eschew every form of tribal and religious differences so they could arrive at the best possible candidate. I strongly believe we have that leader, yes I do, and until the opposition identifies and work vigorously with that young leader, believe me; Nigeria will still be at the mercy of the PDP come 2015.

If the young people in Nigeria still believe that they are the leaders of tomorrow, then they must stand up and be counted as one, the forthcoming election have given us the opportunity to make this stand.2015 is our time to rise, this time, it must not be a myth, it must be a reality.