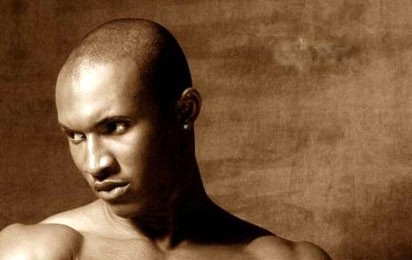 There’s a new wave of the very sexiest women and men in Nollywood and they are not just lurking around any more- they are taking over. Faces of the Omotolas, Genevieves, Mercy Johnsons, Jim Iykes, Desmond Elliots, Emeka Ikes and their ilk  don’t cut it any more. A new sexy storm is rising in Nollywood and fast!

These fresh faces are not only young but also very hot, pretty, sexy and talented. They are winning top roles and driving them home with a little more than off-the-counter talents, beauty and curves. They have got all it takes to hold their own in the industry.

Michael Okon is one of the new faces in Nollywood. His first feature appearance was in the movie ‘Fragile Pain’ where he was a spoiled brat of a rich politician. Ever since then, he has appeared in a few flicks most recently ‘African Queen’, ‘Men Do Cry’ and many others.

Since making his entry in 2008, Junior Pope Odonwodo  has established himself as an act that will remain for a long time. The actor is very much in demand, and he has already been part of many productions, including ‘Kingdom of Beauty’, ‘Mad Sex’ and many others

Alex Ekubo came to the public eye after competing in the Mr. Nigeria pageant. He is now an actor and a fashion model. ‘In the Cupboard’ remains one of his major blockbusters.

Uti Nwachukwu won the Big Brother Africa reality show and has translated his success into a career in entertainment as an actor, host and presenter. His first movie was ‘True Citizen’ in 2010 and since then, his phone has never stopped ringing for roles.

Gbenro Ajibade Emmanuel is a young man of many talents. He is a TV presenter, a model of international standard and an actor. He features in the soap opera, ‘Tinsel’ which is showing in over 72 countries in Africa and in Europe today.

Joseph Benjamin is not a greenhorn in the entertainment industry. Apart from being the host of the popular MTN Project Fame, he is also into acting. The tall and handsome dude has become more famous with his latest movie titled, “Mr. and Mrs” where he acted the stubborn and uncaring husband to renowned actress Nse Etim-Ekpe.

Former Mr Nigeria Kenneth Okolie who was  kidnapped recently with actress, Sylvanus Nkiru is gradually buying his way into the heart of movie lovers in Nollywood.

O.C. Ukeje was born in Lagos state. He has featured in hit movies like Gone Too Far, Half of a Yellow Sun, Till Death Do Us Part and many others.

Gideon Okeke is a TV presenter, a model  and an actor. He wrote his way into stardom through the popular TV soap ‘Tinsel’ and he starred in ‘Relentless’ which was released in 2010.

Benson Okonkwo is an actor from Enugu Ukwu in Njikoka local government of Anambra state. His most notable flick was ‘Desperate Hawkers’ which sparked rumours about his sexuality,

Nollywood & African Film Critics Awards (NAFCA) nominee Angela Okorie was born in Cotonou to Nigerian parents. She is an up and coming Nigerian Actress who has starred in films such as, NAFCA nominated Holy Serpent, Forbidden Confession and Heart of a Widow among others.

She is 2010  ‘Most Promising Talent’ at the Best of Nollywood Awards, and  2011 City People’s  ‘Fast Rising Actress’. She has featured in “Up Creek Without A Paddle”, “Stripped”, “Weekend Getaway” and many others.

She’s probably the only Hindu in the industry but this doesn’t bother Biola. Her talent and her beauty remains the hook that drags home the big juicy roles for her. In four years, she reportedly featured in over 20 films.

Collette Orji has several claims to stardom and they include “Strength of a Woman”, “Blue Blood”, “Raindrop”, “Two Can Play That Game”, “Amaka Mustapha” and a host of others.

Temitope Osoba is one of the new glamour girls making waves in Yoruba films. She has many flicks under her belt even when she is still new in the industry. Her most popular flicks include ‘Ogun Mi’, ‘Gucci Girls’, ‘Igboro Ti Daru’, ’21 Million’ and many others.

Chita Agwu has acted in over 20 movies and she is still counting. She is also a TV presenter of an Igbo programme known as ‘Akanchanwa’ which will soon be showing on Africa Magic. One of her most notable films is ‘Fatal Betrayer’.

Amaka Obi came into the industry a few years ago and she has already built for herself a name producers have come to admire and trust. Her most notable flicks include ‘Circles of Secrets’, ‘Harlots and Hollies’, ‘Brazilian Hair’, Poca Messiah’ and many others.

Anita Joseph is a screen diva and artiste. After the release of her double hits ‘No Time,’ she featured in one of her hottest flicks yet ‘Sweeter Than Sex’

Uche Joan Iwuanyanwu is an actress from Mbano Local Government area of Imo state. Her first movie ‘Queen’s Island ‘ was shot in 2009 and since then she has not looked back.