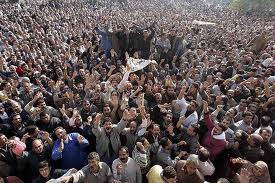 The Nigerian government and people have been fighting on several fronts lately. There is the rising insecurity underlined by the virtual siege laid by Boko Haram to the northern part of the country in the midst of apprehension of a southward shift in their activities. There is too the blot on our international image occasioned by the presidential pardon of a former Bayelsa State governor, Depreye Alamieyeseigha; and there is the ever-rising social tension deriving from escalating unemployment and worsening state of the quality of life of Nigerians. As one journalist put it recently, living in Nigeria is one of the most expensive propositions around the globe but the quality of life is also one of the most depressing.

As if our plates are not already full, government officials including President Goodluck Jonathan warned recently of yet another impending hike in the price of fuel, raising the spectre of a likely shutdown of the country by labour and civil society groups. The official hint came on the heels of a ruling by an Abuja High Court in a case filed by Bamidele Aturu to the effect that government should not tamper with petroleum prices under the guise of deregulating the downstream sector of the oil industry. The Peoples Democratic Party, hardly famous for pro-people social policies, was sufficiently jolted by the timing of the President’s statement that it openly disagreed with the intended increase in fuel prices.

It is not entirely clear why government is contemplating not so long after the seminal national and international upheavals that greeted the precipitate increase in fuel price at the beginning of last year.  So apparently confusing is the recent threat considering that Nigerians have yet to recover from the effects of last year’s increase that at least one columnist, Tatalo Alamu, has openly speculated that there may be some sinister forces in policymaking circles scheming to compound the current national distemper and running crisis. In another setting, kinder and gentler, government would have found it necessary to explain to the electorate what it did with the proceeds of the “subsidy removal” of January 2012 beyond the entirely cosmetic palliatives  of the Christopher Kolade-led SURE-P programme. But we are apparently not so favoured.

Apart from that, and considering that fuel subsidy removal constitutes a tax with ripple effects on the entire economy, it ought to have been considered necessary to educate the people ahead of any such increase — seek their consent that is — and demonstrate how government has notched up in transparency and stewardship to the extent that Nigerians will be willing to further entrust the management of the so-called subsidy funds to it.

To be sure, the arguments for and against the so-called subsidy removal have been over-rehearsed but it should be of interest, nonetheless, that the notorious lack of transparency in the oil industry has done nothing to allay the fears of citizens that subsidy earnings, assuming that there is indeed a subsidy, are not merely going down into a bottomless pit and the black box of prodigal lifestyle by those in government.

There is also, of course, the argument advanced in respectable quarters that a subsidy exists only in the context of the arithmetical sleight of hand by which government calculates the production cost of petroleum; which is why it is interesting that after several removals of the so-called subsidy, there appears to be so much more to remove. Even if by some miracle, the current ominous threat to increase the suffering and poverty of Nigerians is carried through, a few months down the road, we will be bombarded with another round of subsidy removal.  It should be clear that what is going on is an attempt to address fundamental moral and political crises by constant resort to arbitrary taxes irrespective of their consequences on the quality of life and well-being of those who are called upon to, as it were, subsidise a spendthrift political elite.

Obviously, a genuine road map out of the paradox in which an oil producing nation imports fuel for domestic use from several other oil-producing nations would have been the building of refineries that work and the domestication of the technological capacity to refine fuel for domestic use. It should be of interest in this respect that our much smaller neighbour, Niger Republic, which got into the oil business some seven years ago, has already built its own refinery and is even offering to Nigeria the possibility of being one of our suppliers of refined petroleum. Virtually every other oil-producing country has driven its economy in the direction of self-sufficiency making it unnecessary for them to subject their citizens to the dangling axe and nightmare scenarios of the so-called subsidy removals. Factor in this connection,  that Venezuela, one of the countries from which Nigeria imports fuel, has not increased the price of fuel since 1999 while Nigeria in that same period must have removed its so-called subsidy nearly 10 times!

Let us restate it: Many of the advanced democracies subsidise in varying degrees several sectors of their economy in the overall interest of the welfare of their citizens.  Whatever the narrow economic arguments against subsidy, it is clear that several countries around the world, have not abandoned it. What discredited subsidies in our context was its bizarre conversion into a long playing racket involving oil merchants, political acolytes of the high and the mighty as well as technocrats, all of who were having a field day at the nation’s expense. It is this never-ending corrupt wheeling-dealing that government ought to have had the courage and guts to stop rather than driving Nigerians further against the wall. Apart from some token measures taken against the oil merchants in the aftermath of last year’s massive protest, pretty little has been done to reorder the cycle of primitive accumulation that characterises the oil sector.