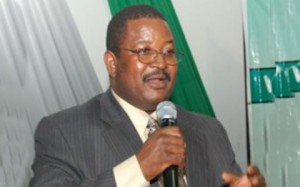 The House of Representatives on Wednesday directed the Nigerian National Petroleum Corporation to remit N6.2tn internally generated revenue to the Federal Government.

Its Committee on Finance also ordered the corporation to allow the Office of the Auditor-General of the Federation to take proper account of its IGR for the period 2009 to 2012.

The committee, which is headed by Mr. Abdulmumini Jibrin, observed that the NNPC breached the Fiscal Responsibility Act, 2007 by keeping its IGR and failing to remit operating surpluses for four years.

It was also accused of denying the AGF access to its books for scrutiny over the years.

Jibrin said the report of the investigation into un-remitted IGRs by government agencies showed that the corporation generated N2tn in 2009 and N2.1tn in 2010.

“But, the NNPC kept all the money; not a single kobo was remitted to the government,” he said.

But, the Group Managing Director, NNPC, Mr. Andrew Yakubu, claimed that the corporation had been operating at a loss, a reason it could not remit any IGR.

Yakubu, who appeared before the committee in Abuja on Wednesday to answer questions on the non-remittance of revenues, told the lawmakers that the NNPC was not making profit.

The GMD claimed that the business climate was harsh for the corporation and had affected its ability to make profits.

He said, “For instance, we have to buy crude at commercial rates but have to sell at regulated prices. As such, it is difficult to generate profit and that is why we have difficulties in remitting to the Consolidated Revenue Fund.

“Also, the cost of generating the IGR is more than the IGR because we spend more to produce the products from where we generate the profits as we incur additional costs to produce those products. Also, we lose nothing less than N600m per week to vandalism, and that is also beyond our control.”

Yakubu added that the raging issue of fuel subsidy had become a burden on the NNPC, as it was the only agency supplying products at regulated prices during the fuel subsidy crisis in 2012.

He refuted the allegation that the NNPC was hiding its books from auditors.

However, lawmakers dismissed Yakubu’s excuses, saying it would be difficult for anyone to convince Nigerians that the NNPC was operating without making profits.