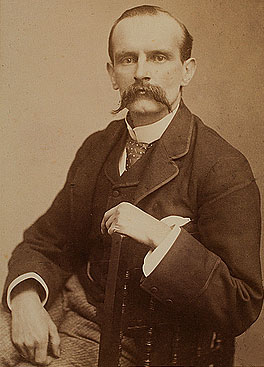 On January 1, 2014, it will be 100 years since the colonial rubber baron, Lord Frederick John Dealtry Lugard (1858-1945), made the audacious decision to bring what was then the Northern part of the Niger (area) in unison with the Southern part, to create what we have today as Nigeria. Before then, the two protectorates lived as distinct and separate entities; not having much in common. Lugard, however, felt it expedient to create the new country, Nigeria, purely for administrative convenience.  No account was taken of differences in culture, tradition, religion, way of life or, for that matter, and the wishes of the people being so rudely submerged. After all, the inhabitants of the protectorates were colonial subjects, and so, it was left to the master to do as he pleased.   This singular colonial fiat has been the source and fountain of Nigeria’s persistent crisis of nationhood ever since.

Thus, the Federal Government’s plan to throw up a huge party to “celebrate” the centenary of this forced merger, next year, is bizarre and ill-advised. Of course, the act of drawing up arbitrary boundaries and creating new state territories are not such a unique thing to Nigeria. As a matter of fact, the whole of modern African states were created in exactly the same fashion at the Berlin Conference of European powers in 1885. They sat around a long, round table with the boundary-less map of  Africa in the middle, and started carving up the territories into choice names:  Cameroon (Land of shrimps), Gold Coast  (Land of gold), Ivory Coast (Land of ivories), Upper Volta, Kenya, Mali, among others. That is how modern African states acquired their identities. It is a painful part of African history. That is why no one proposed the centenary celebration of the Berlin Conference in 1995. The 1914 amalgamation of Nigeria was an unfinished business from ‘Berlin 1885’. It therefore defies logic that right-thinking Nigerians would want to turn that into a cause célèbre.

Perhaps, more than just the funfair planned by the Federal Government is the more pressing issue of the legality of the amalgamation itself. My search through the United Kingdom Parliamentary archives did not reveal any promulgation of an Act of Parliament on the subject as it should have.

Lord Lugard presented a series of “reports”, one of which was published in May 1913 in which “the Secretary of State has decided that the combined territories of Northern and Southern Nigeria, divided into two or more subsidiary administrations, shall be placed under the control of a single Governor-General…” Lugard had simply prevailed on the Secretary of State to rubber stamp his wish to rule over a vast swathe of land which he had christened Nigeria.  The next occasion of historical significance that took place in relation to this was when Lugard actually delivered the “Amalgamation speech” on the “amalgamation day of January 1, 1914”.

He boldly announced to the world, based on his agreement with the Secretary of State the previous year, his “desire therefore as  briefly as possible to describe to his audience, and through them to the official and unofficial community of Nigeria the basis on which this Amalgamation is to be carried out…’’  The basis, of course, was to facilitate the continued exploitation of the people and their natural resources. Let’s not forget, this was done as World War 1 was just breaking out, Parliamentary process was thus dispensed with. It is my submission, therefore, that a Nigerian court of competent jurisdiction can and should be given the opportunity to rule on the said amalgamation. Committed eminent Nigerian lawyers could, if they choose to, seek a judicial review of the decision to amalgamate as soon as it is practicable to do so. A declaration that the decision is null and void should usher in an immediate convocation of a Sovereign National Conference to give Nigerians the long awaited say on this most vexed of all issues.

Having said that, I can hear discordant voices saying: ‘leave well alone; let it be; the fraud was perpetrated long time ago; it’s an act of God; it’s our destiny to be together, among others.  These voices are well-meaning, but wrong in a fundamental respect. In 1707, the previously disagreeable Kingdoms of Scotland and England were merged by King James (1), a Scottish Monarch, and was later ratified by Scottish and English Parliaments when they both met for the first time in October 1707. There lies the basis of the United Kingdom as we know it today. Why was this precedent not applied to the amalgamation of Nigeria over 200 years later?

Nonetheless, parliamentary legitimacy notwithstanding, the “Act of Union” between Scotland and England has been a running sore in the hearts of many Scots for a long time. With its population of just over five million compared to England’s  53 million (or 84 per cent of the total UK population), Scottish nationalist leaders have long felt “sub-merged” and “marginalised” within the UK although, this may be more apparent than real to an outside observer.

Nonetheless, because this feeling runs deep, it was given political expression by the formation of the Scottish Nationalist Party in 1934. Why can’t, for instance, Boko Haram members be allowed to express their political grievances through a legitimate political party with the sole aim of establishing a Sharia state in the Northern region for that matter? Why not? Once you have feelings of “injustice” running so deep, and being so visceral, it needs to be given democratic expression or, the people will resort to violence.

Anyway, back to Scotland. The SNP was berated and shunned for much of its early existence, until it gradually began to win the hearts and minds of the Scottish people.  It won its first parliamentary seat in 1945, then, substantially increased its representation in 1974 with 11 Members of Parliament, before finally becoming the majority in Scottish Parliament in 2007. The party’s mantra since formation has remained full independence for Scotland and a break away from the UK. Guess what?

The UK Parliament has now agreed a referendum of the Scottish people to take place in 2014 to determine whether Scotland should opt out of the UK and re-start life as an independent entity. The campaign has already started between pro and anti independence camps.  It promises to be lively and enlightening.

My haunch is that there will be a narrow victory for those who wish to remain in the UK and the nationalist fervour would have been extinguished for the foreseeable future.  The question for us in Nigeria is why are we afraid of an open democratic debate about the terms of our existence as a state? Why is this type of debate encouraged in Western countries as a mark of political maturity and it is discouraged in our society as heresy?

Why do we want to spend a trillion naira bringing out dance troupes and masqueraders next year to celebrate the centenary of an amalgamation, which to all intent and purposes is a legal infamy? Our leaders appear to have taken leave of their senses with this one. Let’s hope common sense will eventually prevail.