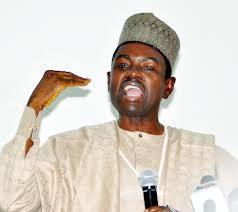 The Action Congress of Nigeria (ACN) has described as a huge scam and an illegality the ”Good Governance Tour”currently embarked upon by the Minister of Information, Mr. Labaran Maku, and a retinue of people, saying it must be stopped forthwith and those behind it made to account for the public funds they have collected in the process.

In a statement issued in Lagos on Thursday by its National Publicity Secretary, Alhaji Lai Mohammed, the party also commended Gov. Adams Oshiomhole of Edo State for rejecting a multi-million-naira proposal from the Minister asking the state government to bankroll the Edo leg of the tour.

It said such a tour as currently being led by the Minister across the country is an illegality in a federalism, the system of government which Nigeria is running, because it distorts the Constitution and gives the impression that the Federal bGovernment is a supervisor of the various states

”Under our federalism, no state is subject to any control from the Federal Government, and no Governor is mandated to report to the President. To now have a team assembled by the Federal Government inspecting the projects being carried out by the various states is not only fraudulent and illegal, but amounts to a blatant waste of public funds. It is a carry-over from the days of military rule under which Nigeria was governed as a unitary state.

”It is also a case of double jeopardy for the states, whose projects are made to look like they are being executed by the Federal Government, while at the same time they (states) are being made to pay for the meaningless tour.

”We say, unequivocally, that this tour fits into other fraudulent schemes concocted by this Federal Government to swindle the people, enrich a few and pad its war chest for the 2015 elections, and we are talking here of SURE-P as well as the oil subsidy and the pension fund scam. This jamboree must end today!” ACN said.

It added: ”If the Federal Government has any project to showcase anywhere in the country, it is its prerogative to do so without extorting money from the states. And where it has nothing to showcase, it is fraudulent to be showcasing the projects embarked  upon by state governments, many of which are not even under the same party as the Federal Government, hence they have their own mandates based on their party manifestoes.

”Wouldnt it be laughable to see the Minister of Information questioning contractors of projects being executed by state governments or issue ultimatums to contractors he did not hire?

Minister Maku should immediately put an end to the jamboree he is leading, declare all the public funds he has collected in the name of this tour and return such  to the state governments that have been swindled under the so-called ”Good Governance Tour.”