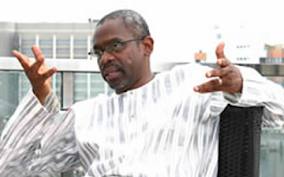 The Minority Caucus in the House of Representatives Thursday urged President Goodluck Jonathan to sign the 2013 Appropriation Bill into law without further delay or risk a situation where the parliament would override his presidential veto as provided in the constitution.

This came as the Chairman, Senate Committee on Business and Rules, Senator Ita Enang, yesterday dismissed a recent allegation that the president had refused to sign the 2013 Appropriation Bill into law because the lawmakers appropriated another N93 billion to themselves aside the original appropriation to the legislature in the budget.

However, the opposition lawmakers in their presentation, said: “We call on Mr. President to very quickly sign the 2013 budget and we will work with him on this if there are genuine grey areas. We are already in February and a situation where the legislature will have to over ride his presidential veto as constitutionally provided is not a good way to start the year or foster a good legislative-executive relationship.

The over  160-member  caucus comprise legislators elected on the platform of Action Congress of Nigeria (ACN), All Nigeria Peoples Party (ANPP), Congress for Progress Change (CPC) and All Progressives Grand Alliance (APGA).

Minority Leader of the House, Hon. Femi Gbajabiamila(ACN/Lagos), who addressed journalists after a closed door meeting  of the parties  yesterday, said the opposition  legislators would continue to work together with the president for the common good but would not hesitate to disagree with him when necessary.

“This is the essence of true democracy and the true meaning of opposition and we trust that the PDP will also do likewise come 2015 when it plays the much needed role of opposition in our democracy,” he said.