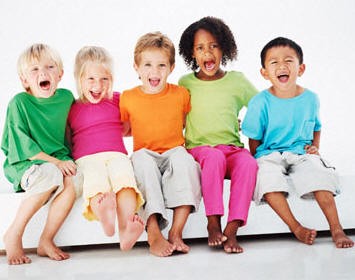 The multi-dimensional effect of lack of development and poverty on Africa and Africans engulfs not only the adult in terms of economic depravity, or the younger generation which makes the most of the African population, through faded possibilities of realizing their life ambitions, but also very importantly and under-discussed is the prevalence of these effects on young infants through child mortality.

Infant mortality around the world is indeed a cause for concern, but more relevantly is the preventable level of infant mortality in sub-Saharan Africa which boasts of about half of the global child mortality rate estimated at 6.9 million children under five years in 2011 alone.

However, in light of these concerns, and an attempt to ensure a continuous generation on future leaders in the African continent and beyond, the Children’s Prize under the leadership of Dr. Ted Caplow has is initiating a different way to give beyond the conventional mode of philanthropy and funding the best solutions to Child Mortality through a million dollar fund.

Children’s Prize, committed to saving lives of Children under five (5) years and has put forward a competitive platform for the submission of ideas, utilizing the internet to facilitate a direct interface between grant applicants and the Children’s Prize million dollar fund, aimed at reducing to the barest minimum, the rate of child mortality. An animation of the idea behind the prize is obtainable here while the official Press Release from the organization is attached herewith.

$1 million online prize may save hundreds of lives

Miami, FL, January 14, 2013 – Social entrepreneur and philanthropist Dr. Ted Caplow has created the Children’s Prize in an attempt to save as many children’s lives as possible for one million dollars. The Children’s Prize is an Internet based contest open to people or organizations from any corner of the globe.

The entire application process can be completed online. Applicants to the prize must propose plans to save the lives of children who would otherwise die before the age of five. The rules are extremely simple: the winner will present a proposal that balances credibility with the greatest number of lives saved, and will be awarded one million dollars to execute their vision. The lives to be saved must be in immediate danger, and the names of the beneficiaries must be provided to the donor over the course of the winning project. The timeline and budget details are up to the applicant.

“The death of a child is a uniquely powerful and universal tragedy,” says Dr. Caplow, a recent father of triplets, “and the Children’s Prize is a no-holds-barred experiment to harness new opportunities in philanthropy created by the communications age.”

In 2011, almost seven million children around the world died from preventable causes such as malaria, diarrhea, pneumonia, or neonatal infection before their fifth birthday. Applicants to the Prize can include medical clinics, NGO’s, municipalities, schools, scientists, doctors, community leaders, and private citizens. Emerging online tools for social connectivity and the exchange of visual media will play a critical role in selecting finalists and verifying results.

“Today’s social fabric is no longer bounded by geography or the pace of the postal system, and our goal is to pioneer a model that empowers individual donors to specify and control their objectives, and then invite the world to come to them with tailored proposals.” says Dr. Caplow.

Unlike conventional, institutionalized charity, the Children’s Prize attempts to use the Internet to act independently across great distances.

The Children’s Prize was launched January 14, 2013 and Entry Forms will continue being accepted until May 1, 2013. To date proposals have been received from countries in sub-Saharan
Africa, the Indian subcontinent, the Middle East, and North America. Project ideas range from bed nets to prevent malaria carried by mosquitoes to water tanks for safe drinking water to expanding the capacity of health facilities.

The entry form and contest rules, together with video interviews with Dr. Caplow and further information on the prize, can be found on our website at www.childrensprize.org.