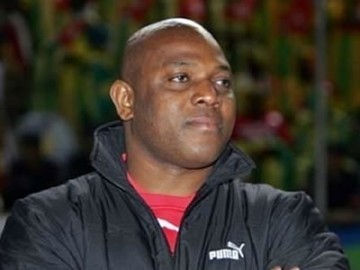 You gotta be living in Mars not to have smelt the putrid dust kicked in the air by the spat between the two teams that have ruled, some say ruined, the Nigerian nation for much of the last decade and half.

In one corner are the lieutenants of former President Olusegun Obasanjo. In the red corner, bloodied but still swinging, are the colonels of President Goodluck Jonathan.

Now, in most cultures, a political fight over underachievement is a good thing because the competition for the hearts of the citizens leads to betterment in the standards of living of the people. The problem though is that in this instance it’s like the house of PDP tearing itself new holes. A big danger when you realize that the opposition is also coming together, maybe a dozen years later than it should have.

In the whole mudslinging, no one has spared a thought for tomorrow’s children or today’s heroes. In the period when yesterday and today’s men and women of power were busy displaying their failed records, the Nigerian Super Eagles were quietly doing what no one expected – marching to an improbably African title after nineteen barren years and a tournament removed from the indignity of not even qualifying for the championship.

I must confess that I, like many optimistic Nigerian supporters, thought the Eagles had a chance of making the last 4. But, after a lackluster group stage that threw Ivory Coast in our path, I knew the elephants would eat us alive. But, then I forgot the Stephen Keshi factor. I first met Keshi as a pimpled, teenage newspaper intern about twenty-one years ago and the first thing that struck me about him was his charismatic nature. I thought the man was made for American politics.

But, when he was appointed the national head coach, I gave him eighteen months to last in the job. You see, Keshi is a forceful leader that bleeds Nigeria through and through. The last time I spoke with him on the phone a few years ago in company of my late friend, Sunday Orelesi, all he talked about was how to get Nigeria back on top. And, of course, encouraging us to do it in our own ways too.

I was sure the Nigerian football federation who never really wanted Keshi in the first instance would wait for him to meet his waterloo at the African Cup of Nations, if he qualifies, then let all of Nigerians know that the future was sitting at home in an European town and looking for suckers in Africa to employ him.

Clearly evident in the victory of the Eagles was one thing – the undeniable spirit of the average Nigerian to succeed against all odds. It seems all the Nigerian need is a chance and he will fly. For every Nigerians dragging the name of the country in the mud overseas, there are hundreds quietly making Nigeria proud.

Here were the Eagles, long derided as Super chickens going to the African Cup of Nations with a baggage in the person of its head coach, a man whose handicap is that he’s a Nigerian working for his country. That is not supposed to happen. The job of the Eagles head coach is reserved for European journeymen trying to make a quick buck. It’s a job for men who can cut deals with the lords of Nigerian football.

You find a lot of this in the Nigerian life today. In my frequent jaunts into Nigeria, I have been shocked at how much of the country has been taken over by foreigners with very little qualifications and pedigree.  They lord their power over hapless Nigerians who are busy selling out their fellow citizens just to eat the few crumbs falling from the tables of the foreigners they are much qualified than.

Foreign investment in an economy is a great thing. It means the country’s economy is growing. This is what happens in foreign countries with aspirations to grow. My partners and I were developing a film project once that would involve themes that were American, Nigerian and Chinese. It seemed like a great concept until I found out how tough it is to take profits out of China. It seemed the Chinese sensibly have decided that in order to grow their film industry and economy, they would have to inject profits back into the industry.

Back in Nigeria, what you see is the opposite. Profits are being carted out of the country with ignominy, often with the collaboration of yesterday and today’s men.  The boards of Nigerian companies are stacked with these men and women who invariably help the country take one step forward and five backwards in economy development.

But, the ordinary, long suffering Nigeria just soldiers on. One of the great things in the political power play is that when daddy and mummy fights, the kids tend to have a window of opportunity to stretch their muscles. It’s a little window because you know mummy and daddy will close ranks again, just as all the noisemakers of today will close ranks ahead of the next elections.

But, there is a Keshi in all of us waiting to be unleashed. If only the government will give Nigerians a chance to soar. We would not only be the giants of Africa again. We could be kings of the world.