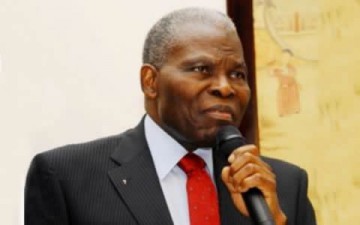 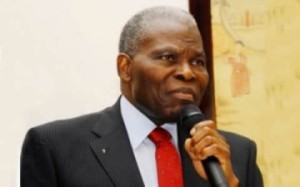 These days, we are reminded almost on a daily basis of the need to be vigilant.  I had wanted to stay away from the controversies that trailed the boycott of the House of Representatives investigation into the implementation of the Subsidy Reinvestment and Empowerment Programme, by key government officials last month. I was however jolted out of my indifference with the startling revelations by Dr. Oby Ezekwesili, former Minister of Education, that the Yar’Adua/Jonathan government squandered the $67bn savings that ex-president Olusegun Obasanjo, former president left behind in 2007.  For good measure, Ezekwesili even challenged government officials to a public debate to discuss this very serious accusation.

Ezekwesili’s revelation is only an allegation and it remains so until exhaustively substantiated. So, one is therefore taken aback by the arrogant and disingenuous defence by the executive arm, I mean the president’s men, and this is beginning to heighten my suspicion.

Easily, one could draw a correlation between this incident and the one that took place on Tuesday, January 22, 2013 in the House of Representatives. On that day, a joint committee of the House had convened a meeting of stakeholders to review projects purported to have been executed by SURE-P with funds received from last year’s partial removal of fuel subsidy. But as it turned out, the much anticipated public hearing never held. You already know the reason by now. Those appointed to serve us: ministers and senior government officials shunned our elected law makers and their proceedings. This is not only absurd but dangerous for our democracy.

I still cannot understand why ministers and other public officers find it difficult to account for their actions whenever the need arises. And this unfortunately is fast becoming a tradition.  For 2013 alone, SURE-P will spend N273.52bn and this is a lot of money. I guess these public officers would have expected a situation where they are rather left alone to disburse the money the way they deem fit. But I am surprised that they have forgotten so soon how SURE-P came about in the first instance. May be we should remind ourselves how we got here. SURE-P is supposed to cushion the effect of federal government’s partial removal of fuel subsidy, particularly with the provision of infrastructural facilities and accelerating economic activities through investments.

Sadly, SURE-P has not fully taken advantage of these pivotal roles it is meant to play in the development of our critical infrastructure. To make matters worse, it is even speculated in some quarters that the organisation is serving the interest of a few individuals and groups who have hijacked it. But it could still redeem its image if it does the right thing. And for me, the starting point should be its willingness to submit to the power of the people which the legislature represents.

Yet, if you ask me, I would still say SURE-P is a fitting gesture from a government that desires and speaks transformation like no one before it. But the question is:  how much of this long and winding road to transformation are government officials willing to travel, at least with the conduct of public officers to issues of public interest lately? Why would ministers and senior government officials fail in their duty as helpers and supporters of their principal, even in critical areas?  There is something seriously wrong with our democracy if ministers continually disparage our legislature and manage to go on without any form of reprimand.

However, the only consolation as far as I am concerned, that is in this instance, is that these ministers and heads of concerned agencies who snubbed the House have a match in Dakuku Peterside, lead chairman of the joint committee. Peterside who has a robust civil society and public administration background, has already expressed his colleagues’ displeasure with the attitude of the ministers. This discontentment by the legislature has also quietly set the tone of what may come if what happened on January 22 repeats itself on the re-scheduled date.

I believe that for us to make the required progress as a country, we must be prepared to take on some individuals who are deceived by the high offices they occupy. For me, the issues at stake in this SURE-P public hearing are germane. After all, they bear on accountability and the rule of law and no democracy can thrive without due process. This is why we must support our law makers. I however wish to challenge them to invoke the necessary laws, if necessary, to ensure that erring officers are tried and convicted as stipulated by the Legislative Houses (Powers and Privileges) Act as amended. Those appointed to public office must show humility and a strong sense of duty. A minister must at all times be guided by his oath which essentially borders on service to his or her fatherland. And anyone who personalises his office for whatever reason should be sanctioned appropriately.

Let us not forget in a hurry that the legislature is for the people and therefore it must consistently serve the common good. And when they genuinely serve our interest, like they are doing in this SURE-P issue, we must encourage them.  We must also constantly remind ministers and those in very high executive positions that it was by the resolution and approval of the National Assembly that they became ministers. It is also by the resolution and approval of the legislature that they receive appropriation and thus money to spend. It is also interesting to note that it is by the appropriation of the National Assembly that they have access to SURE-P money to spend in their various ministries, agencies and departments. Therefore, we all must move, and very speedily too, from State house democracy to peoples democracy where accountability holds sway. This is the way to go.