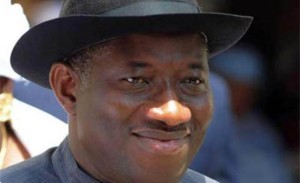 Nigeria’s crisis of leadership has grown so malignant that one is frequently tempted to cry, “Where is Fela Anikulapo-Kuti when we need him?” The latest distraction is news that former President Olusegun Obasanjo and his posse are at war with President Goodluck Jonathan and his circle. Were Fela alive today, he would have deployed his rhetorical genius to examine this astonishing drama. Fela had this inimitable facility for finding the right expressive idiom to lay bare the machinations of “authority people.”

Trust Fela: he would have come up with the most eloquent phrase for the absurdity playing itself out in Nigeria, the “government magic” behind the supposed feud between a man, Obasanjo, and his beloved son, Jonathan.
At any rate, that musical maestro with a prescient philosophic acumen would have recognized the precise nature of Nigeria’s tragedy-in-progress. We are starved for true, tested, focused leadership. We desire – and, I dare hope, deserve – a leadership that understands that the space called Nigeria is woefully backward in every index that counts. Nigerians are hungry for a leadership willing and able to meet the arduous challenge of humanizing our environment. Instead, we are being treated, once again, to some silly, inelegant theater that presumes to be a war.

The latest incarnation of this manufactured war was provoked by Oby Ezekwesili – a former minister and due process czar in the Obasanjo Presidency. In a speech at the University of Nigeria, Nsukka, Ms. Ezekwesili (most recently a top official of the World Bank) implied that the Umaru Yar’Adua and Jonathan administrations had irresponsibly squandered much of the nearly $70 billion they inherited in foreign reserves. You’d think that she had questioned the law of gravity for the fury of the response that issued from Mr. Jonathan’s coterie. She was pilloried as a liar, categorized as a yeoman for Mr. Obasanjo, accused of elephantine wastage during her ministerial stint, and described as unworthy of engagement in a debate she called for. In Nigerian parlance, she was both “rubbished” and “finished.”

The Ezekwesili World War was still simmering when Mr. Obasanjo opened up a different sector of conflict. Last week, several Nigerian newspapers culled an interview in which Mr. Obasanjo, again, censured Mr. Jonathan for failing to arrest Boko Haram’s terror scourge. In a fierce response, one of Mr. Jonathan’s aides told Obasanjo what the present administration thinks of him – not much!

This whole messy affair should disturb Nigerians because, as an American friend of mine would say, there’s nothing there. It is a typical political exercise, a concatenation of attacks and counter-attacks in which nothing as substantial as a principle is at stake. It’s an ego-driven, feigned war between two men – Obasanjo and Jonathan – and their two camps. But the two sides share the same fundamental outlook on misgoverning Nigeria and impoverishing our lives.

At heart, both Mr. Obasanjo and his protégé, Mr. Jonathan, are one. For all of Obasanjo’s veiled and direct criticisms of the late Mr. Yar’Adua and Mr. Jonathan, the fact remains that he foisted both men on the Peoples Democratic Party as candidates. Obasanjo was the closest thing to an imperial president. He could easily have chosen any other pair and forced the PDP to acquiesce in his choice. Instead, he insisted on a Yar’Adua hobbled by grave illness and a Jonathan whose record in public office – as a deputy governor and governor – was far from impressive. And he was the ubiquitous, visible campaigner-in-chief for the two men. He dominated each campaign event. At each stop, he seized the podium to vouch for his self-chosen successors. He told Nigerians that the tag team of Yar’Adua and Jonathan was the only one to safeguard, sustain and build on his achievements as the (self-proclaimed) founder of modern Nigeria – never mind that his tenure was tall on propaganda and short on real, enduring accomplishments.

Call me a sucker for conspiracy theories if you wish, but I suspect that Mr. Obasanjo knew exactly what he was doing when he decided on his successors – and underwrote their “landslide” triumph in an election he notoriously declared a do-or-die affair. Nigerians had denied Obasanjo his fantasy about a third term in office. If you ask me, then, I’d hazard that a miffed Obasanjo set out to give us grief. He designed a future in which he could assail the men he installed in office as weak, confused and ineffectual – and be assured of our collective assent and corroboration.

Those possessed of a long memory should not be fooled. Often, I receive telephone calls from friends or acquaintances who argue that Obasanjo’s presidency was better than those of Mr. Yar’Adua and Mr. Jonathan. On such occasions, I give two responses. One is to remind my interlocutor that it makes little sense to apply the word “better” in discussing three mediocre, middling presidencies. It strikes me as odd to describe a pupil who scores 30% in an exam as better than another who scored 26%. The important fact is that both students FAILED. Beyond that, I also stipulate that the Yar’Adua and Jonathan administrations ought to be properly seen as extensions of Obasanjo’s legacy.

Life for everyday Nigerians continues to deteriorate, to descend into ever more brutish, nasty states. Mr. Jonathan’s apologists boast about improvements in the power sector. Yet, during my recent visit to Nigeria, I visited a friend whose area had not had one second of electric power in five straight days. Of what use is it to tell such a man that Nigeria now generates twice the quantity of megawatts from the levels when Mr. Obasanjo misran the country?

Though he’s no Fela, presidential spokesman Reuben Abati last week struck a plausible note when he called yesterday’s men and women hounding Mr. Jonathan by a fitting name: hypocrites. Ms. Ezekwesili was once hyped as a champion of due process. Yet, that gloss was extremely thin. She served in an administration that blew $10 billion or more on the power sector – with nothing to show for it. Did due process go to sleep as Mr. Obasanjo paid huge sums of cash to companies that simply disappeared, never to do the job that was paid for – or to be seen again? She was also there when US authorities caught one of Mr. Obasanjo’s closest aides for ferrying close to $200,000 in raw cash on a presidential jet into New York City. Part of the money was used to buy a Mercedes Benz, and close to $50,000 to purchase equipment for Mr. Obasanjo’s farm in Ota, Ogun State. That bizarre transaction violated both US and Nigerian laws about cash movements. US authorities extracted a fine of $26,000 from the president’s aide. Nigerian authorities pretended that – to use a popular Nigerian saying – “nothing spoil.” Did Ms. Ezekwesili ever raise any objection to that scandal, or insist that the presidential aide face the legal consequences?

It bears repeating: the spat between the Obasanjo and Jonathan crowds is not informed by any differences in principle. Why are we even arguing about the size of foreign reserves when our citizens have no decent hospitals to go to, our schools – from elementary to university – are dilapidated, our roads are a shambles, power supply remains woeful, and most Nigerians have to pee and defecate in the open, like animals?

Serious leaders around the world spend their waking hours thinking up strategies for improving the lot of their people, and positioning their nations as players in the global economy. Nigeria’s pretend-leaders spend half of their waking hours scheming over who, among a set of undesirable parasites, is to become the ruling party’s next chairman of the Board of Trustees; the other half on depraved conspiracies to corner scandalous sums of public funds for their private use!

In the end, the Obasanjo and Jonathan camps do not disagree on a fundamental point: that the mindless, unconscionable screwing of hapless Nigerians should continue. In fact, to speak about them as two camps is a misnomer. They have a shared consensus on the things that matter to them.

They hurl accusations of corruption across the faux lines, but they will never unmask themselves – never let Nigerians into the real gist, or initiate any serious prosecution. They’re staunch believers in the sharing of oil blocks among themselves – at the price of a breeze. They believe it’s better to transport themselves and members of their families to foreign hospitals rather than fund modern healthcare for all Nigerians. It makes more sense to them to buy up more private jets and acquire more swanky homes abroad than fix our roads. They will continue to cart away billions of dollars each year in security votes and constituency allowances. They don’t mind in the least that our police academies are unfit even for rodent habitation; they see to it that those of their number guilty of stealing billions of naira from the police pension fund should receive nothing harsher than the slightest slap on the wrist. No, they are in no hurry to mandate public declaration of assets. They’re even less willing to consider erasure of the odious constitutional provision that grants immunity to governors and the president when they commit serious crimes.

My hunch was always this: that once all the smoke disappears, Nigerians will awake to see Mr. Obasanjo hugging President Jonathan, his beloved political son, the two men beaming like sin. That scenario played out last Sunday as Mr. Obasanjo joined President Jonathan in a photo-op worship at Aso Rock chapel. That was proof that the so-called disaffection between the two “gladiators” is a smokescreen. There’s nothing in the ongoing fray that cannot be settled in the usual manner: the award of a juicy contract or two, or the trading of one or two oil blocks.