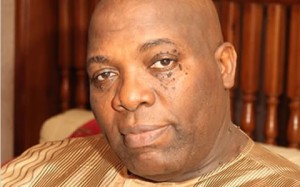 The Presidency says President Goodluck Jonathan has done well since he assumed office.

It therefore said the accusation of incompetence levelled against him was untrue and a mere political propaganda.

The Senior Special Assistant to the President on Public Affairs, Dr. Doyin Okupe stated this in a statement on Monday.

Okupe, who said the claims by the opposition that the President was incompetent were untrue and lacked facts, adding that part of the opposition’s strategy to present the government as not being effective, was to advance their selfish cause.

The president’s aide said the background of Jonathan indicated that he was neither a clueless nor an incompetence leader.

Okupe said, “The background of President Jonathan does not fall into the mould of incompetence or cluelessness that the opposition tries too hard to sell to the Nigerian populace.

“Webster Dictionary defines it as ‘lacking the qualities needed for effective action.’ Going by the above definitions, President Goodluck Jonathan is perhaps the most academically qualified Nigerian President ever.

“By cognate qualification, no President has had the experience, preparation and tutelage for the post of the President than Goodluck Jonathan. He was a Deputy Governor, a Governor, a Vice President, and an Acting President and an elected President.”

With these backgrounds, Okupe said it was obvious that the President had the requisite qualification for effective action.