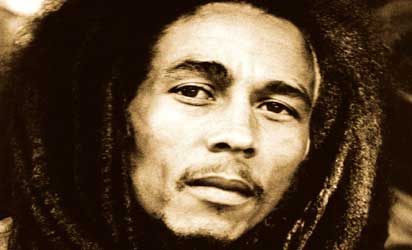 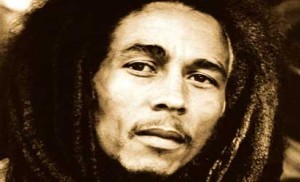 Across the globe, Marley’s birthday resonate with his music being played in radio and television stations. The global media was not left out. Many of the leading papers and websites had stories on the late Marley who continue to influence the world in many ways.

Thirty six years after his death, Forbes ranks the reggae icon number five on its list of top earning dead celebrities. He raked in US$17 million over the past 12 months from record sales, a new line of eco-friendly audio and lifestyle products, and the recently added Marley Mellow Mood “Relaxation Drink.”

Since his death from cancer on May 11, 1981 at 36, Marley has become more than Jamaica’s most famous musical export. The trailblazing reggae songwriter’s message of unity and respect for human rights remains a beacon of hope for some in his Caribbean nation chronically struggling with a sputtering economy and high rates of violence.

Some of Marley’s foreign fans journeyed to the Kingston museum to take part in Wednesday’s festivities.  A dreadlocked Japanese man who goes by the name of Bongho Jatusy smoked a long wooden pipe stuffed with marijuana and nodded his head to the music.

Roots reggae became very popular in Europe in the 1970s, especially among left-wing white youths in Western Europe. There are reggae festivals in Asia.   In Kampala Uganda, the Rastafarian fraternity organized a jam session at the Laftaz Lounge, Centenary park to celebrate their fallen brother’s birthday.

The jam session paid tribute to Marley’s life, music and his impact on the Rastafarian fraternity.  In Mexico, the Jamaican  soccer team marked Bob Marley’s birthday, and held Mexico to historic draw in Europe, Asia, USA and the Americas. In Africa, the man described as the spirit of reggae was celebrated with tributes, music, tourism and others. The social media was ablaze with tweets, Facebook comments, you tube videos etc, on the icon.

In the early morning light, some of Marley’s relations and old friends danced and chanted to the pounding of Rastafarian drums in the yard of his Kingston home, which is now a family-run museum displaying his guitar, clothing and other memorabilia. Later in the day, Marley’s songs were blasted from big speakers as people danced and chatted amid clouds of marijuana smoke.

Donisha Prendergast, a documentary filmmaker and artist who is Marley’s eldest granddaughter, said her grandfather’s message of “one love” and social revolution remains alive and well. But she said more Jamaicans need to heed it.

“I don’t think most people here are really hearing it, you know? They know that his music is around and they are proud of it, but they don’t live it. Because if they did, then we would be a stronger people, we would be stronger characters,” Prendergast said.

Marley is widely credited for bringing reggae music and the Rastafarian movement to a worldwide audience. His “Legend” album, released in 1984, is reggae’s biggest selling album to date, with more than 10 million copies sold in the United States and an estimated 25 million worldwide.

Three months before his death on May 11,  1981, Bob Marley received the Jamaican Order of Merit, the nation’s third highest honour. But after that, he received several accolades including BBC’s song of the millenium (One Love), induction into the Rock and Roll Hall of Fame and Time Magazine Album of the Century (Exodus).

The late reggae King is sitting comfortably at the top of the iTune charts with his 1984 compilation album Legend which has the number one spot in 17 of 22 international markets.