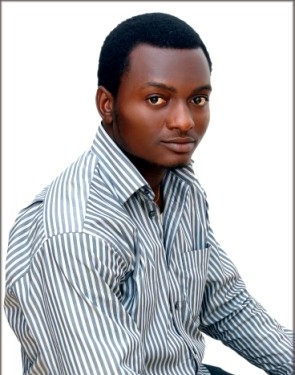 Economic advancement has always been a function of being able to provide improved goods and services at a faster rate with fewer workers. And to a large extent, technology has been a vital tool for economic progression. It’s undeniable that technology has greatly improved how business is done. Unfortunately as well, technology has resulted into disregarding the need for monotonous task and the people who carry them out, leading to freeing-up of so many jobs. MacAfee once pointed out that “certain kinds of document examination once done by armies of lawyers—can now be done competently by scanning technologies and software.” This implies that not only labour intensive jobs are being threatened.

The influx of technology in production is gradually annulling the conventional believe that increase in production instantly results into job creation. And sadly, many of the lost jobs aren’t immediately replaced with enough newer and higher skilled jobs to make up for the loss. Isn’t the Luddite fear of machines replacing people gradually becoming a reality? American entrepreneur and software engineer, Marc Andreessen didn’t mince words when he said “Software is eating the world. Industry after industry is being disrupted by software, and if your industry hasn’t been transformed into a software business, you’d better start worrying now.”

Without any iota of doubt, technology, especially information technology has greatly helped in creating amazing opportunities which aren’t restricted to walls or boundaries. But studies have revealed that IT is basically favouring only 1% at the top of the pyramid while draining opportunities at the lower level most especially in the area of job creation. And come to think of it multi billion dollars information technology companies don’t essentially employ a large number of people. Twitter, with a financial worth of over $8 billion employs about 650 workers, Facebook with an estimated $3.7 billion in revenue and $1 billion profit in 2011 has only 3,000 employees.

Corporations benefit greatly basically because with modern technology they can operate leaner and then make more profits. “I had many occasions to work with the marketing reps, and the approach they used in selling anything to any customer was telling them that if they bought X number of their wonderful machines, they could lay off Y number of employees”A customer engineer with IBM for twenty-five years who specializes on installing and troubleshooting large mainframes IBM explained.

But it’s also very imperative to note that though the advent of new technology might destroy jobs initially, things will eventually balance up in the long term. The initially unemployed will later find jobs elsewhere; say in repair and maintenance of technological equipment.

On the other hand, we also should realize that success from thriving industries as a result of technological advancement would in many ways help the economy; consumers would be able to purchase goods at cheaper prizes, hence save more money, which would increase their demands and purchasing power for other products. Other industries would respond to this increase in demand by producing more, which automatically implies employing more workers. Also, the remaining few workers who didn’t lose their jobs would benefit from higher wages. And with higher profits, capitalists can now venture into other businesses where they’d naturally have to employ more workers. Almost everyone benefits in the long run. So in this sense, technology both eliminates and creates jobs. And this lends so much credence to the words of Robert Solow; Nobel Prize winning economist who said “it has been the norm throughout the course of history for technology to throw people out of work. But in the long run, employment keeps growing, and wages keep rising”

To find relevance in the ever changing world of growing technology, it’s important that individuals reinvent themselves and be devoted to constant professional trainings and never ending improvements. Basically because jobs that require mentally creative analytic skills and high level problem solving ability can’t easily find technological replacements. The inability to think creatively and critically implies difficulty in getting or maintaining employment.

*This article was first published on www.AfricanLiberty.org