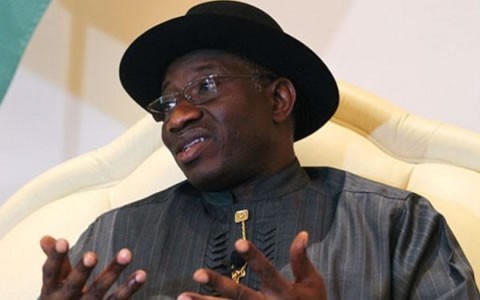 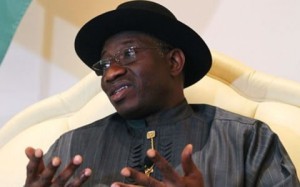 Going by media reports, it has been 21 days since the 2013 Appropriation Bill was forwarded by the National Assembly to President Goodluck Jonathan for his assent. Since then, there has been no word from the President to indicate his assent or his refusal to assent to the bill. A couple of days ago, the President and the leadership of the National Assembly met behind closed doors and thereafter refused to address the public on the reasons for the meeting and or the decisions arising from their meeting. It has all been silence on both sides. Yes, the Constitution in Section 58 (4) allows the President up to 30 days to signify his assent or the withholding of his assent. But do we have all the time in the world before commencing the implementation of the 2013 budget?

The news of the relatively early presentation of the 2013 budget by the President to the National Assembly in October 2012 was a big relief to stakeholders in the budgeting process. The announcement of an early passage, shortly before the legislative break, was also a welcome development. Whatever gains that could have accrued from these relatively timely activities of the Executive and Legislature would now be wiped off by the unnecessary feud by the two arms of government.  It does not take more than a few days to study and take a position on a bill and communicate same to the legislature.

The public concern is that whatever is the source of the disagreement between the two arms of government in the 2013 budget is not about the security and welfare of the people who they swore to serve. It is about their personal and selfish interests, their ego and these have nothing to do with either legality or legitimacy. As it stands today, even though there has been no official word from the President, if he is in agreement with all the issues in the budget, he would have signed it. There are a number of reasons that provide sufficient grounds to conclude that we do not need this needless distractive feud.

The first is that we are in the thick of the dry season which is the best period for the construction of roads, bridges, schools, hospitals, among other.  One would have expected that the authorities recognise this fact and optimally utilise the period before the rains set in and make outdoor infrastructure construction impossible. Without agreement on the funds to be spent, releases of funds in this period will be based on a rule of the thumb and not on any empirical approach to project funding and management. Even though Section 82 of the Constitution authorises the President to withdraw funds from the Consolidated Revenue Fund to carry out the services of the Government of the Federation for a period not exceeding six months or until the coming into force of the Appropriation Act – whichever is the earlier, such services must be the services approved and authorised by law. Such funds cannot be used to fund new projects which may be the subject of disagreement between the executive and legislature and may not match what is needed or approved for specific projects in the new budget, which is the subject of the dispute.

The second reason is that by this waste of time, we are laying a granite foundation for the failure of the 2013 capital budget. Sooner than later, executive stories will start changing and perfect excuses would have been made for the executive to claim that they started capital budget implementation late and therefore should not be expected to achieve anything meaningful within the year. The 2012 capital budget despite all the grandstanding by the Minister of Finance and the rest of the executive did not achieve up to 50 per cent capital utilisation. Any reasonable body of persons would have drawn the right lessons from 2012 and previous years’ budgets and insist on starting on time and being meticulous in the implementation process. But that cannot be because our all-knowing and transformative leadership can never learn; we cannot draw the right lessons from previous experience. Rather, we are masters of repeating our mistakes and indulging in manufacturing excuses on why we failed. Nigerians are tired of excuses but need to hear the reasons that informed success which can now be replicated in subsequent years.

The third issue is that if there are projects and programmes in the budget leading to this apparent disagreement, we may likely have a repeat of previous experiences when the Executive was accused of ignoring the approved budget but simply spending on the activities in the initial bill sent to the Legislature before its approval and assent of the President. Although the Executive denied this allegation in previous years, the fund release and implementation pattern bears out the truth in this charge. Thus, the implication will be that Nigerians will be expecting projects found in the approved budget while the Executive has an unapproved budget which it will be implementing.

The fourth reason informing the need to avoid this feud is that the Executive and Legislature will be defrauding the treasury by continued earning their salaries and perks of office while refusing to carry out their constitutional duties through a stage managed feud that has no bearing on our welfare, the advancement of democracy or the bridging of our underdevelopment and infrastructure challenge. The budget is the principal instrument that translates government’s policy and all the verbiage of transformation and a legislative agenda into a programme of action that touches people’s lives. If the Executive and Legislature are not ready to agree and get our budget working, then it has become imperative to place a moratorium on their salaries and perks of office until they decide to restore sanity into government business. We cannot continue running a government of the Executive and the Legislature for the Executive and Legislature without any thought for the common good of the over 168 million Nigerians who they are supposed to serve.

On another note, recent information indicated that the President ordered the release of $1bn from the Excess Crude Account to be shared by the three tiers of government. One hopes that the funds that will accrue to the Federal Government and other tiers of government have been captured in their respective 2013 Appropriation Acts or Laws. If the funds have not been so captured, the legislature at all tiers should insist that the funds should not be spent without the imprimatur of their appropriation. This is the way to infuse sanity into the financial system and call the executive to order. Previous withdrawals from the ECA shared by the three tiers of government went down the drain and no one can rightly account for the funds.

Finally, the 2013 federal budget must be brought on stream within the next couple of days if we are serious about its full implementation. Nigerians should rise up and demand patriotic and mature conduct from those entrusted with the responsibilities of leading them. We can no longer afford to be pampering people who do not care about us.