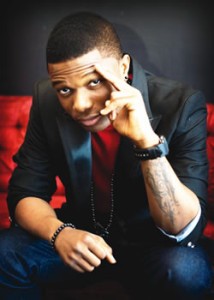 Although Wizkid’s exit from Banky W’s Empire Mates Entertainment has not attracted  the kind of controversy that greeted D’banj’s separation from Don Jazzy, he  seems to be determined to chart a new course for himself.

Wizkid indicated in a recent tweet on his Twitter handle that he has pitched his tent with a new records label known as Star Boy Entertainment.

He has  not come out directly to claim ownership of the label, but it is widely speculated that it belongs to him.

Fans of the young, talented artiste have been sending him dozens of goodwill messages on Twitter, acknowledging the birth of Star Boy Entertainment.

In addition to the label, it was gathered that the singer had signed a deal with an international management team based in England and appointed his long-time friend, Godwin Tom, manager.

A few weeks ago, it was rumoured that Wizkid might consider mending fences with his erstwhile boss and mentor, Banky W, thereby suggesting a possible return to the EME, the music label that nurtured his career.

But the rift between both artistes had deepened, despite several efforts by Banky W to prevail on Wizkid not to leave. Even an attempt to get the latter’s mother to mediate in the matter is said to have failed to yield positive results.

Things started falling apart between the young artiste and EME when he fired his manager, Osagie Osarenkhoe, in September 2012 for reasons best known to him. Further proof that all was not well came to light when he moved out of his former residence to a new apartment somewhere in Lekki Phase 1.

Early this month, Wizkid gave the indication on Twitter that he had finally made up his mind to quit EME. He had tweeted: “Don’t take loyalty for stupidity. Don’t! Moving on to start all over again!”

Many people read between the lines and concluded that he might be nursing a deep grudge against the management of the records label.