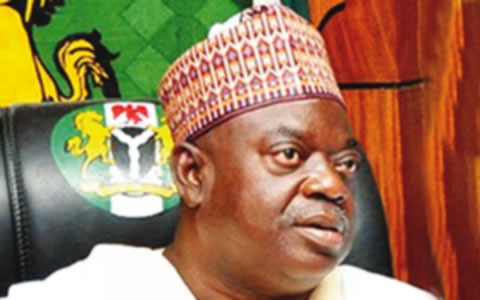 Niger State governor Mu’azu Babangida Aliyu has alleged that there is a plot to silence him and pit him against the party. The governor also alleged that some political gladiators in Abuja have concluded arrangements to print posters with his portrait and a message, “Vote Babangida Aliyu for President”, thereby pitting him against his party which has placed an embargo on campaigns for the presidency.

The development is sequel to his declaration recently that President Goodluck Jonathan had a pact with PDP governors to serve for only one term.

In a statement by his chief press secretary, Danladi Ndayebo, Aliyu claimed that some media houses had been commissioned to write negative reports against him as part of a grand design to discredit him and the state government.

The statement reads in part: “But Gov Aliyu is a law-abiding member of the PDP and is very much aware of the party’s directive to members not to commence campaign for the 2015 presidential election.

“For the avoidance of doubt, Governor Aliyu has not declared for the presidency. If anything, he is at the moment focused on delivering on the mandate given to him by the people of Niger State and would not be distracted.”

Submitting to divine intervention, Aliyu said “God is the ultimate decider of who becomes what” and therefore cautioned Nigerians to be wary of people who may want to discredit others for selfish gains.

Aliyu reaffirmed that he would continue to remain committed to his present assignment and would not be distracted by any devious plot by mischief makers.

He said his commitment to the ongoing efforts at re-engineering the state to achieve its vision of becoming one of the top three most developed state economies by the year 2020 remained unchanged.

The watch, sources disclosed to LEADERSHIP, was necessitated by their rumoured presidential and vice-presidential ambitions.
Aliyu particularly, the source revealed, has been put on the security radar because of his recent revelation that President Jonathan entered into some form of political agreement to serve for only one term.

Already, two separate teams of crack detectives comprising anti-corruption and security agencies have been set up to gather evidence against the trio.

The committees, according to the source, have four months to complete their assignment and turn in their reports.
The development, said the source, is a tacit confirmation that the president would contest the 2015 presidential election.