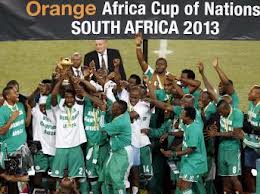 There, of course, cannot be a single theory that explains why Nigeria is stuck in a boring routine; no one specific analysis, no matter how well-conceived, can fully explain our shortcomings accurately enough. However, there are certain elements of our national behaviour that are elucidatory. Our recurring troubles are an array of factors; some of them rooted in history while some are ingrained in contemporary attitudes. Others have just been wired into our DNA. The ones in our national genes manifest every now and then; the aspect that haunts us frequently is the haphazard manner we do things.

One of the fulcrums of modernity is a counting culture; people measure, count and arrange. When they count, they project ahead based on their computations. A modern society does not do things whimsically even though they leave room for flexibility. Their leaders do not take decisions either when they are drunk or just high on life. A society that has serious intent to progress starts out by building a system that it defers to all the time. This definitely is not argument for being slavish to procedures because, ideally, man was not made for the law. Rather, I speak of a country following an established process.

My angst is the non-systematic manner of reward that has followed the Super Eagles since they won the 2013 Africa Cup of Nations held in South Africa. Let me quickly say that I do not begrudge the football players all the goodies they have been garnering. And contrary to certain anti-sporting attitudes that see athletic exercises as frivolities if compared to more “serious” things like education for instance, I do not look down on sports, either as a hobby or as an enterprise. I believe football, in particular, is as much an intellectual engagement as Calculus; a footballer who stands at a certain angle on a field of play does not only need a good sense of Mathematics, he is also under far more pressure to apply its principles than a student of Mathematics in an examination hall. For what it is worth, sports (wo)men deserve what they are paid. The problem here is the manner the Super Eagles players have been showered with money and national awards is so erratic that it is embarrassing.

First, they got some N100m from the Federal Government; some N80m from the Delta State Government; some N54m from the Lagos State Government and; then cash from individuals. They got national awards; plots of land and even the coach, Stephen Keshi got the Asaba Stadium named after him! How, precisely, did they arrive at all these decisions? Based on impulse? Should the proper thing not be to inaugurate a system of rewards? At this rate, in the euphoria of winning and saving our Nigerian faces from perpetual shame, one of our leaders might one day sign the country away. Did it occur to all these cheerful givers that it is also these boys’ privilege to wear the national colours?

I read a report where Nwankwo Kanu thanked the President because, he said, his generosity had shown Nigerian youths that their labour for the country would never be in vain and that it would spur others. Should that mentality – that the Nigerian jersey is cash-and-carry – not trouble us? Are our football players supposed to be some sort of mercenaries? Of course, I am not naïve; I understand that almost everything in Nigeria is reducible to naira and kobo. In 2003, when former president Olusegun Obasanjo tried rewarding athletes with a “presidential handshake”, the hisses and the impression of let-down that accompanied his gesture must have shown him that the office of the Nigerian President does not carry enough capital to make one go home with a swollen-head that one received a handshake from the president. The Nigerian President’s handshake is so un-special that if it is not padded with cash, it weighs lighter than a lone feather. We have learnt to make up for the shortfall by obscenely throwing money at our sportspeople instead. But where’s the pride in serving your country if, at the end of the day, everything is monetised? Why would Nigerian children and youths watching all these develop a sense of patriotism unless there is a promise of cold hard cash to boost their conviction? How different would things have been if we had a sane reward process and we followed just that?

By the way, if the Super Eagles had won only the AFCON and the ruling and moneyed classes went this gaga, what would they do if they win the World Cup? Allocate the players an oil block each, as someone asked? Did it occur to those who hurriedly brought out their fat wallets and wrote all those fat cheques that success has to be consistent to be “success”? The thing about the sporting world is that you are as good as your last game. Once you begin to decline, nobody cares you once won the AFCON anymore.

So, what’s the point in dancing around one trophy and ignoring the more important part of setting up systems that guarantee continuity of winnings? At this rate, we are doing ourselves a disadvantage by building a shrine around success. One of the few times we do well, we are so excited that we turn it into a tradition.

In countries where people have consistent sporting victories, they subject even their successes to rigorous probe. Is Nigeria undertaking a review of the AFCON success to find out if the victory was out of hard work or just good luck? Have we been asking ourselves the unpalatable questions or we are too high for such seriousness?

Other than chanting, “God has done this” all over the place, where’s our blueprint for Nigeria’s sporting future? Did anyone also notice that the sugar daddies who have been spraying cash all over the place did not extend their generosity to grass-roots sports development? Or even knew when the same team was preparing for the championship? It is too painful to talk about building from the ground up and so we take the wide road; the easy but lazy top-down approach that enables us to reward, not build, success.

Since the AFCON victory, we have seen the usual sycophants saying it’s a redemption of President Goodluck Jonathan’s lacklustre government. Outright nonsense. When the ecstasy dies down, how does that compensate for how splendidly jinxed we are as a nation?