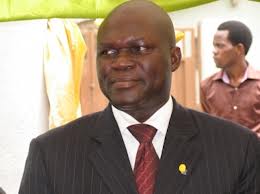 One of the most important and dramatic emblem of democratic citizenship is the right to criticize a government. No amount of glorious hyperbole by the government or its agents could stop critics from airing their views.

Reuben Abati’s article “The Hypocrisy of Yesterday’s Men” is a sharp rebuke of revolving PDP beneficiaries of political spoils.
Reuben Abati, President Jonathan’s senior adviser on media and publicity as well as Aso Rock attack dog came out swinging on past and present critics of Jonathan’s administration.

I will not dignify the article by responding to the phantom of fear dressed up as substance by Abati. However, a general comment will be in order.
The write-up is undisguised propaganda ploy of Abati’s pleasant fantasy to shut up the critics of Jonathan’s government and hope they’ll for ever remain silent.

The Aso Rock way of operating a democratic government is to hurl accusations and insults on critics who are merely expressing their democratic rights.
Abati’s writings are anti-democratic. They amount to democratic apartheid to stifle the freedom of speech and freedom of expression of Nigerians.

He has been consistently hostile by trying to gag, coerce, intimidate, and muzzle voices of dissent and views diametrically opposed to the PDP led federal government.

In representative democracy, the majority that rules has all the powers over the minority that loses. Elections have consequences. However, the succinct characteristic in the relationship between majority rule and democracy is the right of dissent.

Whenever a government sees critics as enemies, and is all out to erect barriers to prevent opposing views, such government is delicately perched on the coat tail of tyranny of the majority.

James Madison warned, “If a majority be united by a common interest (corruption, fraud, repression of people’s views as in the case of PDP government), the rights of the minority (those outside the ruling class) will be insecure.

Madison elaborates further that in order to prevent the tyranny of the majority, there must be safeguards to protect “one part of the society against injustice of the other part.”

The concentration of all powers in the same hands, Madison warned, “whether of one, a few, or many, and whether hereditary, self-appointed, or elective, may justly be pronounced the very definition of tyranny.”

As the PDP central government has demonstrated through financial profligacy, redundant     policies and programs time after time, the majority is self-interested, greedy, arrogant, ignorant, insensitive, and indifferent to the concerns of the people.

The majority becomes tyrannical when the self-interested majority does not give a damn about what the governed thinks, says, or feels.

When the majority is fixed and permanent in power for so long similar to PDP’s hold on power for years now, there will be no checks on its ability to be overbearing. Despotism, Madison insists, must be opposed “whether it came from kings, Lords, or the people.”

Abati, no doubt has taken leave of his senses. He’s an obsessive advocate of anything Jonathan – senseless or stupid.

The battle for spin control on the views, perceptions, and criticisms of Jonathan’s administration can never be won by propaganda. Rather, it will leave Aso Rock more distracted, more disorganized, more disarrayed, and more paralyzed.

We need a debate on issues not on personalities. What Abati is doing is when the Jonathan administration is criticized, he demonized, when challenged, he demonized some more!

Abati no doubt, is willing to be mean, nasty, rude, crude, and raw because he’s willing to do anything to deceive the people.

It’s been said that “differences of opinion make horse races.” But in Abati’s case they do not. In his pontifical defense of a corrupt, insensitive, and ineffective government; Abati has surnamed thoughtful and creative critics as dangerous radicals.

Tocqueville once asked: “What is a majority, in its collective capacity, if not an individual with opinions, and usually with interests, contrary to those of another individual, called the minority?”

Tocqueville believes that a group (such as Aso Rock propagandists) is not wiser that its parts.

The fact that the PDP run government supports or initiates a policy/program or enacts a law is no evidence of its wisdom. The people’s interests more often than not are excluded in the PDP’s scheme of things.

I think it is a cruel joke on the part of Abati to attack critics of Jonathan’s administration with distorting vituperations and to label them as yesterday’s hypocrites.

In the words of the Sanza Player in Aime Cesaire’s play, A season in the Congo, “Even when a man has good eyes, you have to show him some things.”
If the critics were yesterday’s hypocrites, what shall we call Abati of today? :  Yesterday’s hypocrite and today’s pharisee!

Political struggles should not be a contest between rulers and people. For a government that worth its salt, political struggle should be a struggle to make life happier, safer, better, and prosperous for the people.

The work of a responsive and responsible government is not to transcend different interests, but to reconcile them.

In an ideal democracy, the majority would rule but the people would also be protected against the power of majorities.

No amount of propaganda, arm-twisting, distortions, fabrications, and intimidation by the Aso Rock propaganda coterie will quell the firestorm that the ineptly corrupt Jonathan administration continues to ignite.

The tirade unleashed on the critics by Abati sends our intellectual and moral nature to a fierce revolt. In essence, Abati has derationalized the debate.
Abati’s venom on the critics is a product of some heated imagination. It’s a product of blurred vision typical of ecstatic and half-hysterical propaganda disciple.

In days like these when death is busy and loss is common to Nigerians, when hunger, joblessness, and homelessness ravaged the land, when young ones are written off as lost generations, when the country is headed into the abyss, no academic writing can rewrite the situation on the ground.

The reality on ground lends no evidential value to Abati’s article. Blogger Sunkanmi Adesina on The Nigerian of Our Dream Group sums it better: “The article is full of words, yet it conveys no iota of common sense regarding the allegation on ground.”

Abati reminds me of the great truth which Browning teaches in his poem “A Grammarian’s Funeral.” There he depicts a scholar “dead from the waist down” because of his fastidiousness to the practice of his craft.

Like the Grammarian, Abati pursues the goal of distortion and disinformation with effortless stylistic literary gem believing that will change the hard life faced by impoverished millions of Nigerians.

Only last week, US Billionaire and philanthropist Bill Gates in an interview said: “Nigeria really needs to think that relative to its level of wealth, it is really far from behind.”

“Nigeria oil exports were worth almost a hundred billions,” continued Cameron. “That is more than the total net aid to the whole of sub Saharan Africa,” said Cameron.

“So, put simply, unleashing the natural resources in these countries dwarfs anything aid can achieve, and transparency is absolutely critical to that end,” concludes Cameron.

Instead of Mr. Jonathan and his staff to roll up their sleeves and get down working and solving the country’s problems, they continue to churn out useless and sickening cacophonies.

I’m sick and tired of the threadbare excuse that Mr. Jonathan didn’t create the problems. That’s not the issue and of course it is beside the point. That’s a dishonest way of debating the issue.

What we’re saying is what’s Mr. Jonathan doing and what’s he going to do about the problems?

Can Abati and other congenital fools employ some rational thinking and nuggets of wisdom instead of using reverse psychology to slice and dice important national issues?

Is Abati saying that we don’t have right to question the government for allocating N4bn for First Lady’s Mission House?

Can’t we discuss the rationale for: N5bn rehabilitation of Abuja prostitutes? Seven billion Naira for a new city gate for Abuja?  N16bn for the Vice-President’s house? Cell phones for farmers?

How can a government gets its priorities so twisted, so warped, so comedic, and so completely out of logic to allocate money for the above absurdities when the country’s safety and stability are being threatened by 80% unemployment and 70% of our people living below the poverty line?

The critics of the government may lose in the short run, but they cannot be suppressed in the long run. Public dialogue is critical to represent all perspectives. No one viewpoint should be permitted to monopolize, distort, caricature, or shape public debate.

Suppressing the people’s viewpoint is part of the tyranny of the majority. It is excluding their representation or preferences from government’s priorities and policies.

We need a broad public conversation about issues of representative justice that seeks practical solutions to real-life problems.