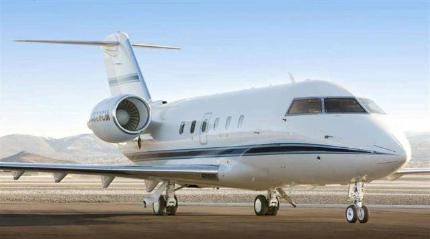 A few days ago, I tweeted: “I am a Christian but I am not a member of CAN and CAN does not represent or speak for me in any way”. You must have thought I crucified our Jesus Christ from the manner in which some “pastors” jumped on my Twitter timeline as well as mobile to denounce what they called “youthful exuberance”. Why did I say that, those who are more intuitively endowed will ask before jumping into the ignominy of name-calling without the slightest understanding of my basis for my position. I made that statement because of the reaction of CAN to the well-reasoned withdrawal of the Catholic Church from the organization that has proven to be intricately woven into the corrupt fabric of the worst civilian administration in the history of independent Nigeria.

CAN is simply (or has become) a political pressure group. There is nothing bad in Christians forming a political pressure group but it is the height of hypocrisy to call it a Christian body (denoting spirituality) when in every sense and most especially judging by the careless utterances of its leaders, it is nothing but a political group and I dare to say, a department of religious affairs of President Jonathan’s administration. So, to those who feel alarmed at what CAN has become, you need not despair, membership of CAN is not a requirement for going to heaven – to God be the glory!

That brings me to the trust of this article, an apparently innocent tweet from Ogunyemi Bukola (@zeebook) to the effect that: “if Jesus Christ should criticize President Goodluck Jonathan, his aides would accuse Him of sleeping with Mary Magdalene”. This tweet was re-tweeted by Mallam El-Rufai with the addition of LWKMD. I wasn’t surprised that it made Thisday Newspaper’s headline; that is what the spin-master publisher of Thisday does best, it is all about 2015. Exploiting religious sentiments for political gain, after all they used it well against General Buhari in previous elections but that is for another day.

To those who see clearly and whose minds are not clouded by sheer religiosity, there is nothing insulting about this tweet. However, those who are ignorant need enlightenment and therefore, I dare to explain that the strength of that tweet rested on the perfection of Jesus. The tweet apparently held as a universal truth that our Lord Jesus Christ is beyond reproach and incapable of sinning. The writer of the tweet believes as his tweet suggest to the discerning that it would be inconceivable to even begin to imagine that Jesus could sin and it was in that light that he made the analogy. My question is this, how has that insulted the holy grace of our Lord Jesus Christ. Does English language mean anything in this part of the world or are we so blinded by religion that we can’t even read clearly and place facts in context – what is all these deliberate and mischievous nonsense all about? No wonder Karl Marx said religion is the opium of the people.

I read with shock the reaction of CAN through its General Secretary General Secretary, wherein the supposedly religiously body went ballistic attacking Mallam El-Rufai for attempting to inflame religious tension between Christians and Muslims. Hear them:

“if he persists in such matters and making such divisive commentaries, he must prepare himself for a very forceful and vigorous reaction from the Church and the Christian community in Nigeria”.

They are not done yet:

“Had it not been for the maturity, fortitude, patience, decency, forgiving nature and deep sense of restraint that the majority of Christians have in our country, El-Rufai would not have been safe anywhere in Nigeria today after cracking such an expensive joke.”

First of all, CAN must possess the power of clairvoyance to know as their press release suggests that Bukola’s tweet was the handiwork of and prompted by Mallam El-Rufai. Bukola is an adult and educated too and that is why he can read between the lines and has been demanding accountability from this directionless and careless government.

I consider it an extreme insult and misrepresentation of facts for CAN to think they speak for all Christians in Nigeria. I am a Nigerian and by the grace of God, a Christian but I am not a member of CAN because I don’t believe in their ideals and I can’t follow their examples. Apostle Paul in said 1Corinthians 11:1 that we should follow him as he followed Christ – which of the reactions of CAN, whether to the withdrawal of Catholic Church or to the innocuous tweet of Bukola can I sincerely follow as a Christian? I dare say none!

I don’t think these jesus (I deliberately used a small cap because CAN’s reaction does not represent the character of our Lord Jesus Christ – they must be speaking and fighting for another jesus) voltrons read their Bibles, they would have easily seen that they are the ones misrepresenting Christianity. The book of Isaiah 53v7 prophesying of Jesus’ crucifixion says “He was oppressed and He was afflicted, yet He opened not His mouth: He is brought as a lamb to the slaughter, and as a sheep before her shearers is dumb, so he opened not is mouth”.

The book of John 18 tells the story of the arrest of our Lord Jesus Christ. In Mathew’s version of the same incident as recorded in Mathew 26V51-54, one of Jesus’ disciple behaved like one of these voltrons and drew out his sword cutting off the ear of the high priest’s servants for daring to arrest Jesus Christ. Jesus rebuked him for such “unsolicited help”. Christians don’t fight for their God, their God fight for them! As a matter of fact, there is only one fight that Christians have been called to fight – the good fight of faith as written in 1Timothy 6:12. And it is a personal fight because the end-point of the fight is to lay-hold of eternal life. We are not to fight the unbelieving, we are to preach the gospel to them, we are not called to fight the devil, Jesus defeated him.

Assuming without conceding that these jesus voltrons are right and the tweet is in fact blasphemous of our Lord Jesus Christ, where is it written in the Bible that Christians can issue threats to fellow citizen as they have done to Mallam El-Rufai, can CAN leaders in all honesty go and preach the gospel to him now or they have sat in judgment over him and decided that he is not worthy of the faith which they profess? Our sole mandate is to love. I urge everyone to read Jesus’ admonition to the Scribes and Pharisees, the religious leaders of His day in Mathew 23:13 and think circumspectly of our own limitations. In what is known as the Beattitudes as contained in Mathew 5, Jesus taught us as Christians the attitude required of us in our relationship with others especially non Christians, we are not to avenge ourselves. Jesus said pointedly in verse 39 of that scripture that if they smite us on the right cheek, that we should turn the left – our faith requires of us to leave those calls and judgments to God – Paul said we shouldn’t avenge ourselves that we should leave all vengeance to God who will repay all men – Romans 12v18.

Nigerian leaders are pretty predictable (whether are they are CAN or CANT) and I know their reaction to my article will be to accuse me of being sponsored by Mallam El-Rufai. Such deliberate cynics are not deserving of my thought but to those who care to know, I do not write this article in defense of Bukola or Mallam El-Rufai both of who are well able to defend themselves. I would not have written this piece but for what I think is a misrepresentation of the character of my faith and for the fact that CAN purports to speak on my behalf when they have no such mandate or moral authority to do so. It is impersonation and CAN should desist from issuing statements on behalf of all Christians; they will do well to restrict themselves to speaking for their members.

I will share my own joke which I heard from a respected preacher and hopefully, it won’t trend. It is the story of a young boy who sat outside of a church crying and Jesus appeared to him asking why he was crying, the little boy told Him that they kicked him out of their church and won’t let him in, Jesus told him that that makes two of them, that they won’t let Him in either. So, take heart if CAN gives you the left foot of fellowship, you are in good company. The words of the true Jesus in John 16v2 resonate in my mind. He said “they shall put you out of synagogues and those who kill you will think they are doing God a service”.

Pictured: The private jet of the leader of CAN and associate of Nigeria’s President Jonathan