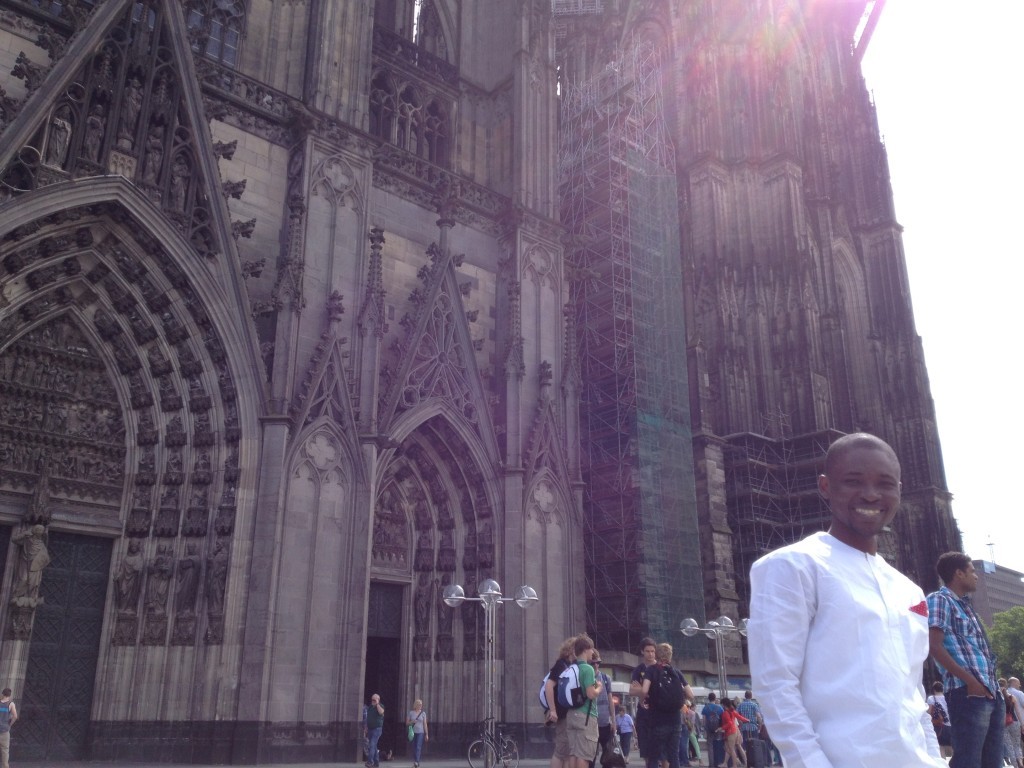 One tweet at a time became one city at a time

Let us leave Nigeria for a while, how far with your own life? I hope you are not a clueless ruler of your own existence? If you are not on twitter, go and open a twitter account before you continue this piece. It is for tweeps. I wrote an article almost two years ago when I spoke about making the most of social media (Succeeding Through Social Networking http://omojuwa.com/?p=223 ). Since the article, I have done jobs with Prometheus Institute in the United States, I signed a new contract with the Atlas Economic Institute of the United States, I’ve had dealings with the World Bank and this promises even more in itself and as I write I am in the middle of discussions that’d make me do more for myself as an individual and ultimately my country.

This particular article has been on my mind for days but I finally decided to write it when I saw just minutes ago for the umpteenth time a tweet that said “nothing happens on twitter just talk talk,” and I was moved with pity for the loser. Like television and radio, people on twitter talk but while those who tweet that nothing is happening are indeed making up the numbers, others are closing deals and getting jobs. Without meaning to boast, I have directly helped to hire at least four people directly from twitter in the past three weeks. Yet nothing happens? Think about it, why would celebrities spend their precious time tweeting if nothing happened? Why would a boy be handling consultancy jobs for companies and government agencies from contacts made on twitter? This morning, I received a mail from a friend who had been hired to work in the Nigerian Senate and he got the job via twitter. I don’t want to talk about the Arab Spring, I want to limit the points to Nigeria. Though rigged again but the 2011 elections in Nigeria showed that twitter can be an effective tool for the democratic process in Nigeria. But this piece is about individuals and companies.

Like life itself, twitter has its winners and losers and even this changes with time. Imagine someone saying twitter is a waste of time. The same twitter I used to negotiate an international contract, the same twitter I said “I’d pay a tithe http://ynaija.com/you-tweet-%E2%80%9Cid-pay-twitter-a-tithe-if-they-ask-for-it%E2%80%9D-omojuwa ” if they asked me. Open your eyes and your mind and see what you couldn’t see. While you are busy with twitfights (Fighting on twitter), another person is DMing (Direct Message) his bank details and getting instructions on products and services to deliver to people and places. While you are there setting P, another dude is there setting an agenda for his business and ideas. Yes, Nigeria is in a quagmire, in dire straits but people are making it. They are making it because they know that any social medium whether twitter, parties or events always offer an opportunity to sell yourself. Hate her or love her, Odinabarbie became a celebrated prostitute via twitter. I don’t know how much she charged before her twitter prominence but I know she charged more after that and obviously got better clients. Stop moaning especially when it has nothing to do with a good stimulation. The same Nigeria you complain about is the same place Tuface rose to become an internationally recognised celebrity, it is the same place Chimamanda came out from, it is the same Nigeria Gbenga Sesan became a consultant for international organisations, it is the same Nigeria Michelle Obama singled out Toyosi Akerele from. Now you have a free platform to share your wares and products, what are you doing with that shop window?

I am building a brand called Japheth J Omojuwa (omojuwa for short) and 98% of this brand has been sold via the internet and especially tweeter. The other two percent was because of the success I achieved via social media. My personal success from social media and the internet will fill a book but I won’t write a book until I have the time. We all have abilities and with capacity building and skill development you can even get better. Don’t tweet what you are not, tweet yourself and see if someone will not be interested in you or what you sell. I tested my tweet popularity early October and the stats said my last 50 tweets on that day had reached 73,790 people. No Nigerian newspaper has a reach like that! None! Where ever you see people, you see needs, wherever there are needs values are the solutions. People who create value earn money. Here are things you should pay attention to while tweeting and Retweeting…

• Always remember twitter is not just a playground, it is a boardroom of simultaneous interviews, it is a market of ideas, it is a shop window, it is everything you can see.

• You are your tweet. Whether or not you agree, people see your tweet and create your image in their minds. What images do your tweet create?

• Like life, there is time for everything on twitter. It is for fun first of all but who says money cannot be made for fun?

• Be strategic. Not everybody counts for you and your business except your business is for everybody but even then there is a few that influence the lot, target them. It works.

• Your tweets appear on Google. What kind of words will bring your name and tweets out on twitter? I did a job for an American company that resulted from him googling things concerning Nigeria and finding my name.

• There is more to learn but why not talk to me? Companies and individuals are trusting me with their online and social media strategies and succeeding, why not you?

I said to two of my friends who wanted to start websites while we were at the University that starting then was the best thing because whatever plans they had for the future, they’d be trailing the blaze from that time. Two weeks ago one of them spoke about starting a website. Right before their eyes, omojuwa.com started, right before our eyes it will become a global brand. It is not a mistake, it is a strategic plan that was put to work and has found God’s grace to succeed. What is your plan?

PS: It is never too late to start cashing-in on the opportunities that abound here. Get started.
@omojuwa