Marriage is said to be an institution but then who wants to live in one? Truth be told and I share that with this piece. As we all would testify to, that this phase of great phenomena “Marriage” is a very joyful one and barely comes repeatedly in ones life. So it is done with uttermost gratitude and studied plans. By definition Marriage is a social union or legal contract between people that creates kinship. It is an institution in which interpersonal relationships, usually intimate and sexual, are acknowledged in a variety of ways, depending on the culture or subculture in which it is found. Such a union, often formalized via a wedding ceremony, may also be called matrimony.

People marry for many reasons, including one or more of the following: legal, social, emotional, economical, spiritual, and religious. These might include arranged marriages, family obligations, and the legal establishment of a nuclear family unit, the legal protection of children and public declaration of commitment.
The act of marriage usually creates normative or legal obligations between the individuals involved. In some societies these obligations also extend to certain family members of the married persons. Almost all cultures that recognize marriage also recognize Adultery as a violation of the terms of marriage, and forbid incestuous marriages. In cultures that allow the dissolution of a marriage this is known as divorce.

The question is? Why is the wedding ring worn on the fourth finger or Why should the wedding ring be worn on the fourth finger? Various cultures have had their own theories on the origin of marriage. One example may lie in a man’s need for assurance as to paternity of his children. He might therefore be willing to pay a bride price or provide for a woman in exchange for exclusive sexual access.
Legitimacy is the consequence of this transaction rather than its motivation and readiness for responsibility. Note that a gender can not be too young or too old, too experienced or ready but rather a gender can only be MATURED enough to take on the Responsibility of taking wedding vows.

On account of European History, marriage was more or less a business agreement between two families who arranged the marriages of their children. Romantic love, and even simple affection, was not considered essential. Historically, the perceived necessity of marriage has been stressed.

Christians often marry for religious reasons ranging from following the biblical injunction for a “man to leave his father and mother and cleave to his wife, and the two shall become one. Christians believe that marriage is a gift from God, one that should not be taken for granted. They variously regard it as a sacrament, a contract, a sacred institution, or a covenant. From the very beginning of the Christian Church, marriage law and theology have been a major matter. The foundations of the Western tradition of Christian marriages have been the teachings of Jesus Christ and the Apostle Paul. Let’s take another look at religious traditions and beliefs such as Islam. Islam also commends marriage, with the age of marriage being whenever the individuals feel ready, financially and emotionally. I am not criticizing any of the religious beliefs in any way but rather questioning the fact why RESPONSIBILITY isn’t stressed as major criteria to venture into the course of marriage. Fact “It is not good for man to be alone,” said the Lord, after He created man. Indeed, man’s road through life and the execution of his true destiny requires of him to participate with other people in mutual efforts and cooperation identifying his role as a responsibility. Difficulties arise when both parties involved lose sight and understanding of their responsibilities. As a realist, I ask these questions, what are the visible possibilities of a man given a task to manage a firm, department, a unit or organization when he can’t manage nor properly organize his home?

Here, I would like to take us all on a little exercise based on research and quite a convincing explanation given by the Chinese on why the wedding ring is worn on the fourth finger… 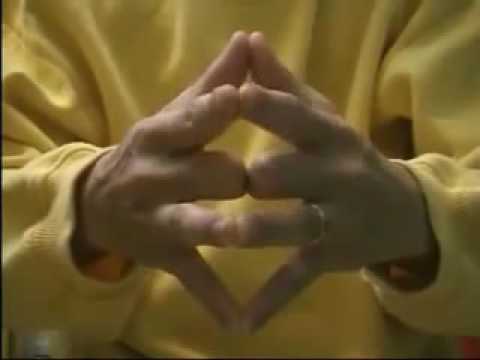 Please join your thumbs as before and separate your Index fingers (representing siblings)…., they will also open, because your brothers and sisters will have their own families and will have to lead their own separate lives.
Now join the Index fingers and separate your Little fingers (representing your children)…., they will open too, because the children also will get married and settle down on their own some day.
Finally, join your Little fingers, and try to separate your Ring fingers (representing your spouse). You will be surprised to see that you just CANNOT…because according to God, the author of marriage, Husbands & Wives were made to remain together all their lives – through thick and thin!! ISN’T THIS A LOVELY THEORY?
Another pointer to the fourth finger theory is that the fourth is said to be the only finger with a vein connected to the heart.

With great task comes a great responsibility. In our current generation, wedding vows have become a practice determined by age or peer complex. I think it is absolutely necessary to educate individuals on role playing and accepting the challenges that comes with Responsibility. Just as there was a little difficulty in separating your ring fingers, that’s a real life scenario of challenges we face in our everyday life but the moment we decide to take charge and take responsibility for our actions, interactions, economic and emotional roles, work , mind and thoughts, the more responsible we become and apply to our daily living. I believe with this write-up, I would have inclined your thoughts to begin from now to take charge and take full responsibility of your personality and more crucially your Marriage.