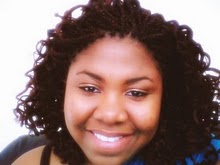 I just finished watching a very good Nigerian movie, basically about domestic violence. So the yoruba man beats his igbo wife but she hides it because she claims to be protecting her marriage.hmm. He would beat her and kiss her and beg her and buys her stuffs and they have make-up sex every two weeks. FML!!! Eventually, the guy beat her up when she was 6 months pregnant and the child was gonna be born severly brain damaged, so they had to terminate the pregnancy.

Two years later, she still can’t have kids and the guy is following other women. He hits her and she picks a knife and stabs him in the balls abi in his man area ni (lool! can’t blame her, if she cant have kids because of him, why should he be making kids with other women. Its a two way thing oo) Sha Sha, the guy dies. The boy’s mumsi that was saying sorry to the girl when her son was hitting her now started hating the girl. Okay, long random story…….my point is that MEN THAT HIT WOMEN SUFFER FROM A BIG INFERIORITY COMPLEX.!!!!! (my mummy taught me:D)

2. Women make the mistake of thinking ‘oh he will change’ Fuck it!! things don’t change easily.

3. ‘I can’t leave him because I love him’ – fuck love!!, if he beats you till you die, he’s gonna love another woman who may treat your kids like shit. So beccause of love and maybe his great make-up sex, you let yourself get killed and then your kids suffer.

4 The man treats you based on the way you carry yourself (be sharp and agile, let him see you’re not a fool and you command respect!!!!!! abi however the English goes)

5. Women can tell what men are like before they marry them – you can tell if he’s a mummy’s boy or a woman lover or a nyash fly (follow follow) to his friends. But we tend to over look these things because ‘’all our friends and junior sisters are married’’. MARRIAGE IS NOT BY FORCE and MARRIAGE MUST NOT BE BEFORE A WOMAN IS 30 because she could marry at 30 and be married to a shit head or she cud marry at 45 and have a wonderful life.

At the end of the day, marriage is about compatibility and happiness, not some inferior stupid man that can only feel better after punching his wife.

And women too have their own wahala, like if a woman is earning more than her spouse, she does not have to rub it in and make him feel like a ‘lesser man’. This is because men really need to feel in charge so she still has to give him that respect!

There is no perfect man but there are certain types of men to stay away from (according to my momma):
1. THE ASAWO – LOVER OF ALL THINGS IN SKIRTS

2. THE WORK IS MORE IMPORTANT THAN HOME

3. THE “I BUY YOU GOLD AND DIAMONDS SO WHAT MORE DO YOU WANT?

4. THE “I HAVE TO BE AT THAT PARTY BECAUSE ALL MY FRIENDS ARE GONNA BE THERE” (once he gets there, his friends will arrange for ‘take away babe’, they will say ‘ah john, your wife is in Abuja naa, take this Bose babe home….hmmmm)

and the list is as long the number men you come across daily.

Any man who has more positive characteristics and 1 or 2 minor flaws, then you will learn to handle his flaws but there is no handling for an Asawo man because that one just needs deliverance and AIDS is real, I can’t go and carry something because ‘I love him’. (people misuse that love word – even me!!!)

Need I say more? You might as well register for my counseling class on Men and relationships. #okBye