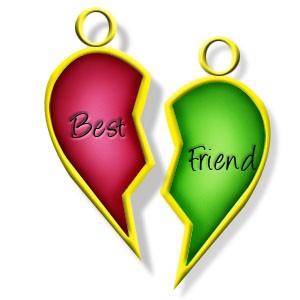 Anyone who has been in a conventional boy-girl relationship knows what this is. I do too because I have experienced it once and it was though not as dramatic as you’d see in the movies, it had its bit of drama.

It was my first day at school and somehow my only girlfriend was admitted into the same institution. Before resumption, she always saw that as an extremely great thing, while I secretly dreaded the impending adventure. We managed to last a day. Day one was full of drama. ‘‘how come you know all those girls?’’, ‘’why didn’t you introduce me as your girlfriend?’’ and funny questions like that were the order of the day. Besides that though, I could sense her reluctance to want to keep on with the relationship. This ‘‘sense’’ was purely intuitive. I get to know in advance when a really close friend or girlfriend is considering our relationship – sometimes even before the person is absolutely conscious of that.

On day 2 of resumption, I took my Love out. We were always going to do that, because she had helped with my registration the previous day and we needed to take our breather off all the stress of day one. As soon as we sat down, I opened up as I was and still used to in situations like that. ‘‘ Tobi, you want a break from this relationship don’t you?’’. She was silent for a long while, then eventually asked, ‘‘How can you ask that kind of question?’’. I gave the most sincere answer I knew. ‘Because, sub-consciously that’s what you want. May be you have not really accepted that… Have you put this relationship into some mental tests recently?’’. She finally admitted the fact that a lot was bothering her about ‘‘us’’, while I offered my understanding. She stated she did not want a break-up. She wanted something else which I helped to call a ‘‘break’’. I was smart enough to know no sane girl would leave her boyfriend in that situation under any guise whatsoever. I sold her the dummy of a break and she grabbed it. It was for me a break-up. We both managed to eat, while I crossed the road to my house to collect the stuffs I had bought for her from home. A few things happened that are not important to this text but the bottom line is this; we both sat to review ourselves and agreed we were better off separated for a while. We still kept our innermost thoughts to ourselves e.g. I considered us completely separated, while at this time she knew something I did not know.

Unfortunately for our plan, I was not the one to stay without a lady – to think that that is my default mode now eh? I was on to the next one by the next time we met and she did not like it at all. She invited me and I told her I was still open to her, also stating the fact that whoever she sees with me was only warming her space. This was said more from the position of respect than that of the truth. Every one from then was introduced as a friend not just to my Ex-Boo but to any amebo who bothered to ask. It was out of respect to her and that eventually formed the way I decided to deal with relationships from then. Everyone became just a friend and nothing more. No more exclusivity, a state this person was getting into had we not stopped. She refused to reason with my position. We broke-up! I wanted a peaceful thing but she wanted to spit and she did. I took it all in and we kept a weird arrangement until she changed schools the following semester.

I thought that was the end of us as it was until she finally admitted to me that what had happened had nothing to do with me. She later explained that she was getting distracted by a working class dude and she was lost in-between her supposed love for me and her security. That is what was left unsaid when we agreed on a break. I had to thank her for finally voicing the truth but I told her it would be absolutely impossible to get it on again – except it was going to be based on deception or just plain fun. She parried the deception but did not see anything wrong with the fun part.

This good friend of mine is now married and still complains about me – that I don’t call her. She is 24 but she always needs me to remind her that she is a married woman. Taken and consecrated unto another man. I will never consider taking a married woman to bed no matter the connection or excuse. Never! It has nothing to do with her husband or even herself; it has everything to do with me. I can’t. These things get to come around. I have been thinking seriously. Only one thing could result from Tobi’s insistence on keeping her doors open for me. It is not enough for me to delete her number from my phone because I know her numbers off-hand anyways. I can’t change my digits because of that because that would cost too much and by this I don’t mean cash. I’d never tell Tobi off. I can’t, but something has to give. What it is is what I can’t place my mind on right now. Why do women always want to have their way? I hear it’s a man’s world but the last time I checked, I only saw a woman on the driver’s seat.
I have a choice though – to get on and get driven to what would be my death or to pull the plug on my friendship with Tobi. Some people lead us only to one destination and sometimes it could be to destruction. The choice seems simple enough; death to our friendship or death to my values. Death is the last word on this. Death!