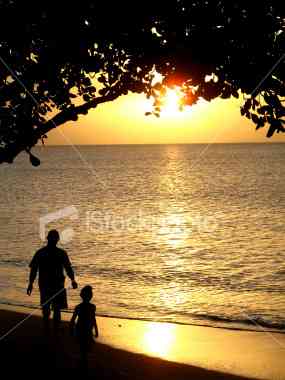 I believe in this notion that time is not money. I don’t even understand the saying “time is money” but that topic is for another day and time. Possibly even another year. Anyway, I don’t believe in the saying that time is money because the way I spend my time doesn’t earn me money. Maybe it leads me to my money-earning years but right about now, I spend my time with people who instil wisdom in me through rational knowledge. So for me, time is a means of gaining insight into fundamental issues which though eventually leads to effects such as money and significance. Time then is more than money!

Recently, I had a conversation with a great man I must say I’m privileged to be acquainted with. I say he’s great because he is a young man of moral goodness. You come across some people in life and you know you won’t find someone of exact likeness for a long time. Perhaps ever again! We talked about a lot of things and found ourselves discussing money, greed and similar vices… So, fame and wealth huh? Attractive bits and pieces of life…

Everybody wants to be rich, everybody wants to be famous. Why? I don’t see a valid reason as to why you want to be famous. Fame is an aspect of vanity.
Vanity is the prime shortcoming of us as humans. Oh, now I remember what led us to the wealth discussion. We were talking about our ambitions and the sort of lives we’d love to lead. Those who know me know that I surround myself with people who share the same values as I do and my friend and I decided that we want the money flowing but quiet life. You see; wealth without the fame. And our discussion found its way into Nigeria. Is it just me or can you not have a conversation about certain issues without involving your country of birth or resident country?

The Vice of the year is Greed. Greed has led the nation’s recognized leaders as well as regular people to ruin. If there’s a supreme cause of the downfall of people, I would say it is greed; simply because greed leads people to places that concern them not. And when you are in a place that you shouldn’t be (at the wrong time possibly) then anything can happen. You have 5 houses and 8 cars but your eye is still on Iya Ramota’s 15 storey building. One question; out of those 5 houses, how many do you get to sleep in per night? Of those 8 cars, how many do you drive per time? Think about it! What is the point ? People just love to be flashy and acutely empty. What’s in a flash? I don’t know. Yes, it attracts attention but after 3 seconds, people look away. You see? Vanity upon vanity. Most of those we show off to are people who don’t care about us and in most cases folks we really don’t like anyway.

Don’t get me wrong. There’s absolutely nothing wrong with being rich but how do you treat your immense wealth? I read something some days ago when a lady was irritated at the fact that Nigerians like to talk about rich people and the ways in which they spend their money on vain things, when should spend on good causes instead. I’m not telling you to use your wealth on charity and I am not telling you how to spend your money. I’m only concerned about the wants and needs concept of life. I’m just wondering if you understand that wealth and riches and fame are all earthlings – when you die, you don’t go with them.

For my family and the family of my great friend, we need a place to rest our heads and people to call family to be great in our many different ways. When we have a virtuous background, we tend to see things in a different light. I know you have to hustle to make it sometimes in life but hustle for a good cause. Don’t hustle to have ten times the number of cars your neighbour possesses – what’s the point really? I know a man that can buy a Rolls Royce ten times over and still have enough money to travel the world first class, five times a year in a whole lifetime, but he uses a towel that he’s had for seven years. A Citi Bank towel to be precise!

He could use his money to carry babes and hopeless wannabes around, but he knows his aim in life is to educate his children and raise extraordinary ladies so they can be extra-extraordinary people some day – an inevitability given his drive and persistence. I’m proud to call him father …My Dad!

I look up to him because he’s an epitome of value and virtue and from him, I gather up all my beliefs on such issues. I know what is right and wrong thanks to this special gift of God. Most importantly, from him I learnt humility.

You can have all the riches in the world but abstain from greed. Like the header of the piece says, it is the damnation of humanity!