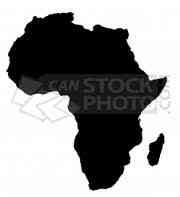 If the title of this piece suggests to you it’s a fiction, I’d advice you dispel that suggestion before you continue reading. The beggar, his bowl and his poverty is only a unit paradigmatic representation of what you know, see and are indeed a part of. That we are unconscious of it or that we do not admit it will not change the truth. The truth that has defined the destinies of several generations and will indeed affect that for which we can say has not been – the unborn generation.

If you live in Africa, then you must have seen a beggar at least once (I know there are beggars elsewhere but my piece is of Africa, by Africa and for Africa). An average beggar is represented by his physically apparent wretchedness, his begging bowl (some even go around in polythene bags these days) and possibly his assistants. I have two distinct classes of beggars depending on those I’ll offer my money and those who will never get to have a dime from me. Those beggars that go around with able bodied subordinates don’t stand a chance with my money, simply because the man pushing the cart would be better off doing a credible job rather than being an accessory to begging. In this case he is not even the beggar; he is an assistant beggar though without any excuse whatsoever to beg. Some would even argue that no one has a reason to beg considering the lives of John Foppe, Cobhams Asuquo, Stevie Wonder and the likes.

If you frown at a man who has decided to live his life begging, what would you say or do about a people whose lives are collectively lived as a race of beggars? If you think it is impossible for that to be possible, then you have not met Africa? 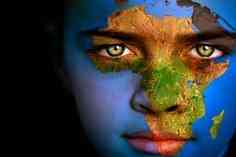 African governments do one or two of two things when faced with any challenge with respect to money; they borrow and/or run after aid from the West. This pot of aid has fetched Africa over $500 billion judging by figures deduced before this decade.(1)(2)

That we have depended on foreign aid is not as much the issue as the fact that such aids eventually find their way back to the source countries. It is simple enough. With the money from aid, our kleptomaniac inept rulers service mind boggling account figures in foreign banks. We end up buying more foreign exchange than necessary because our economies are virtually moribund, as such we must import almost all the supplies of our livelihood. When we export as in cocoa and petroleum, we end up on the beaten side because for every barrel of petroleum we export, we import tons of petroleum products. Ours remain a primary economy.

An economy that depends on primary commodities cannot compete well in international trade because it is only logical for the buying country to gain as much as they can from the finished products of the primary products they imported in the first place.

If the United States pays $50 or so for every barrel of petroleum they get from us, they refine the petroleum and get some other products which we could term secondary products like coke, ethanol, gasoline, diesel fuel, asphalt base, heating oil, kerosene, liquefied petroleum gas and the likes. That is not the story. Read this : One 42-gallon barrel of oil creates 19.4 gallons of gasoline. The rest (over half) is used to make things like:

So then you see why the West can always afford to drop a few dollars into Africa’s begging bowl. The same analysis goes for Cocoa, Gold, Diamond and other major African exports. The truth is, if Africa concentrates on trade, she will be rich enough to lift her over 36 million people that are expected to fall into poverty by 2015. Join that to the current figures and what you get is this: Africa will fail woefully at achieving the Millennium Development Goals except there’s a change in policy and economic strategy.

The IMF (International Monetary Fund) forecasts a GDP of 5.4% growth for sub-Saharan Africa up to 2015. The poverty alleviation effect of this growth is expected to reduce African poverty rates from about 50% to 47%. This looks like an improvement but it isn’t when weighed against Africa’s growing population rate. The population growth outpaces the GDP growth hence more Africans will indeed be living in poverty by 2015. This is so because population growth eventually dilutes the marginal economic growth. It is like a father who used to earn $100 while he had two kids. This means that along with his wife, they share an average of $25 per head. By the time his earnings are increased to $120, he already brought two more kids to the world. His income does actually increase but the per head effect is that each person gets $20, which is $5 short of their previous condition.

With African nations borrowing billions of dollars and getting even more in aid, they have financed the death of their citizens through endless wars and strife. Do not mind that the lender not only gets to have interests, he also gets to have his money back as the weapons of war are the merchandise of the lender. Africa though isn’t as shackled by war as it is by a restricted economy. The reason seats of African governments remain the object of guerrilla and ethnic wars lies in the central nature of most African governments.

Africans may be politically free but in practice Africans are not free. Property rights are virtually non-existent and this means entrepreneurial acts are curtailed from inception. Karol Boudreaux writes ‘‘Decentralizing decision making about how and when to use property gives individuals greater scope to engage in creative entrepreneurial behavior’’ Tom Gordon Palmer a renowned Libertarian also summed it up thus “No system better than the free market, based on well defined and legally secure property rights and legal institutions to facilitate exchange, has ever been discovered for generating incentives for wealth creation. There is one path out of poverty, and that is the path of wealth creation through the free market. (4) When would be entrepreneurs eventually go through the proverbial needle hole of property rights, they are faced with a region that consistently ranks lowest in the world in terms of the ease of Doing Business. A look at the 2008 and 2009 figures show African countries positioned at the foot of 181 ranked countries, the highest ranked African country in 2009 placed 35th (South Africa) (5). When they survive these technical troubles militating against Doing Business, they are met with grossly inadequate infrastructure.

Nothing seems to work here in Africa yet our governments hold tight to businesses they have no business running in a sane world – though ours looks increasing as insane as the thirst in our leaders to steal our common wealth.

Talking about the beggar, no man gains financial independence or any sort of independence for that matter, by begging. As long as you beg, your fortunes remain limited. In fact, that one has chosen to beg means one does not value ones potentialities to create value and earn unlimited wealth.

There is hope for this continent. This lies in its people’s willingness to see themselves better than they currently do. We must remove the beggar’s dirty garb and put on the honourable act of wealth creation through vast economic productivity. Governments and their apologists cannot make wealth; they only know how to collect money through taxes, aids and borrowings. The next thing they know to do after that is to waste such funds on their personal whims and white elephant projects.

A beggar no matter how full his bowl can never claim freedom until he makes his wealth through productive means. You can not claim to be free from me when each time you find yourself in trouble, you come running to me for some aid. Africa must seek the path of economic liberty and prosperity. The future lies in trade.