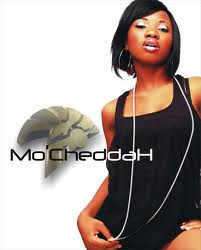 So who is keeping it real these days and who isn’t? May be we should define what makes an artiste real and what does not. The philosophy of freedom of choice grants men the right to see truth and use it as best suited to them. If I sing a song about my struggles and street lessons, would I be keeping it real? Then, the question is, keeping it real for who? For myself or for my audience?

It amounts to sheer hypocrisy for one artiste to accuse another of not keeping it real. Everyone has the freedom to express himself/herself in ways that best suits him/her. Keeping it real starts with the self. What is real to Dodgy may not be real to Dodger, but I know the dollar is real to all. That is the meeting point while every other argument is subjective.
If my primary motivation of being an artiste is to make money, then keeping it real would mean doing songs that will readily sell to the public. This is what some call commercial songs, in the sense that making money is the primary motivation for such songs. Commercial songs have gained more prominence this twenty and first century because man is moving faster than he ever did. No one has the time to analyze some lyrics, because he has a plethora of more useful things to do. People just want something to keep their legs tapping and their heads nodding, keeping them going through the buzz of the society and all. Of course, folks like myself still do care for punch lines, metaphors and the likes, for different reasons, but the teeming majority would rather just listen and move on. Have you not noticed the pre-eminent essence of a good producer in the making of a hit track? Take a cursory look and you would discover that, the most engaged producers are the ones that have made the art of making hit songs a common place.

If I sing just to do what some consider mature music, would I have been unreal? No. If my motivation is to stand out from the crowd of commercial artistes then that is my own way of being real. For me, the best of the lot are those that combine thought provoking lyrics with exquisite beats to come up with albums like 9ice’s tradition and Asa’s sort of albums. Talking about 9ice, what could be more real than doing what I know to do and making the populace sing along like we both wrote the lyrics. ‘’He blabs too much Yoruba’’, what gives you the impression he cares? Nkan to hun anybody no le fenu won so (whatever pleases anybody is what he utters with his mouth). Why would I sing in any other language except the language of the street? The street buys the songs, they know what they want, and they want what they know. Therein lays the secret. People want what they know. More folks can relate with Dagrin’s Everyday track as it is a reflection of what many went through, what the majority are going through and what some will still go through. It is real. That is not rocket science, it is business acumen.

I see those artistes that complain about others not keeping real as a band of losers who should get on the train to another profession. GTBank wants to bank with all and sundry, Zenith bank wants a defined class. Who is keeping it real between the two? GTBank? No! They both are. It is about segmenting the market and designing your product, in this case the music, to suit what you see as your target market. Let the judge be the listener. Who is the listener? Only the artiste can define that question. Everybody cannot like your songs as all men will not see the same thing the same way but you can look to have most people listening to you. When you achieve that and it is what you desire, then the judge may just have passed the sentence of being real on you.

Let us not bring the art of music to the state of military despotism where people choose for us what they think we need. Men are men because they have a right to choose so let the artiste define what is real to him/her and go for it. The listening public will also exercise its right individually. Let me just hint you on the fact that, the most just want to sing along, bang in the clubs and dance. I guess a few folks have been implicated but really I am just keeping it real with myself. Whether you like am, whether you no like am, you sha read am finish. That is real.