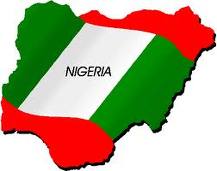 A friend complained to me recently about his difficulty at finding an intelligent beautiful woman – a woman who is beautiful and also intelligent. I told him they are available when his mind can see them, but he ended by saying ‘‘ Beauty and intelligence are at loggerheads’’, to him that meant that beauty and brain don’t travel together. Of course I don’t agree with that but that point should help to explain the above topic.

From the Corruption Perception Indices that have been released over the years, you will find that the most corrupt countries are also the poorest, the poorest countries are often the least free ones. Corruption, poverty, trade and political restrictions travel together as is readily seen in sub-Saharan Africa and parts of Asia. Wolfgang Kasper in his book, Make Poverty History: Tackle Corruption, says ‘‘the development experience over the past half-century shows that poor economic growth is not the consequence of a lack of natural resources, capital or other resources. All economies that have failed to grow have in common that poor rules of coordination of social and economic life –institutions- stood in the way of savings, investment, resource exploration and other entrepreneurial efforts to mobilise productive forces.’’ Any Nigerian who has either lived in or followed the fortunes – or misfortunes – of Nigeria over the past five decades would think the just quoted statement was spoken or written exclusively out of Nigeria’s experience.

The reason our country and our people are still poor is because our country suffers from a continuous haemorrhage induced by corruption, while its people bear the brunt of that and the pain of fetters and shackles as is the reality of several restrictive laws on productivity and self realisation.

An Obasanjo declares a ban on the import of frozen foods and you are quickly led to believe it is for ‘‘our common good’’. Obasanjo runs a thriving farm and it is easy to understand and ‘pardon’ his selfishness as such a ban can only help him increase sales and revenue. Who suffers? The entrepreneurs who left office as strained importers of such products (through exorbitant tariffs before the ban) to losers of billions of naira on a business model their minds have made a life from.

Let us not even talk about the man whose choice of food has been limited to what local producers can come up with. You might think I should write in support of the growth of local industries but when you use your mind and engage your brain, you’d find that local industries do not grow because they are free from foreign competition, they grow because of economic freedom. Obasanjo has since left government – or has he? – But Nigeria’s economic system remains largely dominated by actions of government rather than the dictates of a free market. The only beneficiaries of such injustice are corrupt politicians who trade political favours rather than value-driven sound business strategies as their means of economic survival.

We can have stable power supply if private individuals are allowed the freedom to deduce and provide solutions to the problem ( an act for which moral justice says they should earn their money worth of thought and effort), but then what happens to ‘our brothers’ whose business survival depends on power generators importation and those companies who deal in diesel? So then, do we allow the majority the bliss of more darkness or we let a free market help us decide?

If the railways work effectively, haulage businesses may suffer as most of the goods in their trucks will most likely go by rail. What do haulage business men do? Rather than think of better ways of moving goods or look out for new markets, they seek solace from the government who only needs to refuse to fix the railways or grant any licence to a private firm to that effect. No one even considers the fact that that also helps the roads last longer. A private company would not consider that, they’d only consider their customers.

Imagine a Nigeria without private elementary schools. The public ones would have suffered a worse fate than they experienced until the government had to save them to live another decade. The educational standards of the public schools did not just fall, it got destroyed hence the proliferation of private schools. Despite their number, they are all buzzing and busy with pupils. Rather than encourage them, most governments come up with unimaginable taxes for the owners to pay thereby helping to raise school fees further. If the government could not be trusted to provide sound education, how can it be trusted with educational tax?

What belongs to the government belongs to all of us. What belongs to all of us belongs to none of us hence a few of us help themselves with it by stealing such. What belongs to me is mine and I’ll do everything the law of morality permits me, to ensure I protect my property and my other rights. The lesson here is simple enough; the less the number of things the government controls, the less the room and opportunity for corruption and the more the merrier. A man who has not been given $10 million dollars on behalf of all of us cannot spend such on behalf of us. If we all had to share the money based on our contribution to the purse, you’d find that it would take more time for the lot of us to expend $10million than it would take someone to help us all spend it.

Men should seek their freedom, remembering that anything less places their survival on the emotional sentiments of men who have never permitted themselves to know the essence of liberty. Corruption can be fought but the best way to stop it is to place less opportunities that’d allow for corruption in the hands of those in power. That means a smaller government in a free society.