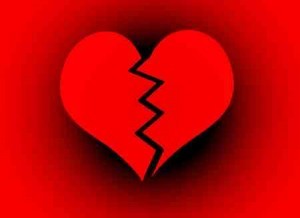 March of 2010 was not the best month of my life but it taught me some important lessons of life that will inevitably come good as I climb the ladder of my life vision. I will save you the details but just tell you I got my heart truly broken for the first time since my mind can remember.

When I say broken, not by a girl I fell in love with but broken by the fact that I disobeyed my instincts and intuition, two factors that had served me well in times past and went ahead with a project that was doomed to end in-a-not-so-good way. Some things are immiscible remember.

If you understand the songs of a broken heart, you’d understand some of my parable-like updates on facebook in that period. Thing is, I’d never say some things directly; delivering them in style as parables is one of the many things that keep me in awe of Jesus Christ. I was really hurt within and needed to be healed fast. I decided a long time ago that nothing within my control would keep me sad all through a day. I must find Joy and Happiness in the midst of my Area of Influence and heal my heart fast.

I found it within and then without. Someone, who should be an authority, said something about my ability that almost broke me but for my decision. When someone does or says something to break your spirit, there’s always a way out of that state. Tell God about it and ask him to show you the Joy that comes from Him and within. I found that Joy in words.

My heart got healed in the words of God and in the kind words of men. I went through the Bible and rediscovered gemstones. Words that encouraged me, gave me strength and belief that irrespective of what anyone says or does, God will never forsake me and His blessings remain true and will take me through my life sojourn. God’s words were really more than enough for my heart but I went further than that. I went on Google, typed my name, and then clicked on ‘search’.

For about 90 minutes, I went through over 20 web sites reading what I had written or what had been written about me. In 2006, my name would not bring anything up on Google but this time it did not just bring things up, it brought words that’d change lives. It brought works in varying subjects from entertainment, sports, fiction, religion, politics, self development et al and when I read through some, I was left to wonder about the effect of some of those words in the hearts of people.

Having said that, what really added the juice of Joy and Happiness to my heart in immeasurable numbers was not in my words but in the words of others. I read comments upon comments. I saw people without any links to me defend my talent in ways I could never do even in my days of aggressiveness. I saw words etched in love and truth, I read well meaning criticisms and I could not stop the tears from rolling down my eyes.

I even discovered words written by the same person who for reasons best known to him chose to give me a downer but whom in the most sincere state had written some of the best eulogies I had received from men. I went on facebook, took some words in from comments on my notes then stopped reading. It was time to finally make sense out of what I was doing.

Someone had tried to make me unhappy by trying to sow doubt in my heart. I could have believed it and sulked to oblivion but I had another choice. I looked into the words of God and saw beautiful pictures of my future. I searched the world wide web and looked at my past through the words of men, then I knew I may not be where I felt I should be but I was absolutely certain I was well on track. I spent time with my emails, especially those ones from people I had never met who expressed their belief in my talents and personality. I praised God in my heart. I had not really started but I was already influencing people way out of my physical reach.

The reason I chose to write this is so you can learn something from it. When something happens that gets you down and makes you feel you are not who you believed you were, you have a responsibility to yourself to find belief in the people and things that give you belief. You can hurt me for a while but no man born of a woman can keep my spirit down for a whole day. God has delivered the key to your happiness right into your hands. You can choose to use it or deliver it into someone else’s hands. The same person who offered you belief and confidence may even in the same day be the one to say you can’t cut it. When a man seemingly breaks your heart, turn your attention to God and also savour the love of those who still love you. You will always find love in someone or something because love is the essence of the world. Love is the string that joins every thing together. It is never lost in nature.

Men are complex but you can make that complexity simple enough by ensuring that your happiness derives from the source within your sphere of influence. Yes, March was not my best month but it taught me some of the most important lessons I have learnt.

It is a long way to the future but it has already started. It is time to discover and rediscover yourself and be sincere with what you can really do well and what you can’t. If some supposed authority tells me I can’t do some things well that I know I was born to do, I’d just look him in the face and keep getting better. I slept that night getting overly confident in my ability. I was more convicted of my ability and the remarks only turned out to be derisory.

Lebron James did have a stinker against Boston Celtics recently but that was it – a bad game, it does not make him a bad player. So then, if it happens that you had a bad day at your job or something and someone says ‘You are not good enough’, tell the person but most importantly tell yourself ‘that is only a not-so-good one but it does not make me incompetent’. Lionel Messi may have a bad game but no sane man would describe him as a bad footballer. The other side of it is that some people don’t need to see you perform badly to shower you with unbelief, they just do it but when that happens, You Just Do It. Look into the mirror and tell yourself how good you are and soon testimonials of your past excellent deeds will flood your heart and like Lebron James you will be making the points again, blazing through guards and walls conquering every enemy and opposition along the way. You are a Success. Success is who you really are and first you must believe it in your heart, because the heart of every matter is a matter of the heart. Have my best wishes in your daily success at succeeding.

I will have to say thank you to everyone who has done one or more of these: send me a supportive mail, inboxed me on facebook, DM on twitter, comments across the web and on facebook and those that go several steps further to call or tell me when we meet. Your words are an ever present medicine when I need some healing for belief in myself. I am constantly working at being a better writer but I am even working more at being a better person not because I am in competition with anyone but I have to be who God designed me to be. I hope this offers you some level of trust in God and belief in yourself. If you believe and act by beginning your vision, you will inevitably become. We are waiting to celebrate you. Cheers friends, I love you even more because you give meaning to it all.