What you see is not what it is… 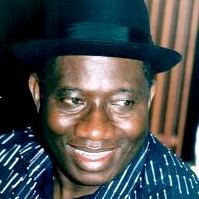 He has never succeeded at anything except in the business of wastage and corruption, yet when he wears a new garb, his subject’s hope is renewed like the dawn of daily mornings.
Every attire he wears – whether in tough looking, well tailored and perfectly ironed clothing materials- with ranks that was to represent a high level of discipline and professionalism but stood only for those that could tell the most and the best lies or in overflowing bags of cotton – that required him to move both hands at intervals, just so he can get through time wearing an attire meant for party-goers rather than for the job of working to serve a people – he is the same old monster.
See their faces again brightened with hope, thinking that a man favoured with power by the providential death of another presidential joke, would look upon them with favour. Like Arsenal’s Arsene Wenger, they are recidivists who suffer the same sin over and again. They never see the hawks as they are until they are through with their own part of a destructive continuum, leaving more sorrow, tears and blood like the legendary Kalakuta President, Fela said.

Tell me how a scheming opportunist, who is bent on diabolically bulldozing every seeming barrier to his perpetration in power, would claim saint hood.
A depraved class, bent on feeding useless, overly insatiable Demon-fathers rather than an impoverished and gullible population. What are these distractions I see in places? Why would one not find their connection with the man who lives in the rock – acting on words from a make-believe demi-god from under the rock? They are obviously bent on sacrificing all forms of opposition on the altar of crude ambition and desperation. You see his smile and that is obvious enough. Even the Evil Genius has a better one if smiling was a weapon. What you won’t see except you pay more attention is the Mephistophelian glint in his eye.

10 billion naira to celebrate 50 years of pain, turmoil, and madness. 10 billion naira to throw down the old drainage of corruption. 10 billion naira to arm the boys in readiness to buy votes from a people who would sell their rights for a few thousand kobos.
Can you not see they are birds of a feather? Is it hard to find that that same old unrepentant do-or-die man who had more chances than any one man to better the lot of Nigerians, is in power again. De-facto, De-jure, no wonder these words exist. They are real. I’d rather a head that sees the people than a soul whose pilot, an old agbaya would help to drown in the same sea of shame as his.
I gave him a chance, offered him a clean slate overlooking the fact that an old corruption tsar actually linked his wife to several dirty deals as governor. Don’t be fooled if I told you your luck is indeed good with him. If you want freedom, exercise it because you are indeed free.

Let him with a mind see the truth and if he has a heart, he can share with his fellow men. Men ought to know.