Take your pick from the lot. Men on display. 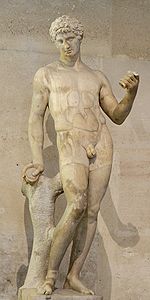 Every woman’s dream is to be with the man of her dreams (the ideal man) and live happily ever after. Why women fall for different types of men is a question we still keep asking ourselves everyday. To me, men are like different flavours of ice cream, once you fall in love with the flavour of your choice, you turn to stick with it even when you change your brand of ice cream; you know what they say, different strokes for different folks. There are different flavours of men women turn to go for maybe due to the different upbringings or circumstances they find themselves in life. Maybe due to self –esteem issues some women only find themselves dating men that would only help to bury the little confidence they have or being the immature and superficial type, some women turn to concentrate only on the physical attraction rather than the inner qualities that really make a man. A man can either make or break a woman. That’s just my opinion anyway.

Some women are so used to surrounding themselves with men who will disrespect them in one way or the other that they easily forget the rare gem that still exist. This is the today’s gentleman. This type is what I call “the gentle, warm and sweet flavour. “He still believes in the sweet values of serving his lady and keeping her happy. To him, every little warm gesture counts. He is the kind who still thanks his woman for cooking him dinner, keeping the house clean (because she wasn’t born to be his slave) and compliments her from time to time. He makes her laugh and gives her butterflies whenever he is around. He accepts his lady for who she is and is not afraid to let her shine. With such a man, you can guarantee that you would go through ups and downs but come out better and stronger together because he is a team player and not a controller.

Some men will never let their women shine in the society and will do anything to hurt their feelings. This category of men is known as the abusive men. I brand this type “the inferiority flavour.” They suffer from serious self-esteem issues. They will do anything in their power to hurt their women either physically or emotionally just to make themselves feel better. They sure know how to strip them off their confidence and make them feel less than humans just to be in control of their lives. They usually do this by making their women believe how ugly they look and how no man will ever date them if they ever try to leave. They will beat a woman at any chance they get. This is the most difficult type of men to get away from because once he brainwashes a woman with his stupid philosophy of life, she finds herself believing that she cannot have a life without him. What she thinks is love is actually a dead trap.

Some men actually do believe that this big wide world revolves around them. This type is known as cocky little men. I call this “the lost-in-his-own-little-world flavour.” I believe men with such behaviour are seriously lacking in the self-pride and confidence department. They will always make their ladies feel like they are doing them the world’s favour by dating them. They constantly remind them of their stupid achievements even when they are the lowest in the ranks. They are enemies of humility. This type doesn’t make a woman feel important or valued; instead she is constantly used as an accessory to elevate his oversized ego.

There is this particular type of men I call “gossip madams” because I strongly feel gossip should strictly be a woman’s pastime. Nowadays, such behaviour flourishes among some idle men. I will like to call this particular flavour “the mademoiselle flavour.” This type will always know the latest news in town even before they happen (because most of them don’t even happen in the first place). They will easily steal the spotlight in their girlfriends’ gossip meetings. I personally do not have respect for men with such behaviours. They turn to be very insecure, envious and dubious.

Furthermore, there is a tiny group of men who go around sleeping with as many women as possible in the name of fun. They call themselves players, I call them man whores. I will brand this type “the run-for-cover flavour.” They love to boast about their premature sexual escapades. To them, they are using women forgetting to know it is a 50-50 situation; after all it takes two to tangle. They have no respect for women. They treat them as play things. They have the slickiest lines ever. But some women help to accommodate this type of men because they keep falling for their dump chat up lines all the time.

In addition, there is a new generation of men who will do anything in their power to scrape women off their last pennies. They are the gold digging men. I brand them “the hide-your-wallet flavour.” They come with “love” in one hand and a gold digging shovel in the other. They will channel all their energy to “love and serve” their women but don’t get confused between this type and the genuine lovable gentleman. Their differences are clear. A gentleman will always insist to pay the bill while the gold digging man always forgets his wallet in a faraway land.

Even though we are very aware of these different types of men, women still find themselves falling for the wrong ones. WHY? Because we are attracted by the common interests we share with others. But I think it should be the opposite when it comes to dating. For instance, if gossiping is your thing, a woman shouldn’t date a man who will overtake her in a gossip marathon but someone who will instead stop her from running in it. However, whatever your flavour, make sure you choose the one that can explode your taste buds and not leave a sour taste in your mouth. Despite all the bad flavours in this article, there are uncountable good flavoured men out there. We still have the ambitious and hardworking men, God-fearing men, well respected and responsible men; down to earth all the way. I duff my hat to you.