How can he be dead when his music lives on? 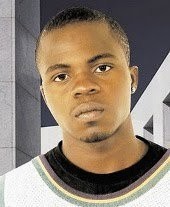 My friend Nike said they said Dagrin is dead. Who said? I asked and she said someone called her from London. ‘’No ! No! No! he is not dead’’, I told her. He had a car accident but he has been at the hospital and was said to be responding to treatment. Dead ke? Dagrin is not dead’’ . Dagrin (1987-2010) is dead. He died at twilight of the day 22nd of April, 2010. He left when his light was still the brightest in the skies, he left us when were still busy giving him the well deserved ovation his works merited. It was difficult for me to take but I took it still so Dagrin is gone never to be seen as a mortal anymore.
He did not die like a forgotten or an unheard hero, though he left in the twilight of day, he died at the dawn of a promising career. He had conquered poverty and now death doth take his life but his music will be played through the times. He rapped in Yoruba but we all heard him because his story is the story of the average African who went through the wire, the tough times to defeat poverty. The Chief Executive Omo-ita may have died but his message and music will live beyond his mortality. This is for you, when you die, what will be said of you? Is it that you died unknown and uncelebrated or that you died in the midst of applause and tears of pain because men would rather fight the gods than let you go. The difference lies in what you are doing to make lives better. All men die, most die without the world even knowing if they ever even lived, some die and the world gets to be happy because they caused pain, some even when they die well into old age, the world weeps because their lives were lived for others. The choice is yours. Dagrin made is and here you are reading about him. What will men say and write of you when you are gone? Will they even be bothered to write? You may be living now but believe me, until you truly live for others you may be as good as dead. You are not alive until your life is helping to make men want to live life more. Make the world a better place. R.I.P Dagrin Olaitan Olaonipekun.