when right is not yet right

This work was taken from GOLD IN THE GUTTER Series by Japheth J Omojuwa :

WARNING: This piece contains a message you can’t find through a prejudiced mind. It looks like a dirty work but there’s a jewel beneath the filth. I hope you 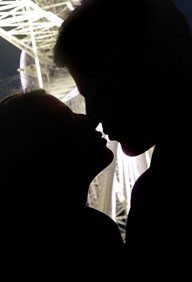 look beyond your hatred of sex talk so you can truly discover the message. Suitable for anyone above 13 .

‘’Baby, why don’t you just tear the gown off, I am excited and expectant.’’ ‘’Shalewa, Noo, every move must count, every moment must go down in our memories to be treasured forever.’’ So I went about my business, leaving Shalewa still completely dressed in her wedding gown.

I had intentionally conserved my energy during the endless wedding ceremonies and rituals and I had advised her to do same, so we’d have more than enough energy to take us through the coming nights. This night happens to be the first of a series of match ups that’d take us through 3 continents, 7 hotels, with the last act culminating on one of the many beaches of the Dubai islands. You don’t rush a meal you will have for as long as time permits.
I started from her toes and told her to just rest her back on the chair. I slipped my fingers through each toe and stroked each fibre of nerves underneath her feet. I could see the fire in her eyes at this point even when I knew we hadn’t even started.

I ran my hands over the length of her leg and surprisingly, I could hear the sounds coming. ‘’Baby, just get this gown off me, please.’’ I turned her over, with her face on the cushion. I unzipped her gown and kissed every part of her back exposed by that act, and then I went about managing the locks of her inner wears. I thought to myself, ‘’ If you knew you’d be doing this, why put up this barricades?’’, but she was used to dressing that way for the better parts of the 18 months I had known her for. Moments later she was all naked but for her white panties. I loved her image right then, so I didn’t want to remove them panties. I intend to take her to heights she had never been and just when she’d be thinking nothing could best that, I’d strip her off the last item of defence and slip my length into her.

We were almost one body at this point. All along, my hands would either be cupping her breasts, stroking her nipples or just playing around the upper part of her body. I had mentally marked the distance I’d take her to before lifting her to the Centre of Bliss. She had insisted we called our main bedroom a name and I told her to name it. She couldn’t come up with any names but said she’d call it Centre of Bliss for the night of our wedding, CoB for short. I could taste the smell of her blood now and it looked like I was eating into her. She wasn’t making any sounds; she was taking it all in. I gently withdrew my mouth from hers and went down on her navel. I sucked into them and mixed it up with a little tingling with my teeth. I thanked God for having the music on as her moans accelerated from zero to decibels in the regions of a night club with a loud single source of sound. I enjoyed getting my hands busy because I believe in multi-tasking. My hands were squeezing on her breasts at this point and her moans sounded more like she was crying now. I raised my head to look into her eyes but they were closed. They were closed like they didn’t want to see anything. Tight close.

After about 35 minutes of playing around, Shalewa started shaking and jerking. I knew what that meant even though it was unexpected because I felt I hadn’t even started with her. ‘’Baby, you have to do it now. I have waited all my life for this day and you are setting me off. Baby please, come into me.’’ I could feel Shalewa’s pain, she had kept herself for 26 years and had always looked forward to this night. I just wanted to honour her patience and dedication to her beliefs and values by ensuring she took in every moment and every move into her memory. She deserved the best sex ever because it was her very first time.

I lifted her off the chair for the final consummation of her womanhood. I had never done this before myself but I didn’t tell her that. I will only tell her after the first cycle of love making. What do you think a cycle is? That’s what you’d call a round.lol.

While I was moving Shalewa to the bedroom, I was playing around at the same time and took the time to remove the last object of defence. We had a new white sheet on and had our decorator design a theme of Blue Rose for the night. She had insisted on having Shade Adu on repeat even though I silently wished we had Corrine Bailley Rae. Corrine’s voice got me off reality into another world far from here. She gets me into a world that is though not the classic Heaven, but heavenly in its bliss. Shade Adu does same but I always imagined this night with CBR’s voice leading me.

We had Shade Adu on. The sound was very much underneath the atmosphere you could barely hear it but it was loud enough for our taste and spirit. I had the chocolate cream spread all over her body and sucked it all out doing something I had always considered dirty. I instinctively went in-between her thighs and planted my lips at the smallest most beautiful spot in the world I had ever seen. She spread her legs and could not stop moaning and name calling. I had never heard my name sound so supernaturally sexy. I didn’t know she’d call me my name again after months of answering all the sweetest adjectives in the world including Jaffa Cakes. Imagine? me a cake! Lol. I continued and was really enjoying the sounds she was making more than I was enjoying the act. My bad-boy Uncle once told me there was only one thing better than the Eldorado of sex itself and that according to him is what I was acting out now.

When I stopped, I quickly moved to turn Shalewa on top of me as she said she’d like to have me under. When I asked her for a reason, she said she wanted to feel she was the one coordinating the session. Of course she had forgotten that now, but I loved the idea of having her on top. I had my two hands on her bum while she had her lips on my chest. We had gotten to the point of Eldorado. This is the moment Shalewa had desired for years, the moment I secretly waited for myself, even when my friends thought I had slept with a thousand girls.

‘’Baby, won’t you answer my question?’’. I was looking at Shade on top of me. I didn’t understand anything she was saying. ‘’What question?’’.’’What question? So you kept quiet for that long acting like you were looking for the answer to my question?’’. By this time, I was hoping Shade would keep quiet may be I could see Shalewa again but she didn’t. ‘’I asked you to imagine the night of our wedding.’’ Oh oh, no wonder I was seeing all of that. My ideal wedding night had just been disrupted by the question and the person that led me into it. ‘’ Shade, there is nothing to imagine’’ ‘’ Can’t you imagine the sex on that night?’’. ‘’The sex? What is there to imagine about the sex? We have done it over and again sweetheart, there is nothing to look forward to!’’ By now I was already thinking of leaving Shade for someone else. May be not a Shalewa but someone I could look forward to having on my wedding night. Shade’s question had been a mind opener but ironically it killed every bit of feeling I had for her. ‘’ NOTHING to look forward to? If you have nothing to look forward to then I think you are a waste of space. I am wasting my time with you. I don’t even feel like continuing this thing anymore.’’ She paused and waited for a response but I did not oblige. ‘’ Won’t you say something? .‘’ The only thing I am looking forward to is when you finally act on your last but one sentence. I thought you’d never say that but sweety, it’s the sweetest thing you’ve ever said.’’ ‘’ My last but one statement? What was that again? Baby, please tell me, what was that? I want to say it again if it’s the sweetest thing I have ever said.’’

With the smile on her face, she apparently didn’t know that I was referring to her threat to leave me but gradually the colours started fading from her face and then I knew I was going to have a long day. THE END.

PS: A piece from my GOLD IN THE GUTTER SERIES, a collection of my thoughts and imagination. I hope you found the gold. All the characters and events are fictional but…