emains the hub of music piracy, making Alaba market the blessing and/or the curse of the Nigerian artiste depending on how you look at the notorious capital of piracy in Nigeria . 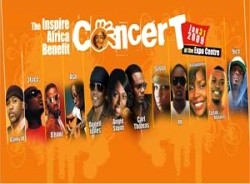 Alaba  remains the most viable means of  pushing your CDs while it still remains the hub of music piracy,  making Alaba market  the blessing and/or the curse of the Nigerian artiste depending on how you look at the  notorious capital of piracy in Nigeria .

Now that Kelly Handsome has thrown down the gauntlet, will the recipients of his grouse respond by picking up the challenge? thereby thrilling fans with their pettiness and childishness. We will wait to see what happens but before then though, Kelly wants us to know it’s  fender to bumper rather than the bumper to bumper we all rocked all across the diaspora and Nigeria .

Do you agree M.I. is just another version of Lil’ Wayne? If you do, you may just be sharing the same opinion with Mode 9 who in a track expressed something close to that, while not mentioning any names he wants us to know that a certain Naija MC is trying to be just another version of Mr. Carter ,if only Mode would stop  being  9ice and go the Rugged route by naming names. Watch this space for the several sequels.

Don’t you think it’s high time we got a Grammy winner from the pool of talents in the Nigerian Music scene? There is no longer novelty with the MTVs ,the MOBOs ,the WMAs, the MAMAs et al ,I think winning a Grammy  is the next bar. Thanks to Tuface and to some extent D’banj for raising the bar but we sure know that it’s high time we celebrated a homegrown Grammy award winner.

We used to know Eedris Abdulkareem as a rapper but somehow I have not heard him do a rap song since Rugged Man told him he was rapping like a mumu. Did he actually need a Rugged flogging  to desist from mixing dudu and fufu while he tries out with singing juju. Meanwhile, who did not shake to ‘mi o shakomo’? so why did it take one man’s opinion to change a multitudes against who was supposed to a Nigerian music messiah.

Where are the likes of  Eddy Remedy , Tripple B, Black Reverendz and others? They blessed us with the hits long before Mo Hits made that a culture. Who amongst these guys do you really miss and would pay a few quids to watch if they had a concert in your hood?

Is the Nigerian Hip Hop scene the hippest in Africa? If Yes, why?

Who do you think is the likeliest Nigerian Hip Hop artiste to break into the US or UK market? I’m talking about breaking into these markets not the expected sales among Nigerians in these markets. Dare Art Alade is daring the status quo and I think he’s got a chance. What do you think?

Between 9ice and Isolate who is the photocopy of who? 9ice told us ‘photocopy ko easy’ ( meaning photocopy is not easy) only for Isolate to ask ‘ tani photo, ta no n copy?’  ( simply meaning who is copying who?) .They really do sound alike even the Pype and Sean Paul likeness doesn’t come close.

How many of you still miss AIT Jamz? Ke Ke Kenny Ogungbe and Dayo D1 Adeneye  raised the ante and whether you love to hate them or you just love to love them, their names will not be missing when the archives of Nigeria’s Music scene are unveiled.  AIT Jamz on Friday nights was a culture that had such dedicated followers.

Gidilounge remains the hub of Nigerians home and abroad who desire the true essence of the Nigerian entertainment scene but the real deal has to be you because going by your dedication and contributions on this site, Gidilounge has become the platform for the most passionate and most enlightened Nigerians all across home and abroad. I know this because I monitor data ,comments et al and I can conclude that nothing can happen without you, so I’d shout ‘THANK YOU’ for that.

If  former President Olusegun Obasanjo were to release an album what do you think he would sing about? I think some of his tracks will be ‘Do or die’, ’I better pass Musa’ , and ‘GSM’.

Who actually monitors record sales in Nigeria and  where can we get the most credible chart (in terms of top 10 or top whatever)?

When are we going to have another artiste who will call names of politicians and  give us proven facts of how they messed up the polity like Baba Fela did with his several conscious tracks. May be our politicians are now holy or what do you think?

Do you agree with me that the MoHits name is just apt for Don Jazzy’s group as they have consistently released hit albums rather than the usual hit track on a dour album that we often get from some artistes ?

If you had to listen to ONLY one Nigerian artiste through out a year, who will that be ?

Let’s stop here for the day,I will come up with some more  flakes before you are through spelling Japh. If you’ve got some cool stuffs you’d love to share mail me on king_japheth@yahoo.ie or  admin@omojuwa.com or better still find me on face book ‘Japheth J Omojuwa’. I’ll try every stuff that’s dope and even give credit where due, isn’t that cool? Gidi up peeps.