Jay Z and the talk about Satanism 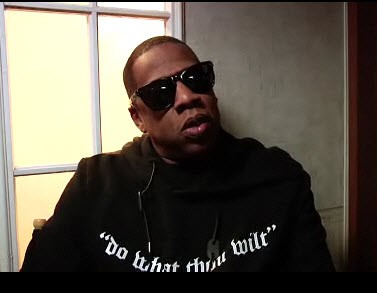 There is something about rumours, they are often untrue. Jay Z has over the years been accused of being a Satanist, a worshipper of satan who represents Lucifer’s interest in the global quest for human souls. I don’t always believe rumours and I always felt the best way to treat them is to ignore them until they die a natural death. The Jay Z Satanist rumours refused to go. Why ?  Jay loved it , fed it and fed on it. It became a part of what he stood for. With the world believing he is a  Freemason and an Illuminati, he becomes the  rapper who in essence is the most powerful artiste breathing. From what I know, you need to belong to the bloodline to be an Illuminati, Jay Z doesn’t belong to the bloodline of Illuminatis. The Illuminatis are considered of the 13richest blood lines in the world. It is a cult you only belong in by birth so Jay Z considering his birth and lineage can not be an Illuminati. He enjoyed the talks so let it persist. 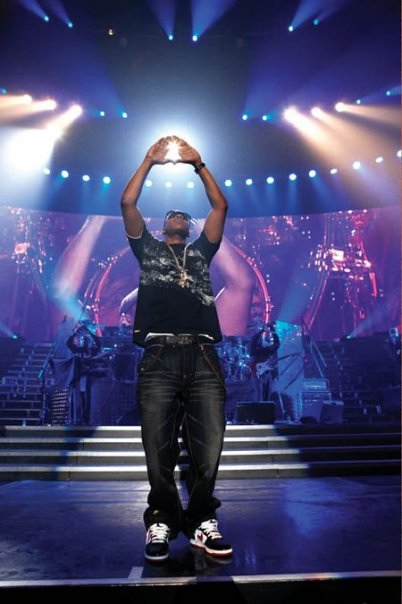 Given the opportunity to set the records straight, he goes on a vague talk and ended up getting more soldiers into the army of those that insist he is evil. I never did buy into the Jay Z Illuminati or devil worshipping rumours but when I read through his answers over and again and found his views on God and religion were vague, I decide that surely he can’t be an Illuminati as that is an exclusive group you don’t get in just because you are arguably the greatest rapper alive and you have some hundreds of millions of dollars, running into 8 zeros dot zero, but while it is obviously a choice he has a right to, I won’t be surprised to find he is indeed a Satanist. He believes in god but he could mean Satan, money, an element or anything for that matter. Belief in God is black and white, you either believe in the Almighty creator of the heavens and the earth or you don’t. That does not mean you still can’t believe in something as your own god. Prodigy has revealed a few things with respect to the game and black involvement in Satanism. The rapper may be in prison but Jay Z’s last interview with Angie has led credence to this revelations.

How does this affect me? Well it doesn’t . How does it affect you? Only you can tell. How does it affect the children and the folks who have themselves made Jay Z a god? That is where I am concerned. His views on God will only confuse folks who are just too gullible to drink and eat every filth that comes through the internet and television especially if that filth is shared by ‘‘ the king of the empire state of mind’’. I am not sad about this whole Jay Z thingy, I am only concerned for the world. Men are being led astray.

What about this? Ordo Templi Orientis (O.T.O) are Satanists who believe that Lucifer is the first son of God and was given the earth as an inheritance along with the fallen angels numbering about 200. Jay Z and some well known A list celebs have been linked with them. Jay has even been spotted wearing a shirt with the inscription ‘‘ Do what thou wilt’’ which is the official dictum of the Ordo Templi Orientis (O.T.O) and of its reformer , occultist Aleister Crowley. What about the videos? Well we could argue that they are just that, musical videos but are they just that? You have to pay attention and be careful. I have read Satanist stuffs and I know their greatest weapon is sex closely followed by music. What are the two strongest pulls on the television and the internet? You answered right. That age of the anti-christ has long been with us but never has this been too obvious. Is Jay Z a Satanist? I still can’t say a yes or no to that, is he promoting Satanism and occultism? Very few souls are doing as much as he and his cohorts are, in bringing the cult to your homes. Kanye West got introduced to most homes by declaring Jesus walks, Beyonce once said she would not diss an old mate because she would not compromise her Christianity but now they are in Jigga’s camp of agnostics or what do I call it? I am still trying to see why Beyonce’s ‘sweet dreams’ video isn’t satanic. Jay Z was my best rapper and I often quoted him even in my important speeches but the only reason I listen to him today is for curiosity.

As I close, let me say it is more important to worry about what you believe than to worry about what others believe in, but let me also say that the devil is on rampage and the body of Christ must stay awake and even be watchful of seemingly unharmful messages and personalities. You can keep quiet and act like it’s no business of yours and watch the devil make ‘‘all black everything’’ of everyone.Live entertainment is now often Evil entertainment .Nothing has changed except everything. It is time to use your heart, your head and your soul to watch and pray.

Whichever dumb and deaf god you chose to worship or believe in, a day comes when every soul, dead and alive must bow to the King of Glory, who died on the cross that man may be free. He will judge the world. When men die, they are face to face with judgement. Christ will come and evil will be sent to hell and the abyss forever. What do you think would make a man say he does not believe in hell? Men, think and think deeply, the devil is on rampage and you must ask if you are not already his agent. Yes, you are either with the Almighty God or you are with the devil. It is that simple but men would rather have you believe otherwise. This is not the end of these.